Who is Abigail Shrier?


The book Amazon doesn't want you to read, OUT TODAY: https://t.co/l9NMKM6F5J

To the hundreds of families going through this horror right now - thanks for your phone calls, your DMs, your help, your support and your trust.


And anytime I see someone claiming that their book or video or mimeographed pamphlet is something that '[someone] doesn't want you to see," I generally figure I'm in for a trip through the funhouse.

Okay, so the title of the book is:


She apparently thinks that people being trans is some kind of a fad, the latest novelty, so you know this is going to be serious scholarship.


Here's some of the book summary from Amazon


Until just a few years ago, gender dysphoria—severe discomfort in one’s biological sex—was vanishingly rare. It was typically found in less than .01 percent of the population, emerged in early childhood, and afflicted males almost exclusively.

Is this true? Is any of this true? Pretty doubtful. Ms Shrier seems to be falling into the trap that many of the top sociological researchers fall prey to which is the assumption that if she hadn't heard about it before, it didn't exist until just now. Science is hard.One might consider that up until recently, being transgendered was something that was not socially acceptable to talk about in any context other than a cheap sitcom joke where the main character discovers that his old Army buddy is now a beautiful woman and boy is that awkward! 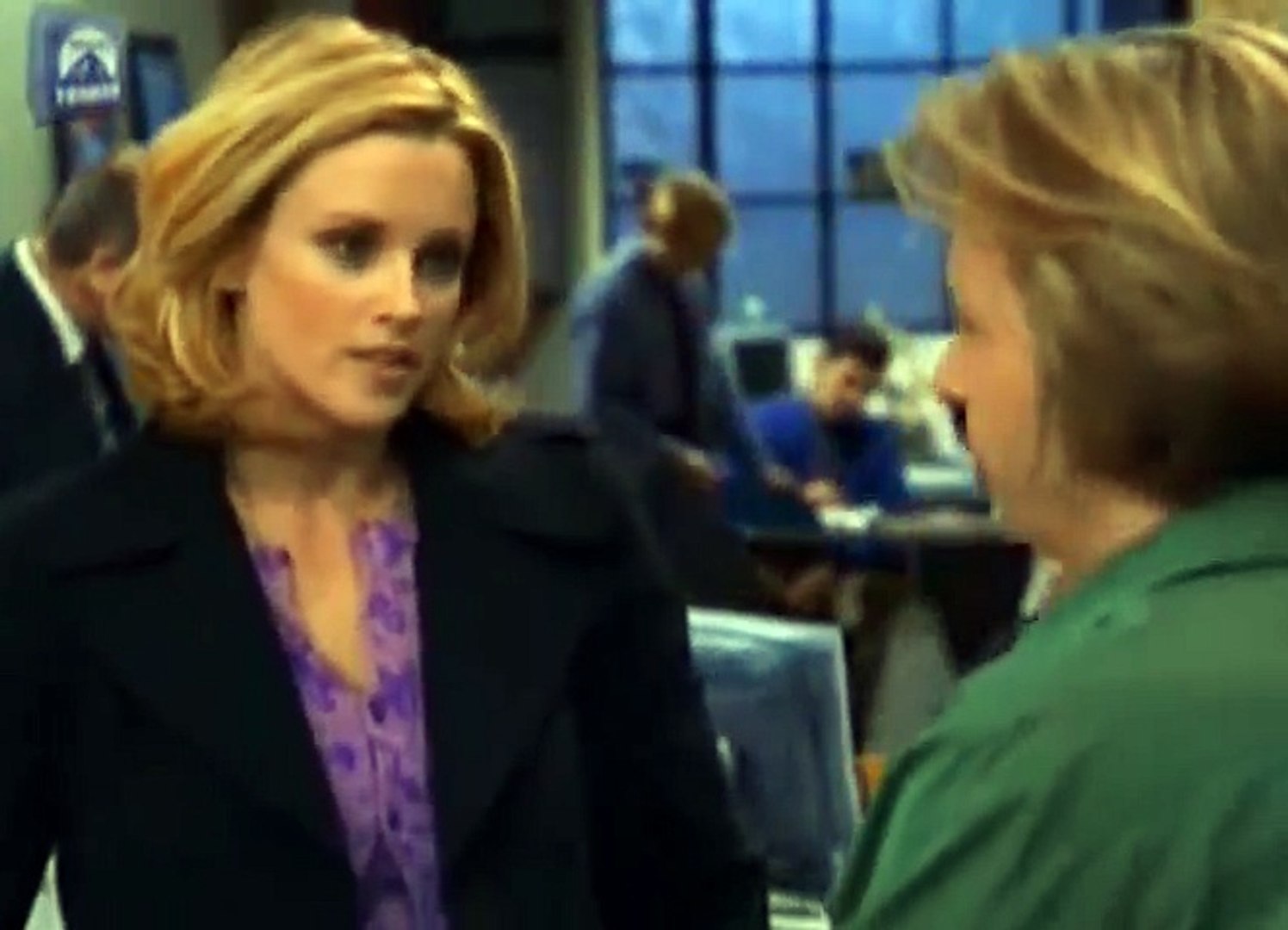 But in the end, we all learned a valuable lesson about something, probably.


But today whole groups of female friends in colleges, high schools, and even middle schools across the country are coming out as “transgender.”

I don't think so. I, being a cis/het person, have never had to deal with the experience of "coming out," so maybe I'm wrong, but I don't think coming out is generally a group activity. I find it hard to believe that a bunch of sorority sisters are sitting around going "i'll come out as trnas if the rest of you do!" "No, you first!" "Come on, guys, I don't want to be the only one coming out as trans! If you're my friends, you'll all be trans too!"

Also, transgender is a thing. You don't need to put quote marks around it like it was a slang term for something else.


These are girls who had never experienced any discomfort in their biological sex until they heard a coming-out story from a speaker at a school assembly or discovered the internet community of trans “influencers.”

And you know this how, exactly? How on Earth do you know what these women felt or thought about themselves and their bodies before seeing "trans influencers" (whatever the hell that means) online? And, look, it may very well be that some trans people don't really realizr that they are trans until someone is able to put a name to what they are feeling. I knew a trans woman back in California. Only I diidn't know he was atrans woman. I don't think s/he knew. I suspect that this person, let's call him "Jim"  thought just like the rest of us did , that Jim was just a very effeminate gay man. Until one day he was no longer named "Jim," he was named "Jane."

Here's another "coming out" story.It's not about a trans person, but I think it's illustrative of the point I'm trying to make (Aand yes, I am trying to make a point) I met a guy once, a friend of a friend, who had been happily married to a woman. He said he loved this woman and she loved him and everythin g was fine except that in the back of his mind, he always felt that something wasn't quite right, that something was missing. Then, as he tells it, one day he suddenly realized what the problem was and he said to his wife "honey, I'm queer!" (his word) Now he's happily coupled with another bear and his ex-wife is with a woman. Happily ever after is possible after all!

The point is that it apparently can take people quite a lot of time to realize who they really are.And it makes perfect sense that a lot of people would come to the realization about their gender or sexuality in college, the first time they're not being watched over by their parents, maybe they aren't attending the same kind of church. Maybe college is the first time some people ever meet an out LGBT person and that helps them to realize something about themselves.

At any rate, being trans is not something that young people are trying on because it's chic or trendy or because all the cool kids are doing it and they want to be in with the "in crowd." It's just who they are.

No, we just covered that. Trans isn't "hip." Coming out as trans is probably a very difficult decision for these young people and fuck you for making light of it.

I remember, when I was a teen "gender-benders" like Boy George, Pete Burns, and Annie Lenox were "hip."

I remember trying on some of my sisters' cosmetics. I bought a string of faux pearls, pierced my ears and wore a lot of pink. That was something I did because it was cool. It did not make me trans. Or gay,. Or anything that I already wasn't. Being transgender is a toitally different thing. It's not fashion, it's not a trend or a fad, it's just who some people are.

Unsuspecting parents are awakening to find their daughters in thrall to hip trans YouTube stars and “gender-affirming” educators and therapists who push life-changing interventions on young girls—including medically unnecessary double mastectomies and puberty blockers that can cause permanent infertility.

Oh ny God, yes! That and other things that have never happened!
Sarn those "gender affirming educators." If a student says to her teacher "I think I might be a male person in a female body," if the teacher would just have the decency to say "the hell you are, now sit down, freak!" there wouldn't be a problem. Instead, what happens all too often is a young lady asks her guidance counselor "how much do you know about transgender people? Do you think I could possibly be trans?" and the guidance counselor says "oh, ye. Absolutely you are. Now I've scheduled you for an appointment with a surgeon who can lop those pesky boobs off and then we'll see about having a wang installed. No, no, too late to back out now. Take these pills. they'll put some hair on your chest!"


Abigail Shrier, a writer for the Wall Street Journal, has dug deep into the trans epidemic, talking to the girls, their agonized parents, and the counselors and doctors who enable gender transitions, as well as to “detransitioners”—young women who bitterly regret what they have done to themselves.

Again, I am far from an expert on this subject, but I do know that gender re-assignment is a long difficult and expensive process. It is not something that anyone rushes into. I don't think one could rush into it if one wanted to. There are a lot of steps that come before any surgical changes to the body. It's not like getting drunk and waking up with a tattoo.


Okay, now you're just making shit up. No one's social status is being boosted by coming out. I guarantee that most, if not all of these girls have lost friends - either because their friends are just bigoted, or because things just get "awkward" or because I think a lot of women would see the desire to live as a man to be a betrayal of feminist values.

Coming out as transgender immediately boosts these girls’ social status, Shrier finds, but once they take the first steps of transition, it is not easy to walk back.

I think it is. I think the first steps are easy to walk back. I Googled it and I found a list of all the steps involved on a site called phillygaycalendar.com/
Here are the first couple of steps:

Okay? So this is not something you can wake up in the morning and decide to do. You can't just say "I'm not having a great life as a man, I think maybe I'll try being a woman" and just pop in to the nearest sex-change-o-mat and get your torso redesigned.


Coming out as transgender immediately boosts these girls’ social status, Shrier finds, but once they take the first steps of transition, it is not easy to walk back. She offers urgently needed advice about how parents can protect their daughters.

And Abigail Shrier is defintely the person you want to take psychological advice from. She has a degree from Yale.
Law School.
Her degree is from Yale Law School? Hold on.
You know, maybe this creep doesn't actually know what the hell she's talking about after all!