This was some "news" organization's angle on the sickening Jeffery Epstein story:
(it's apparently from Forbes.)

From private island to private jet: What is 'billionaire' Jeffrey Epstein's net worth? 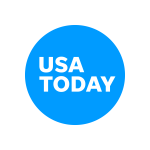 Why? Why is this the question?
Who heard the horrific Jeffery Epstein story and thought "I wonder if he's really a billionaire? I think that's something my readers would want to know. I should really delve into this aspect of the appalling, horrifying sex-crimes story. Jeffery Epstein accused of heinous crimes against underage girls? Time for some investigative reporting! Does anyone have a contact at DeutscheBank? Can we get ahold of his tax returns? God damn it, our readers deserve to know whether this vile, loathsome serial rapist of children is really a billionaire or not!"

Oh, and here is the lede sentence:

Who is Jeffrey Epstein? It turns out that the descriptor most used to identify him over the past decades – billionaire – may not even apply.

Really? Is "billionaire" the descriptor most often used to describe Epstein?
Not "degenerate?"
Not "pervert?"
Not "sexual predator?"
Not "rapist?"
Not "child abuser?'
Not "vile, loathsome swine?"


The most definitive view came late on Friday, when federal prosecutors in New York said records obtained from a financial institution they did not identify showed that Epstein is worth more than $500 million and makes an estimated $10 million a year.Messages to Epstein's lawyers were not immediately returned.


No! You don't say! It's almost as if Jeffery Epstein's lawyers have a bigger problem on their hands at the moment, what with their client being a serial sexual predator. (allegedly).It's almost as if not even his own fucking lawyers give a shit about how much money the son of a bitch has because WHY WOULD ANYONE CARE ABOUT THAT RIGHT NOW?

One of the easier ways to gauge some of Epstein’s net worth is through his real estate holdings and other possessions, which were listed in a July 8 court filing by the U.S. Attorney’s Office for the Southern District of New York.

Holy fuck, Forbes! I get that you're a financial publication and you instinctively are going to look for a financial angle in every story you cover, but maybe if the only angle you can come up with for a story about sexual predators is the (alleged) sexual predator's wealth? Maybe just leave that story alone.
jesus Christ!