This is what we're up against

There's a sign you've probably seen if you've ever been to or watched footage of any pro-choice rally or any other pro-progressive demonstration. there are any number of different versions, but they all boil down to some version of this: 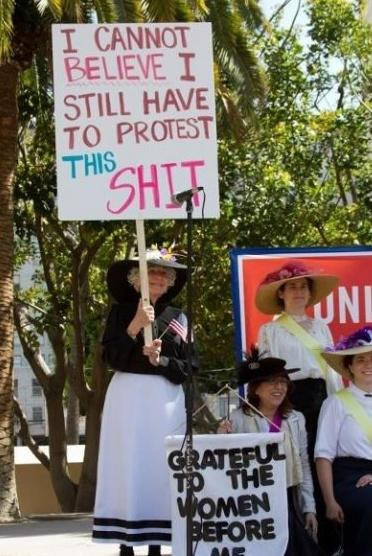 Well, guess what? Believe it.

If you believe one thing, believe this. They will never ever EVER quit.

The right wing is like the Terminator. It has no feelings, no emotions, it cannot be reasoned with. And it absolutely will not stop ever until you are dead! (paraphrase)

This is partly because, no matter how insane their ideas sound, there area a lot of true believers on the retrograde right. But also because they have a bottomless supply of money to hire professional wingnuts and build up their alternate-reality infrastructure.

This is what we're up against:

Billboards are NOT cheap. I don't know exactly how much they cost, but some kook came up with the idea to use a fake quote that has been falsely attributed to Hitler to make a phony point about gun control and this kook was able to get the money to do it.
Does it matter that this is total bullshit? That Hitler never said this? That he in fact relaxed the gun laws that had been in place during the Weimar Republic? No. Because someone will believe it. And the amount of money spent to maybe convince one gullible sap that gun control is somehow Hitlerian is worth it because the right has an endless supply of Kochs and Waltons and Coorses and Scaifes to fund as many ridiculous right-wing myth-making projects as they can come up with. Hell, remember the anti-Arab posters Pam Geller got put up in NYC subway stations? You think those were cheap? No. You think she scrimped and saved to pay for 'em? Hell No. I don't know if she got some eccentric billionaire sugar daddy money or a whole bunch of deluded pensioners sending in their social security money, but money will always show up for right-wing nonsense and hatred.

So, yeah, you're gonna have to fight this shit again. And again. And again. Because right-wing ideology never dies. No matter how many times you rebuff their advances, there they are in the next election cycle, ready to fight the same battle all over again. And they'll be there the next election and the next, just waiting for decency to let its guard down. You think you've destroyed a right-wing idea? It comes back as a zombie. Or a vampire, or Jason Voorhies, or I don't know, the point is they are never really dead. 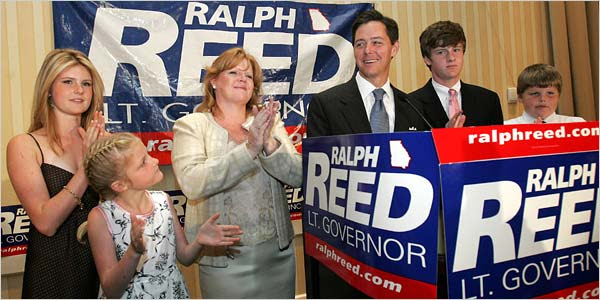 This guy was off the Sunday talk shows for what, a year?

You think an issue is settled? Think again. You thought maybe Roe v. Wade settled the abortion issue? Guess again! That battle is just beginning to be re-fought.

You thought maybe we no longer lived in an era in which the government had any right to regulate what you do in your bedroom?

You thought the Lawrence decision was the final word on whether government had a say in your boudoir? Hell, that was ten years ago, the troglodytes are coming out swingin' for round two! (okay, probably not swinging, exactly, but you get the idea)


Did you think that some things were so settled, so widely agreed-upon as to not even merit being the subject of debate? Like maybe the idea that kids should attend school? Wrong again, Pollyanna!

Yep, that's a state senator from Utah proposing that kids no longer be required to get an education!

And, yes, he's one of those Osmonds.

Check out his diatribe here, if you aren't sure whether he's deadly serious. He waxes nostalgic for a time when education was not compulsory and parents decided whether to send their kids to school or into the factories and mines. And he thinks that parents should take it upon themselves to teach their kids the principles  of physics and chemistry and biology, because anything that a kid wouldn't have learned pre-1890's probably isn't worth knowing anyway?

And this is the picture he uses to illustrate his argument:

Because, I guess that was the sort of place where future micro-biologists and electronic engineers could be trained up in his fantasy world?

This shit is not going to ever stop. It's only getting worse. For Gods' sake, Christine O'Donnell has just re-surfaced (no, really)
There is no level of disgrace from which these people can not resurrect themselves, and there will always be media outlets to give them platforms.

No, the other one

.
No, I mean their playbook.
﻿
I mean decent, sane people need to follow the example of the lunatic right and vote. Not just for president. Even if Barack Obama had turned out to be the progressive we had hoped for, there's only so much he could have done (although, something?) We have to turn up for mid-term elections. We have to turn up for primaries, before the decent progressive candidates get weeded out. We have to vote for State Assemblies, because they're the ones who do the re-districting every ten years. (or whenever the hell they feel like it in Texas) We have to vote for mayors and school board members and city councilmembers and goddammned dog-catchers if that's what it takes. They know how important voting is, why do you think they work so hard to restrict it? I mean, everyone thought the voting rights act was settled law, right? Well guess again!
That's the kind of shit we're up against!
Posted by Professor Chaos at 9:37 PM 2 comments: