I saw this headline on Yahoo!

You Won't Believe The Stupidity Of The Latest Attack On Walmart

So already you can tell this is going to be good, solid objective journalism!

If you thought Mayor Bloomberg’s failed assault on certain large sodas sold in certain kinds of stores was arbitrary and capricious, get ready for a similarly bizarre attempt to punish large retailers.

I thought it was frivolous and whimsical, but do go on, Mr. Roget!

The salvo is called the Large Retailer Accountability Act (LRAA), but just think of it as yet another effort from the DGDP: the Department of Good Deeds Punishment

Yes, because if Wal*Mart is known for anything it's for having done so many good deeds. . . wait, Wal*Mart? What good deeds are we talking about?


For its sin of providing millions of working class Americans with good service, broad selection and low prices, Walmart might as well have painted a (Target-style) bullseye on itself among progressives.

Good service? Good service? I mean, I'll give you low prices, and I guess I could go along with broad selection since that implies quantity and not quality

But good service? In a Wal*Mart? I'm not complaining, I think for what the Wal*Mart employees are paid, customers are lucky to get any service at all, it's like adding insult to injury to tell someone that have to work for Wal*Mart wages AND be good at their job and have any enthusiasm. I know I don't have any and I get paid a lot more than that. But anyway, I guess my point is Good Service?
﻿

In order to punish this good deed, though, the rebarbative chairman of the D.C. City Council, Phil Mendelson, has been pushing an extraordinary new law that would apply only to large national retailers, with more than $1 billion in sales, who open D.C. stores of greater than 75,000 square feet.

Ooh, "rebarbative!" You know, nothing screams "I'm afraid that people will figure out that I'm not all that smart" like casually dropping a word like "rebarbative" into a sentence. And before you say anything, yes, I admit that I often go to Thesaurus.com to find a five-dollar word to express my two-bit meaning, but I usually do that to find a funnier-sounding word. I assume most of the readers have already figured out that I'm not the sharpest bulb in the drawer. So what is this horrible rebarbative new law? (see what I did there? Funny word.)


Such firms would be required to pay a “living wage” of at least $11.75 an hour to all employees


I like how you put "living wage" in quothes, there, because I don't really think $11.75/hr really is a living wage either. It comes out to about $24,400 per year, gross. You try living on that! I know that's not why you used the quotes, you were trying to imply that $11.75 per hour is an exorbitant amount of pay that would bankrupt poor little Wal*Mart while its employees reclined in the lap of luxury, but we both know that if the minimum wage had kept up with inflation, it would be a little over $22/hour. So, $11.75 hardly seems excessive.

So the LRAA is a super-duper minimum wage proposed mainly to punish a single company, which is why wags in the press are calling it the Walmart Living Wage Bill.

First of all, paying your employees a halfway decent wage is hardly being "punished." It's behaving like a decent human being. Secondly, it seems that this law would also apply to Target, Home Depot, Lowes, Costco, etc. although at least two of those companies wouldn't be affected because they already pay their employees halfway decently.


You may well ask why Walmart allowed the matter to get this far: When it comes to breaking into northern urban markets, can’t one of America’s largest and greatest companies steamroll a few local-yokel pols? Can’t it grease the right palms?

Yeah, what the hell is wrong with this city? Won't anyone accept a bribe? It may surprise you to learn that Wal*Mart does not get to decide how far the matter goes. Shockingly, this is still a democracy, and our elected officials make the laws, and they actually aren't supposed to make them to cater to the Walton Family.

And the answer is: Walmart is way ahead of you. In its D.C. push, which has been underway since at least 2002, Walmart has thoughtfully gone around making the kinds of “donations” to politically-connected figures that wedding guests gave the Corleone family.

You do remember that you're trying to make Wal*Mart the Good Guy in this story, right?

It put on its payroll the treasurer and campaign manager of a key city council member, Yvette Alexander. It invited neighborhood activists to a focus group that paid $100 and dinner. It spent hundreds of thousands of dollars on local charities like the Greater Washington Urban League and D.C. Hunger Solutions. It arranged a healthy-foods photo-op with Michelle Obama. And it spent in the “eight-figure range” (in the estimate of one journalist) to sponsor a traveling exhibition on the African-American experience that was led by NPR host Tavis Smiley, who proceeded to praise Walmart at the swanky opening-night party amid many influential black leaders

Really, Tavis? Goddammit, must EVERYONE be a disappointment to me?


And even in statist D.C., there is recognition that an efficient free market, unlike the city’s sclerotic bureaucracies, is a near-miraculous method for lifting people up.

People are going to be "lifted up" by a company that would rather spend millions greasing influential palms than pay it's workers a lousy $12 bucks an hour? How does that work, exactly? 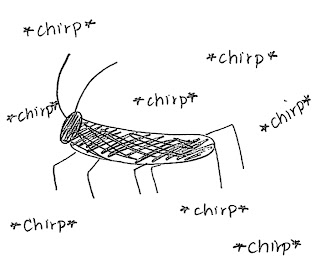