John Stossel continues to be the worst excuse for a human being on the planet. (Now that Andrew Breitbart is dead)


John Stossel just might be the biggest bag of douche on the entire FOX payroll.

In praise of 'price gouging'


Because for some reason, price gouging has gotten a bad reputation somehow?


Why the quotes? Is there some doubt as to whether there really is a lack of electricity in Jersey? I don't know, there's no explanation given for the quotes.

The media blame “a lack of electricity” and report that “Governor Christie has acted to boost supplies of gasoline…by directing Treasury officials to waive licensing requirements that affect merchants’ ability to buy fuel from out-of-state suppliers.”


Ordinarily, removing any sort of licensing requirements gives John Stossel a boner for which he needs to seek medical attention, so what is he going to find to complain about in this scenario?

That would help, but Christie would help more if he could suspend New Jersey’s foolish law forbidding price increases of more than 10% during an “emergency,” and if he’d apologize for bragging that the state will crack down on price “gouging!”

Allowing gas companies to jack up their prices would help. . . help what, exactly?

Complaining about greedy profiteers is probably politically smart. But if you're one of the people the law "protects," you won't fare as well.


As well as what? You won't fare as well as. . . ? How is that the end of the paragraph? Did you ever take high school English?

What politicians call “gouging” is just the free market.

Holy cow! John Stossel just said something that's sort of true. Gouging isn't actually the "free market," but it is the free market that allows suppliers to engage in price gouging. Now, to a normal person, that would be an indication that maybe the "free market" isn't such a great idea, but if you're someone like John Stossel, well, you're not going to go around thinking logically!
See, if you're a free marketeer like Stossel, you begin with the conclusion that the free market is inherently good, then make everything else fit that conclusion. So if price gouging is a symptom of the free market, and we know that the free market is entirely good and awesome in every way, then ipso facto presto chango, price gouging can't possibly be bad.
It's like when a fundamentalist is confronted with something unsettling in his religious scripture. Instead of thinking "hmm, maybe I can't take the entire book literally," he is forced to come to the conclusion that  whatever it is that seems disturbing, like the Bible justifying slavery, or God ordering the Isrealites to kill every living creature in the city of Jericho (aka genocide) must somehow be good because otherwise his whole world view falls apart.

What politicians call “gouging” is just the free market. When markets are allowed to work their magic, lines disappear.  The high price is a big flag planted in the ground that says, “Hey, come over here and make money.”


You know, any economic philosophy that relies on "magic" is probably not all that sound. 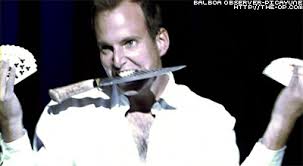 But yeah, if the price goes high enough, lines would disappear. Because most people wouldn't be able to afford super-expensive gasoline. But how does that help anybody?

Today, some car owners wait in line just to top off their tanks. If gas stations could raise prices, many of those drivers would wait, and drive less.  Drivers who really need gas would be able to get it.    At the same time, entrepreneurs would rush gasoline to gas stations that have the highest prices.   The lines would quickly vanish, and prices would come back down. 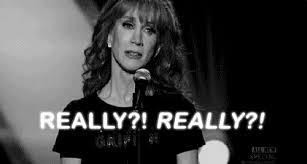 Really? People are waiting in two-mile-long lines just to top off their tanks? Look at the picture that accompanies your column: 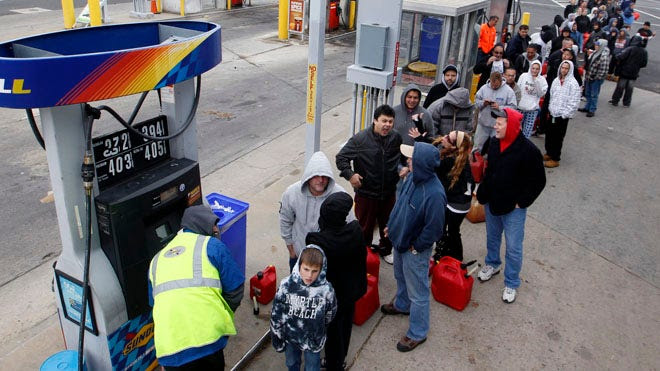 See anyone "topping off?" People appear to be buying gasoline to run generators, not cars. These people are not buying gas on a whim. They are buying gasoline to be able to get back to some semblance of a normal home life. How much do you think the price of gas should be raised to get these folks to forgo that gallon or two that will power their kids' nightlight or provide a little heat, or refrigeration?

And if I'm getting your theory, the idea is to raise prices to lower demand which would cause supply to increase (somehow) which would lower prices. If that convoluted ridiculous theory worked, we end up right back where we started. So what's the point?

Remember The 1970s “gas crisis?”  The media claimed it was caused by a lack of gasoline.  It wasn’t.  It was caused by President Nixon’s price controls.

Yeah, I'm pretty sure the gas crisis was caused by the OPEC oil embargo. And I'm pretty sure that once Venezuela broke the embargo, gas prices came way back down again, just in time for Ronald reagen to take credit. Of course, I was a child in the 1970's, but I'm pretty sure I have a better understanding than you do, you ridiculous libertarian hack. I mean, if Nixon's price controls were so onerous, how is it that the price of a gallon of gas managed to skyrocket?

Remember the lines in the Soviet Union?   Most shortages are caused by politicians interfering with the market.

That one example proves it! Also, New Jersey having a law against price gouging? Yeah, totally  like the Soviet Union's complete governmental control of every aspect of their economy. Exactly the same thing.

Here's the real question: What is the best way to help people after a disaster?


Yes, obviously helping people is your main concern. Your such a caring individual!

What is the best way to help people after a disaster?Any number of services -- roofing, for example, carpentry, tree removal, and gasoline -- are in overwhelming demand.  If this were a totalitarian country, government could just order gasoline tankers roofers, carpenters, etc., to travel to New Jersey. But in a free society, entrepreneurs must be persuaded to leave their homes and families and drive from say, Texas, to the East Coast. If they can't make more money in New Jersey, why make the trip?

Um, I'm pretty sure that they can make more money in New Jersey because there are so many more potential customers there? Whereas in Texas, a contractor might bid on a job and have three other guys under-bid him so he has to lower his price so much that it's hardly worth doing? But in a disaster area, people don't have time to entertain multiple bids and it's either their insurance company or FEMA paying the bill so they don't feel like they need to bargain all that aggressively? I don't know, I'm not a contractor.

Some want to be heroic, but we can't expect enough heroes to fill the need.  Most travel for the same reason most Americans work: to make money. Most tradesmen will go to a disaster area only if it wins him higher pay than he would get in his hometown.
Yet if he charges enough to justify his venture, he's likely to be condemned morally or legally by the very people he's trying to help.

Trying to help?  You just said, just one sentence ago, that the only reason he's going there is to make more money. And according to you, this is perfectly fine, and he has no obligation to be heroic, so why one sentence later, do you have to paint him as making some sort of noble sacrifice? Oh, he only wanted to help these poor people! You know, assuming he can make more money that way. I'm not saying there's anything wrong with wanting to make more money, but you can't have it both ways!

They just don't understand basic economics. Force prices down, and you keep suppliers out.

Okay, that's probably true, but that's not what's happening. Chris Christie isn't forcing prices down. He's just not allowing them to go up as much as they might otherwise. Not only are prices not being pushed down, they are allowed to be pushed UP an extra 10%.

It's price "gougers" who bring the water, ship the gasoline, fix the roof, and rebuild cities. You might not believe me but will you believe Nobel Prize-winning economists Gary Becker, Vernon Smith and Milton Friedman? All three have said “ gouging” is good. Milton Friedman said, “price ‘gougers’ save lives.”


Well, I don't know anything about Becker or Smith, but I do know that Milton Friedman has been proven completely dead wrong about everything. I know supply-siders like to pretend that his theories have some sort of magic in them, but the Reagen deficits are really all the evidence we need that Friedman was full of shit.

God damn it, John Stossel is a piece of shit. What kind of a human being looks at the devastation on the East Coast and says, hmm, those people are really suffering. If only amoral companies were allowed to extract more money from these desperate people? How does someone like Stossel sleep at night?
Posted by Professor Chaos at 11:24 PM 3 comments: