Again I'm not saying these shows aren't good, just not as good as everyone seems to think. 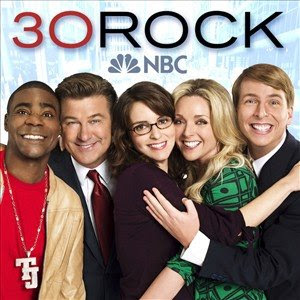 I thought this show was going to be good. I always liked Tracy Morgan and Alec Baldwin. I never thought Tina Fey was funny on Weekend Update, but I read that she had written some great bits (old French Whore, for example) and Rachel Dratch was supposed to be playing the part that ended up going to Jane Krakowski. When NBC screwed Rachel Dratch out of the cast, I should have known there were going to be problems. The first season wasn't bad, I thought it had potential. I thought they would figure out how to use Tracy Morgan and that Kenneth the Page would be phased out, but I was wrong on both counts. But by then, 30 Rock had somehow been designated as the show that smart people like, so it dragged on and on getting less and less funny until it finally petered out. Why have a talented comic like Tracy Morgan play a guy who basically just shouts idiotic things that don't make sense (get it? He's supposed to be crazy! Isn't that hilarious?) And why have the absolute most annoying character in the history of television, Kenneth the page? Lazy stereotyping of rural southerners? What a fresh comedic idea!  And when they did stumble on to a funny character, Tracy's wife played by Shari Sheppard, they didn't stick with it. Tracy was gone for a couple of episodes, she was funny, just make the switch!

When this show first came out I thought it sounded like a great idea. A mob boss who sees a shrink. Wow, that's something I haven't seen before, a Mafioso who feels conflicted about his criminal career, who feels bad about the people he's hurt but of course there's no getting out because it's the mafia. But when we finally started watching the DVD's, I was so disappointed. Tony isn't conflicted at all. And over the course of how ever many seasons his character doesn't develop at all. He's a violent narcissistic thug in episode one and a violent narcissistic thug in episode however many there were. There's no one to root for in this show. I have no problem with the idea of the "anti-hero," I love Breaking Bad, but at least Walter White shows character development. he starts off as a basically decent guy trying to do something for his family, then gets a taste of money and power and becomes completely corrupted. Tony Soprano starts corrupt and ends corrupt. But James Gandolfini is so goddamm likeable that he's able to carry the show on his back. I'm not saying The Sopranos was a bad show, I enjoyed it, but I don't understand why it's on everyone's list of greatest shows ever. 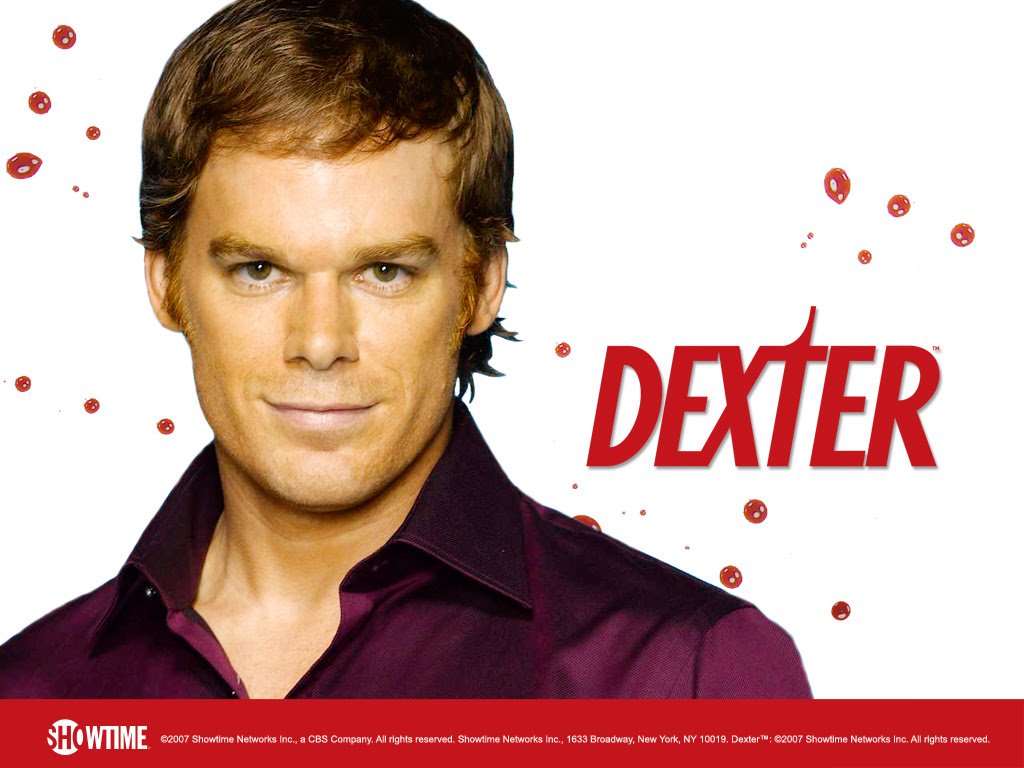 Okay, first of all, there are damn few cases where blood-spatter analysis is required. Yet Dexter is employed full-time doing nothing but blood-spatter analysis for one local police precinct. I know Miami has a lot of crime, but come on!
Second, the writers could never make up their minds whether Dexter was a sociopath or not. If you're going to make him a sociopath, then you can't have him forming an emotional bond with Juli Benz, and trying to split the difference by having him say things like "if I were capable of feeling love, I think that's what I would be feeling now" just doesn't cut it.
And if the "code" he lives by is only intended to keep him out of prison, why does he follow it so religiously? When Jimmy Smits wanted to kill that lawyer, he refuses because she hasn't actually committed any murders herself. Why the fuck would a sociopath care? He might refuse because she's a prominent member of the community which would make her murder harder to get away with, but why would he object on moral grounds? He should have no morals.
Third, the sister character is just horrible. I know the writers want her to seem super-tough, but having her say fuck and goddamn every three words is a pretty lazy way of doing it. Also, why does she love Dexter so much? She was an only child whose father's world revolved around her. Then this foundling shows up and not only does she have to share the father with him, he monopolizes the father's time because of his psychological problems. She should at least feel some resentment. Again, not necessarily a bad show, I enjoyed watching a few seasons, just nothing to write home about.