In Defense of Downton Abbey


As I may have mentioned recently, I looooove me some TV! I probably failed to mention that one of my favorite shows is PBS's Downton Abbey.   So imagine my consternation when I saw this article on Salon:

It may be a prestige drama beloved by liberals, but "Downton Abbey" is one of the most conservative shows on TV

So, first of all it starts out talking about Mad Men and Breaking Bad and anti-heroes for a paragraph, then just goes batshit.

. . . But at least shows like “Mad Men” and “Breaking Bad” are made with an awareness that their characters are antiheroes.By contrast, “Downton Abbey,” on PBS, is stunningly tone-deaf. The show depicts a group of actual monsters in a manner that’s explicitly loving

Okay, I'll bit. How is this show about monsters?  Are you sure you're not thinking of The Walking Dead?

No. Downton Abbey is a show that takes place in a time period during which an entrenched class system ruled. I don't see anything about Downton Abbey that suggests that this time was preferable.

Consider that Julian Fellowes, the writer behind “Downton,” is a private-school graduate and Cantabrigian who holds a seat in the House of Lords. He has good reason to deplore the changes in the world since the era when the wealthy were entrenched and unquestioned.

And, indeed, on “Downton Abbey,” those members of the underclass who do not seek to live a life of service to the wealthy are, like Mr. Bates’ estranged wife who interferes with Bates’ sincere desire to be a servant, evil.

Bates' estranged wife is evil because she a) got him thrown in prison for a theft that she actually committed, and b) tries to prevent him from finding happiness with his true love Anna purely out of spite. Her evilness has nothing to do with her choice of vocation or with her interference with Bates' career in service. Shes' just a bad person.

Those who seek pleasures forbidden to them are slapped down, as in the sad case of a woman ruined when she has sex with a visitor and becomes pregnant. 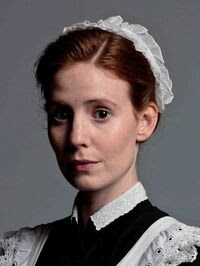 Okay, if you watched the Ethel pregnancy storyline, I don't see how you could possibly think that Downton Abbey is at all nostalgic for the Edwardian period. A chambermaid gets impregnated by an Army officer who, because of the times in which they live, is apparently under no obligation to take any responsibility for her or the baby. Then, because of the mores of the times, she is cast out of the Abbey and resorts to a life of prostitution when her condition renders her unemployable by "decent people."
That seems like a pretty straightforward condemnation of the era.

But all who serve are in some way redeemable, like the villainous Thomas, who’s forgiven in Season 3, after making a pass at another male servant.

Which is an odd thing to say, since Ethel was also a servant.

like the villainous Thomas, who’s forgiven in Season 3, after making a pass at another male servant. (That he is both a conniving villain on the series and the only gay character is, strictly speaking, a coincidence.) Because he is devoted to the wealthy family he serves, everyone, led by Lord Grantham, takes the attitude that they must live and let live. In real life, homosexual acts were not decriminalized in England until 1967. 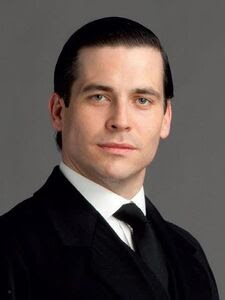 Um, except that Thomas is absolutely not devoted to the family he serves. Thomas is devoted to Thomas.  Thomas  Barrow is only ever out for Thomas Barrow.
Also, I think it was pretty clear that the family "forgiving" Thomas was unusual for the time. When Thomas is found out, he fears that he will be fired and that no one will ever hire him because of his "affliction."

This lie cuts to the heart of “Downton Abbey” — in the show’s moral universe, all that was good about a system in which the poor were trapped into servitude for the rich remains good. All that was bad floats away and is not worth portraying. As noted by Vulture, Lord Grantham consistently endangers his family by making horrible, arrogantly misinformed decisions; they are always fixed promptly, because the show is intent on portraying positively a wealthy patriarchy even when the facts it requires to spin out the story entirely contradict that.

Okay, I'm really not seeing that.  from the show's beginning, we know that Lord Grantham has run the estate into the ground once before, and was only saved by marrying a wealthy American. Then the estate verges on bankruptcy again, due to Grantham's poor management and is saved by relatively humble small-town lawyer Matthew. Currently, Lord Grantham's eldest daughter Mary is about to implement her ideas for running the estate because even she realizes that Lord G has no idea what he's doing.

“Downton Abbey” denies reality in order to keep its vision of a strong and wealthy man doing what is right alive, no matter how counterfactually. It also betrays its characters: Tom Branson, for instance, the husband of the late Sybil, has so far remained a part of daily life and the management of Downton Abbey even in spite of his previously strongly held socialist beliefs. So much for that!

Except that Tom is terribly conflicted. He knows he's betraying his ideals, and he feels guilty about choosing the easy path. He is always on the verge of leaving the estate. he wants to, he knows he should, but he's weak. This is not a betrayal of his character, that's who his character is. He's a bit less two-dimensional than he at first appeared. He's not only the radical political rebel, he's also a father who appreciates having staff to help raise his child and likes raising her in the lap of luxury.

And Sybil’s punishment for having a baby with Branson is death.

Oh, my God! Look, Downton Abbey is basically a soap opera. It's a really well-made soap opera, but it's basically a really, really good soap opera. So characters die. She's not the only character to die. the wholly innocent Lavinia Swire died of Spanish flu. William died in the service of his country. Surely neither of them was being "punished" for anything.

Edith is eager to work outside the home and deeply capable — and she pines after men at the intervals the plot demands. 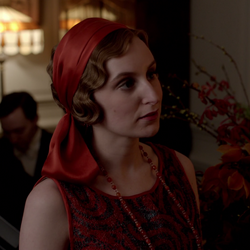 I don't even understand what the objection is here. Because Edith is capable and eager for a career, she shouldn't have romantic feelings? She shouldn't fall in love with men?

And all of the servants, no matter how independent-minded in their pursuit of love or personal happiness, are truly happy to serve. Again and again, to serve is framed as less an obligation forced by economic circumstances than a rare opportunity to become part of the life of a family (even if a family not one’s own).

I don't think that they are so much "truly happy to serve" as they are truly happy to have good jobs. Hell, we know Thomas doesn't give a shit about the family. Ms O'Brien actually injures Lady Granthem intentionally by putting a bar of soap on the floor for her to slip on. I think that service jobs just happened to be some of the better jobs available for people of the "lower" classes. When Mosely loses his job as a butler, we see what kind of options are available. He works briefly as a delivery boy, which is sort of humiliating for this middle-aged man, then  finds work tamping down pavement with a road crew, which is exhausting.
And when Mr. Carson reaches out to Lady Mary who is depressed after the death of her husband, she reminds him in no uncertain terms that he is NOT a part of the family, NOT her peer, and is not to take such familiarities with her. Hardly a portrayal of  "Benevolent rich people caring for servants"

But the perpetually heroic treatment of the servants — cook Mrs. Patmore, for instance, keeps making stupid mistakes, and so her masters perceptively realize she’s going blind and buy her eye surgery! — makes an argument for a system wherein the rich control all but act wisely.

I don't think it makes that argument at all. I don't see how anyone could see Mrs Patmore being helped by her employers and think that it was a better system than Britain's National health system. Mrs. Patmore was fortunate to have employers who care about her as a person. Her surprise indicates how rare this is.
In fcat, there are other indications that the Crawley family is something of an anomaly in their treatment of their employees, as when a visitor scoffs at the idea of servants being given Christmas day off.

There is nothing right-wing about Downton Abbey, it's just a realistic portrayal of a certain time and place.