And I know that there is nothing funny about homophobia, but sometimes its practitioners are just soooooo ridiculous that I can't help but laugh.

Case in point,  Florida (of course) State Representative Charles Van Zant
(Presumablyno relation to Townes. Or to Little Steven) who offered up this gem:

These people, that will now receive $220 million from the state of Florida unless this is stopped, will promote double-mindedness in state education and attract every one of your children to become as homosexual as they possibly can. I’m sorry to report that to you.

The part that makes me laugh is the "as homosexual as they can possibly be" line. Because I picture some sort of gayness coach saying things like "Okay, so you're attracted to members of your own gender, that's great. But I know you can be more homosexual than that. Come on, kid you can do it!"

C'mon kid, I need you to be as homosexual as you possibly can!

Yeah! I knew you could do it!

Oh, by the way, the thing that's going to make Florida's children all turn as gay as they possibly can be? Common Core.

Or, more specifically, the company that will be administering the tests.
Seriously.

Lawmaker stands by comments in interview with Channel 4

I don't know how creating testing materials is supposed to turn kids gay. I could see how a paranoid troglodyte might think that a teacher could slip enough pro-gay propaganda into class materials to somehow influence little hetero kids into thinking "girls sure are purty, but have I ever really given dick a chance?" But how the testing company is supposed to do that is beyond me.


“Please, go on their website. Click the link to what they’re doing with youth and you will see what their agenda really is," said Van Zant. "They are promoting as hard as they can any youth that is interested in the LGBT agenda and even name it 2-S, as they define as having two spirits. The Bible says a lot about being double-minded."


It does? double-mindedness? That's something that comes up a lot, does it? Because in all my Bible-studyin' years, I don't remember that term ever coming up. But okay, I'll click the link, why not?
American Institutes for Research

Adolescence marks a time of tremendous opportunity for positive growth and development as young people transition into adulthood. Exclusion, rejection or bias can make this journey perilous. A disproportionate number of lesbian, gay, bisexual and transgender youth experience physical and emotional abuse at home, in school and in their communities simply because of their identity.

Ooh! What a controversial stance! Many LGBT youth get treated shitty by people? That translates into "soon you will all join us on the dark side, by which I mean the gay side, bwah hah hah hah!!" ?

A Guide for Understanding, Supporting, and Affirming LGBTQI2-S Children, Youth, and Families

A new guide provides information for educators, human service providers and allies about supporting the health and well-being of children and youth who are lesbian, gay, bisexual, transgender, questioning, intersex and/or two-spirit (LGBTQI2-S) and their families.

Join me, and together we will rule the Castro!

Also, it may be worth noting that they pretty specifically do not call homosexuality "S-2" or "two spririts. That is mentioned as a seperate category of being "intersex." Which is pretty different, I think. I mean, I'm not the biggest expert in what the scary non-breeder people are up to to try and destroy America, but I'm pretty sure that intersex and gay are two separate things.

Anyway, it may shock you to learn that while the AIR website says many positive things about treating LGBT youth like decent human beings, nowhere on the page does it mention anything about how to turn straight kids gay, let alone how to get them to be as homosexual as they can possibly be.

D'oh! Why did I provide a link to a page that shows how full of shit I am?
Oh, right. Florida!

Van Zant confirmed he made the comments at an event two months ago, although he did not know he was being recorded on video. He said Common Core could introduce homosexuality to children, something he said should be left to parents to discuss with their kids.
“I don't think that has any place being introduced in Florida schools,” Van Zant said.

And neither does science! Or History. Or  Geography. The only textbooks we need are the Bible and everything by David Barton! 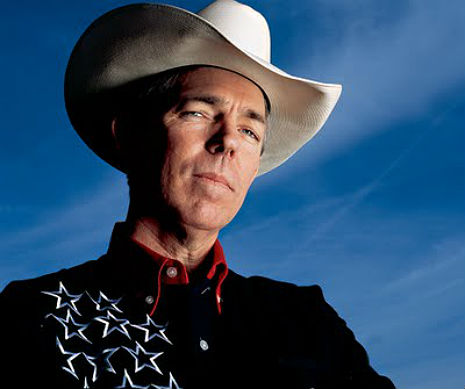 Who, perhaps not coincidentally, looks like the guy who kidnapped Helena on Orphan Black.


Anyway, here's the video, via Think Progress, in case you don't think that anyone could be this fucking weird and stupid.

a
Posted by Professor Chaos at 6:38 PM 5 comments: