Yeah, like that.
So my interest was naturally piqued, as I have been especially concerned about the orphans lately, having been learning about them on the BBC.

I'm especially worried about her.


Anyway, I tried to look it up on the internet, and the first thing I found was this:

Take Action! Jump on the


And their explanation of what the orphan march is all about was this:

We are excited to take a group of folks from OPELIKA to our nations capitol to march on capitol hill with the STUCK Tour for the STEP FORWARD FOR ORPHANS MARCH, an effort to restore civil discourse between politically diverse Americans

Which, I'm pretty sure is not what the organizers of the Orphan March had in mind. I think their purpose is to try and help the orphans.

But anyway. . . . as part of their effort to "restore civil discourse," they are presenting a special guest speaker. . . drum roll, please. . . 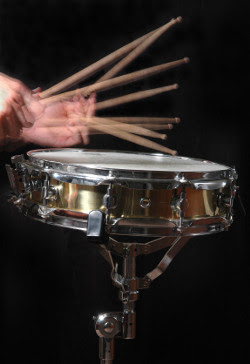 Ironically, when I googled "Laura Ingraham Quotes," this was the first one to come up:

There's a rule of thumb in politics. If you're at a point where you're complaining about the other guy being mean and unfair and uncivil, that's probably a sign that you're losing.

Laura Ingraham
Just do a quick check of her name on the Media Matters site, and you'll find things like this:
Laura Ingraham Compares Benghazi "Whistleblowers" To Freed Slaves, Obama Admin To Slave Owners


So what kind of an organization would trot out this guttermouth as an exemplar of civil discourse? I don't know. The organizers of the Orphan March, which seems, at least at first glance, to be a legitimately well-meaning group, apparently brought her in to speak about her own experience with international adoptions. It seems to be the people doing the bus tour, a group called "Cotton Seed Studios" who are under the impression that this is about restoring civil discourse.

Maybe they're thinking of this?

So who is "Cotton Seed Studios?"  I don't know. They seem like a legitimate arts organization. Their raison d'etre, according to their website is: Cotton Seed Studios exist to offer artist an environment to create, record, express, collaborate and grow with their craft through a full service recording/film studio and premier arts venue.

So, to sum up, I have no idea who any of these people are. But someone, somewhere thinks that Laura Ingraham has something to do with civil discourse, and that's good enough for me.

Posted by Professor Chaos at 10:06 PM No comments: