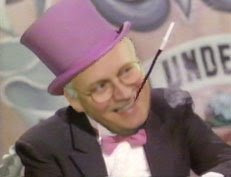 Remember how we all thought that Dick Cheney was really really evil?

Well, it turns out he was so much worse than we thought. 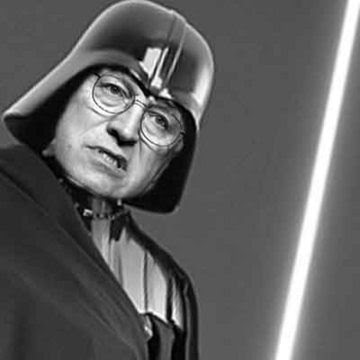 Back in 2002, Cheney wanted to send military troops in to Lackawanna, New York to arrest terrorism suspects. This has been illegal since the Posse Comitatus Act of 1878, but to someone like Dick, that's a minor technicality. So he has torture enthusiast and executive power groupie John Yoo draft a flimsy legal argument saying that sure, what the fuck! Send in the troops! 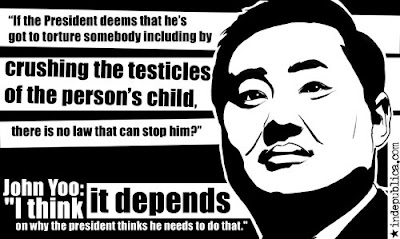 (Actual John Yoo Quote)
Shockingly, the person who stopped Cheney from violating the law was none other than..
drum roll, please....
George W. Bush! Wait, that can't be right. Hold on.

Ok, I'm being told that that is correct, George W. Bush stopped Cheney from sending US troops into a US city. So, you're welcome, America!

So who were these dangerous criminals who were so formidable, so menacing, that only the military could possibly hope to subdue them?

No, see that's what I thought, too. it probably would take the Marines to pacify a threat of that magnitude.

No, it was these guys: 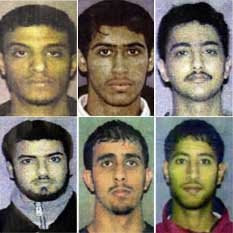 So why the military? Are you telling me the FBI or the ATF or local police couldn't have collared these punks?
Honestly, I think the Reno Sheriff's Department could have handled them. 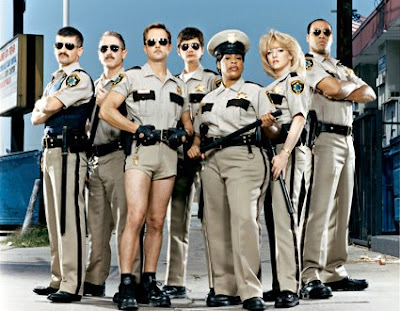 So why send in the troops? Why violate the law when it was clearly not necessary?
(FBI handled the arrests just fine, as it turns out)

I have to think that Cheney wanted to send troops into an American city just to prove he could. Or to see whether he could get away with it. Cheney really seemed to think that he was above the law, and this was his chance to prove it. It's really scary to think how close we came to having this happen. Because he would have gotten away with it. Democrats in Congress would have fulminated a bit, then gone right along with Republicans in changing the law to make Cheney's actions retroactively legal. (like they did with warrantless wiretapping)

That's why someone, the Justice Department, Congress, someone needs to investigate and prosecute these bastards for the crimes they actually did commit. Because next time, whoever the next W is, he may say yes.

Posted by Professor Chaos at 6:41 PM No comments: