Someone has awakened the Gorgon!

Somehow, Phyllis Schlafly is still alive and people are still paying her to write things.

So we get treated to her analysis of just what the heck is wron with college these days. Anyone wanna guess what the problem is?

Well, obviously the problem is too many women!

Seriously, because no one hates women more than Phyllis Schlafly!

Long ago when I went to college, campuses were about 70 percent male, and until 1970 it was still nearly 60 percent. Today, however, the male percentage has fallen to the low 40s on most campuses.


The American Council on Education reports that women have averaged 57 percent of enrollments since the year 2000. Women received nearly 60 percent of all college degrees conferred in 2010.
This has dramatically changed social relationships and interactions among students. Most girls and even some boys do not like this change, but nobody knows what to do about it, and few are even willing to discuss it.


Right. Because no one is more in tune with what the college "boys" and "girls" think than this person: 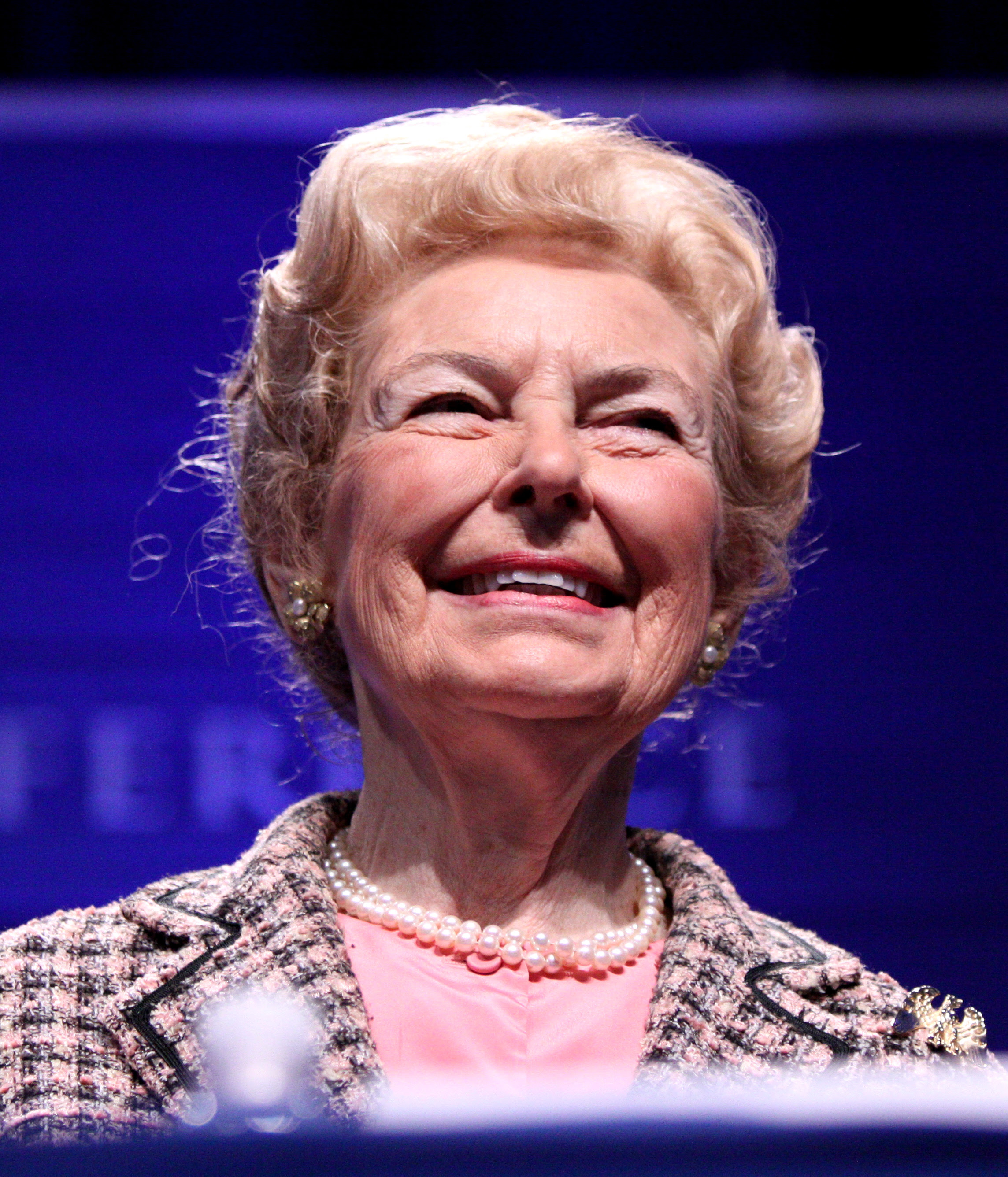 One female student described the new relationship between the sexes like this: “Out of that 40 percent male population, there are maybe 20 percent we would consider dating, and out of those 20 percent, 10 have girlfriends, so all the girls are fighting over that other 10 percent.”

Oh, I didn't realize you had done that much research! You talked to one actual college student?

And apparently, it was her.

So the ladies are having trouble getting dates? Is that the problem? I mean I could see that being difficult for the "girls." I mean, they might have to concentrate on their studies or something!

Also, there really is just no other place for a single gal on the go to meet a fella. If there aren't enough guys on your campus. . . hello, spinsterhood!

Why oh why did I go to college?


Colleges claim they grant admissions based on academic merit, and girls come out of high school with better grades than boys. But that doesn’t always mean they are smarter or more capable of doing college work or succeeding after graduation.

Yeah, obviously if the metric you're using results in more women qualifying than men, your metric must be wrong. Sure they "claim" they're basing admission on academic merit, but how can grades be a measure of academics?

Boys do far better on average than girls on the SAT test for mathematics, which means that boys are better prepared than girls for STEM majors in college. This has been true every year for more than 40 years.
Nearly twice as many boys as girls attain very high scores on the math SAT, with an immense difference at the high end. But the job market for STEM graduates is not as good as it should be, due to corporations’ preference for hiring lower-paid, easy-to-control foreigners on H-1B visas, so many American guys decide that the high cost of an engineering degree is not worth it.


So a bunch of American guys are thinking to themselves, "gee, I have a real aptitude for engineering, but college is expensive! Guess I'll go see if Taco Bell is hiring." But somehow women have yet to figure this out? They're just wasting their money on college degrees while the menfolk stay home and. . . Okay, I'm lost. I though the reason there were fewer males in college had to do with some unfair standard for admissions (good grades).  Now you're saying it's the boys' choice not to enter college?


A shocking 46 percent of recent college graduates work in jobs that do not require a college degree. Boys are more likely than girls to look at the cost-benefit tradeoff of going to college. The imbalance of far more women than men at colleges has been a factor in the various sex scandals that have made news in the last couple of years.

Wait. Where did that come from? Shouldn't there at least be a paragraph break between the high cost of tuition and sex scandals? And when you say "sex scandals" you mean sexual assaults, right? You're not talking about like extra-marital affairs or whatever, right? And you're saying that, for instance, if there were more men on campus, Jameis Winston wouldn't have committed rape?
Or that Phi Kappa Tau fraternity at Georgia Tech wouldn't have thrown rape parties had there been more men on campus?


So, what’s the solution?

Yes, what solution do you have for this problem that is not a problem? How can we finally give college guys a fair shake?

One solution might be to impose the duty on admissions officers to arbitrarily admit only half women and half men.

Because we all know how much conservatives loooove quotas!

Another solution might be to stop granting college loans

Another solution might be to stop granting college loans, thereby forcing students to take jobs to pay for their tuition and eliminate time for parties, perhaps even wiping out time for fraternities and sororities.

And nothing will attract more young men to your campus than having no parties!

Another solution would be to reinstate all the men’s sports that were canceled by an extremist feminist application of Title IX, the federal law that prohibits discrimination against female students.

Name one. Name one sport that was cancelled because of Title IX. It seems to be an article of faith on the right that tons of men's sports got cancelled because there was no women's team, yet every Saturday, turn on your TV and there is college football in all its glory even though no college I know of offers a women's football team.

(For those readers outside the US, by "football" I of course mean "handegg.")

The feminists have abolished more than 2,200 men’s college sports teams since 1981, such as wrestling, gymnastics, track, golf and even some football in order to limit the number of male players to Title IX guidelines.

It amazes me that you think "the feminist" have so much power that they can have entire sports teams disbanded when they can't even get a rapist expelled from most campuses.

By the way, I did  google search for "school cancels men's gymnastics" and got zero results.

That removes a primary motivation for young men to go to college, many of whom want to try out for a sport even if they are not good enough to make the team.

Wait. So you're saying that a bunch of young American men are thinking to themselves "gee, I'd sure like to go to college, but if I can't try out for the wrestling team, then fuck it, what's the point? I mean, what do I get out of this? An education? Better job prospects? Pfft! I only care about trying out for a team that I'm probably not good enough to make anyway." Do you really want these lummoxes taking up space in our nation's classrooms?

If I can't try out for the football team, I'm going home!

The popularity of the new college football playoff system illustrates how successful men’s college sports can be for participants and fans alike. But when colleges eliminate men’s sports, women are hurt by the resulting gender imbalance in enrollment.

Oh, so you are aware that college football still exists! Although, you must realize that very few of these players are actual "students" who are going to graduate or earn a degree. Also, college football is mainly successful for the university's coffers, television networks and advertisers, most participants are left with no degree, no job, some pleasant memories and a lot of aches and pains. (if they're lucky) 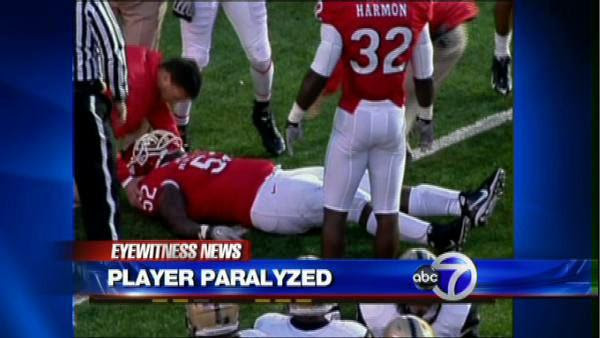 So successful!
And so far you've yet to show any connection between the imaginary cancelling of men's sports and "gender imbalance" on college campuses. And you certainly haven't shown how women are "hurt" by being in the majority. I'm fairly sure that most women are not like you, Phyl. They don't despise themselves and their gender so much that they can't stand being in the company of other women.