For some reason, I've suddenly been getting a lot of hits on a post I, um, posted, back in August of 2009 titled "Thomas Sowell is a Fucking Liar."


Thomas Sowell is a Fucking Liar


Apparently, someone referenced this posting on Craig's List Seattle because apparently people use Craig's List to have arguments about issues now. And four years after posting that Thomas Sowell is a fucking liar, which he clearly is, I suddenly get this comment from some "anon" as the kids say:

Yes because you lefttards have more education, experience and know-how than Dr. Sowell. According to liberal logic, since you're calling a black man a liar, that would make you racists now wouldn't it?
October 18, 2013 at 6:48 PM

Who Shut Down the Government?

There is really nothing complicated about the facts. The Republican-controlled House of Representatives voted all the money required to keep all government activities going -- except for ObamaCare.

Okay, that's a lie already. The Continuing Resolution on which the Congress voted did not have anything to do with the funding of "obamacre" which should be obvious since, when the government was shut down, the implementation of "Obamacare" proceeded apace with only glitches in the website to slow it down.

The hundreds of thousands of government workers who have been laid off are not idle because the House of Representatives did not vote enough money to pay their salaries or the other expenses of their agencies -- unless they are in an agency that would administer ObamaCare.

They were laid off because even thought the Republicans ad denocrats had both agreed to budget numbers that approached Paul Ryan levels, Boehner reneged on the deal because his Tea Party faction demanded that they be given Obamacare's head on a platter as a reward for doing the most basic function of their jobs.
Now here comes a blatant lie:

Since we cannot read minds, we cannot say who -- if anybody -- "wants to shut down the government."

Not the part about reading minds, that part is actually true, but we can certainly say who threatened to shut down the government, who bragged about shutting down the government. To pretend otherwise is pathetically dishonest.
Sowell's column was published October 4. On Sept. 28, Michele Bachmann had already been quoted saying this:

“We’re very excited,” said Rep. Michele Bachmann (R-Minn.). “It’s exactly what we wanted, and we got it.”

That same Washington Post article also had this quote: 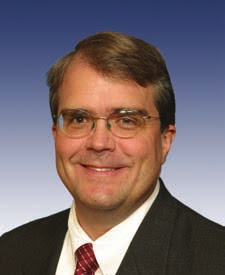 
And let's not forget:
"This is my idea of fun." –Rep. David Schweikert (R-AZ) on the government shutdown

"I said, like 9/11, 'let's roll!'" –Rep. John Culberson, describing his reaction at a meeting of Republican lawmakers planning to shut down the government, invoking the famous phrase used to fight 9/11

See? I told you!
And of course:

"We're not going to be disrespected. We have to get something out of this. And I don't know what that even is." --Rep. Marlin Stutzman (R-IN) on the government shutdown, Oct. 1, 2013

So, yeah, we can say who "wants to shut down the government." Sowell is just lying.
Because Thomas Sowell is a fucking liar.
Posted by Professor Chaos at 7:19 PM 1 comment: