An even more offensive product than the last one.

Well, I tried to recreate the missing post from yesterday, but after a lot of pain-in-the-ptoot work, for some reason it won't publish. So, without comment, I present a much more offensive product than the last offensive product. 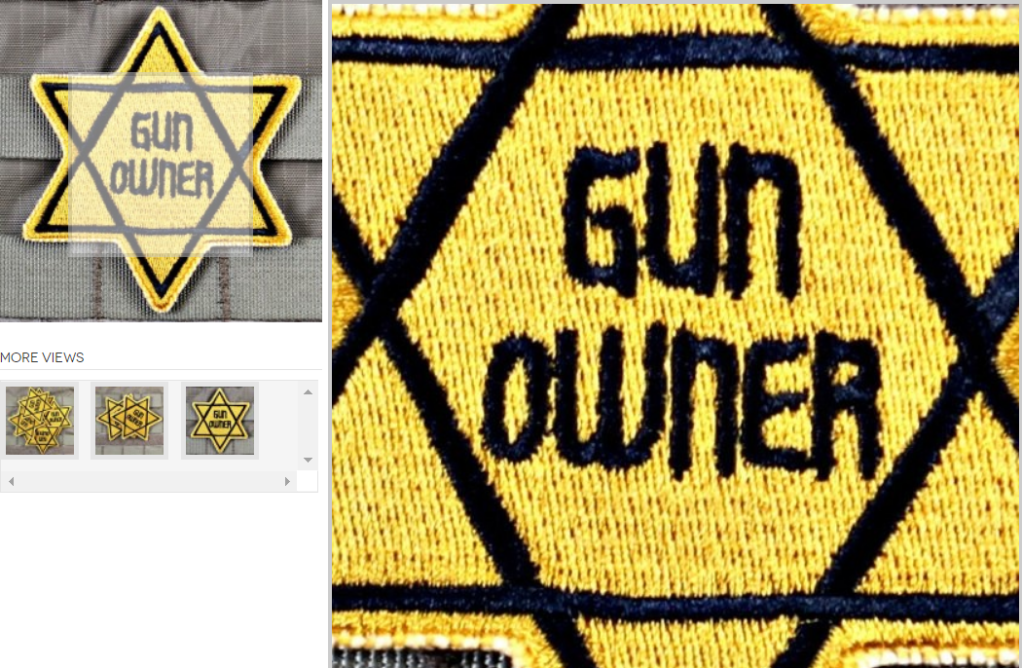 Yeah, it's a patch that you can sew on to your coat if you think that being a gun owner is somehow similar to being a Jewish person in 1930's Germany. Which some people apparently do think.

So, to their credit, they don't seem to be intentionally trying to be outrageously offensive. they're just to dirt-clod-stupid to realize how obnoxiously distasteful it is to say to a Jewish person "oh, your grandparents were murdered by Nazis? Man, I know how you feel, sometimes people disagree with me about the 2nd Amendment."

Anyway, this gross website sells all kinds of horrifying products. Maybe I'll get a chance to post something about them some day.