How to tell when you've hit rock-bottom of patheticness. . .

. . .When you get pwned by Miss Piggy

Email ThisBlogThis!Share to TwitterShare to FacebookShare to Pinterest
Labels: FOX

Tony Perkins has a warning for you.


Surprise, surprise, it's a warning about something that will turn your kids gay!

Tony Knows Gay!
So what is it this time?
Star Wars!

“In a new Star Wars game, the biggest threat to the empire may be homosexual activists!” Perkins announced during his daily radio commentary. “In a galaxy not so far far away, Star Wars gamers have already gone to the dark side.

First, do we even have to point out that the Empire is evil? That the good guys in the Star Wars movies are fighting the evil Empire? So anything which is a threat to the Empire is  a good thing?

I find your lack of a girlfriend disturbing!
So what is it about the new Star Wars game? Light sabres replaced by giant laser-penises? Star Wars theme replaced by show tunes? Do you have to score points by gay-sexing George Lucas?

And all the players will be forced into these gay relationships? Well, that does sound kinda wrong, if . . .I'm sorry I'm being told that no one will be forced into anything. Apparently, in these huge multi-player online games it is possible to have virtual relationships with other players, and the new Star wars game may have it possible for two players of the same gender to form one of these fake relationships if that's what they're into. That's it.

Dude, I have so many on-line girlfriends.
Don't hate the playa, hate the game!

He continued: “On the game’s website, there are more than 300 pages of comments–a lot of them expressing anger that their kids will be exposed to this Star Warped way of thinking.

Oh, I see what you did there! Star Warped! What a clever man you must be!

You can join them by logging on and speaking up. It’s time to show companies who the Force is really with!”

Heh, heh, I mean Jesus! Show them who Jesus is with!
Of course, this is a bogus claim also, as Raw Story points out:

A quick search of Bioware’s forum shows that there are probably not “300 pages of comments” on the topic — and very few if any of the commenters were “angry” about the idea. In fact, most players were more concerned that the featured had not already been released

Although, to be fair, it's kind of hard to make heads or tails of comments like:

I do realize how my shooting through the ranks Jedi Sentinel would miss out on Kira regardless. I also kind of want to see Mako, if she's really a good male option (she's young-acting enough that I wonder if it can be done well), become a s/s option for everyone, but understand what that means for my friend who's a Smuggler right now. 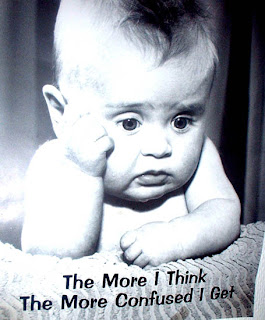 Although, some comments are written in Earth language and they tend to be along these lines:

Of course we want same sex romances and having romance option with Khem Val on SI.
I would also like to see more variability in the romance options. I mean, this isn't 1952 anymore. If it chaps someone who cares?
If you don't want the same sex content, don't choose those chat options. It's quite simple and pretty damn selfish for people to say it shouldn't be included.

I gave the forum the quick once-over and I didn't see any commenters who seemed to be at all angry about the new same-sex option.
So, I guess my main question for Tony Perkins is what exactly is the threat here? Are you worried that gamers are going to discover that gayness is a thing that exists and then, what, want to try it out? And then they'll turn gay and it will all be Star Wars' fault? And then when they're all gay, they won't want to send their hard-earned money in to the Family Research Coun. . .that's it isn't it? That's the only thing that makes sense. Because it can't honestly make any difference to you whether computer game players like boobies or not, can it? That couldn't possibly affect you. But if people maybe don't want to send money in to anti-gay hate groups, well that could be a problem for someone like you.
Well I say put gay features in all video games! Seriously, if you could turn on-line role-playing gamers gay, at least they'd have a chance to have sex sometime in their lives. 'Cause God knows they aren't getting girlfriends!