Bennett went to the campus of Ohio University for some reason, presumably to be "provocative" and "trigger some libs," and was not given the kind of welcome for which she had hoped.


(CNN)Conservative media personality Kaitlin Bennett didn't announce she was visiting Ohio University. But hundreds of students showed up to protest her appearance.
Bennett, a controversial activist who drew attention for taking graduation photos with an AR-10 rifle strapped to her back at Kent State University, said she was in Athens, Ohio, on Monday to film a video for Presidents Day.

Because why wouldn't she just drop in like Bob Hope doing a walk-on on the old Tonight Show?


But as soon as students got word she was there, crowds of protesters descended on Bennett as she walked around the campus.
In footage captured by Sarah Donaldson, digital editor for student paper The New Political, students lined all five floors of the university's student center as Bennett and her bodyguard traveled down the escalator.
Some shouted obscenities at her.

Which, you know, is not nice but "sticks and stones" as they say. 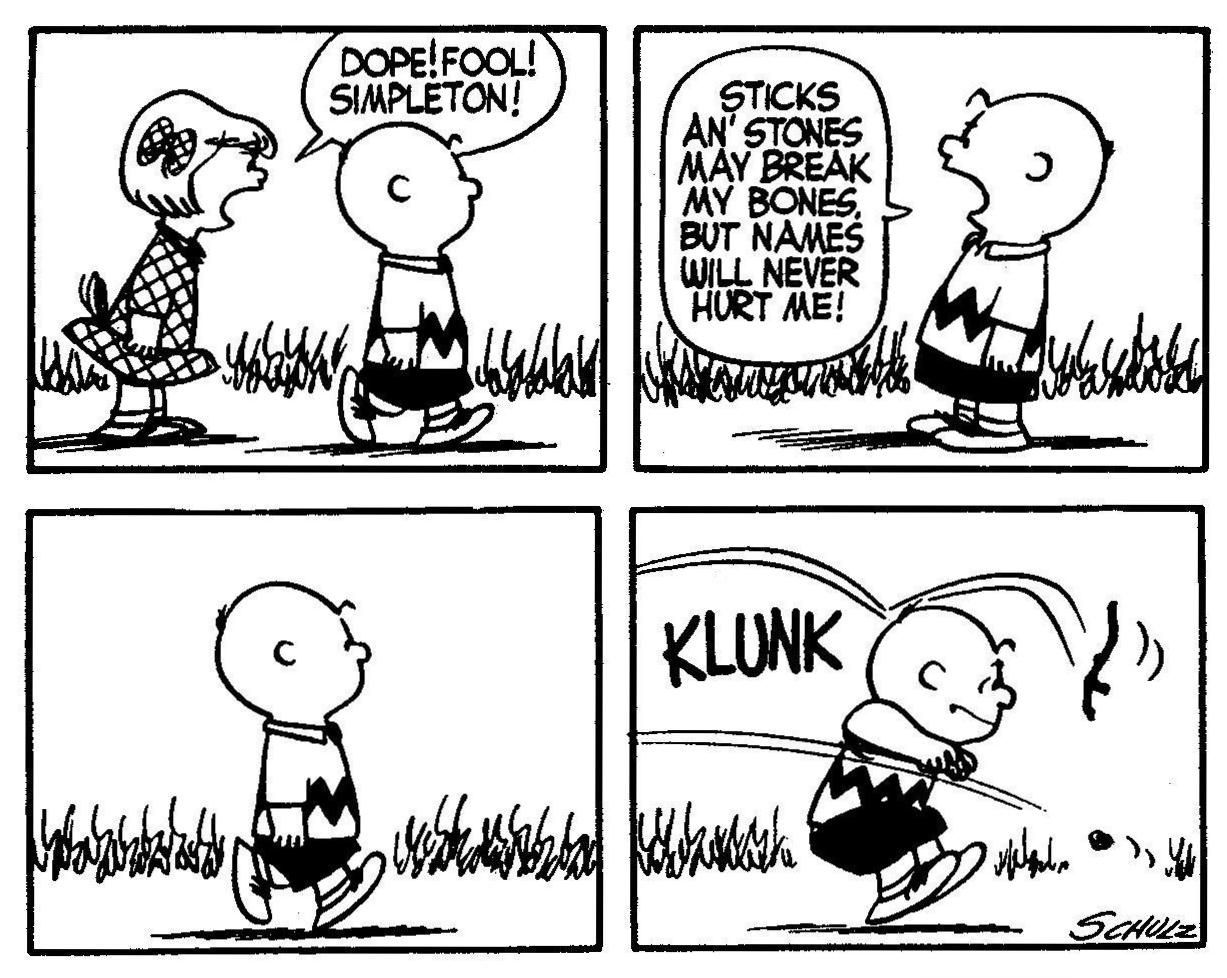 God DAMN, Peanuts was fucking dark! I think my psyche is permanently damaged becasue my parents let me read this shit as a child.


Bennett shared a video of students gathered around the orange truck she was in as it slowly drove through a parking lot, and some threw water at its windows while she filmed them.


So, people were rude to this awful awful woman. Or, as she puts it - leftist terrorists started a riot. 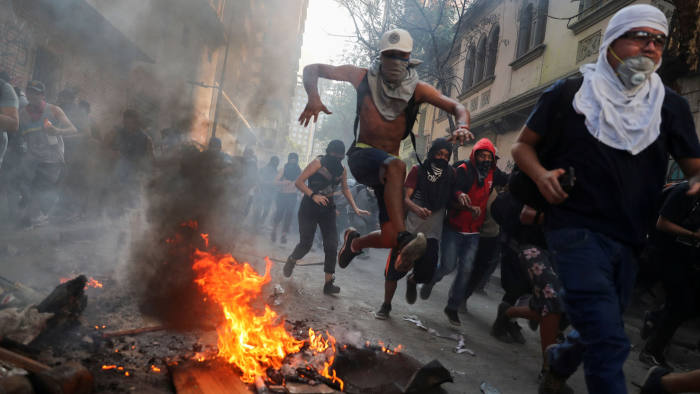 
This is how she put it on her Twitter:


This is what happens when a Trump supporter goes to a college campus. Leftists at @ohiou started a riot when @Joelpatrick1776 and I showed up, and the @oupolice let it happen. I think @realDonaldTrump should strip funding from universities like this that harbor terrorists. pic.twitter.com/5TMlfdto9O
— Kaitlin Bennett (@KaitMarieox) February 17, 2020

Awwww, were you scared, Kaitlin? Well now you know how normal people feel when they encounter one of you NRA assholes strutting around with a fucking assault rifle at Quizno's.

And the funniest part is when she's whining about how the cops aren't doing anything, the cops are just letting it happen! Because of course this civil libertarian, this defender of the Bill of Rights, wants the jackbooted government thugs to stop unarmed protesters from exercising their First Amendment right to jeer at her and give her the finger. Of course she does!

And then, because no conservative will ever be honest about anything, she has to embellish the story with claims of actual assaults.

They threw projectiles and poured hot coffee on us, and there's video of your officers witnessing @Joelpatrick1776's truck being vandalized. But yeah, just "some unknown person in the crowd splashed water." I can't wait until @realDonaldTrump takes away your school's funding. https://t.co/b0jiVYW5wy
— Kaitlin Bennett (@KaitMarieox) February 17, 2020

Somehow, though the girl who films herself more than John and Yoko has no video of "projectiles" being thrown at her or hot coffee being poured on her. She does have video of students flipping her off through water-spattered windows (which I guess in her world amounts to "vandalism" of  her friend's truck?)

Oh my God, it gets even better! She actually does tweet out a video clip of her being "pelted in the head with projectiles!" Oddly, the video shows a roll of toilet paper being thrown past her (which she doesn't even seem to notice) and then. . . nope, that's it!

As leftists were pelting me in the head with projectiles, this girl basically told me I deserved it because I'm "in the extreme minority here". I think @ohiou should know that their students think violence against minorities is okay! pic.twitter.com/2TFqkSdo0Z
— Kaitlin Bennett (@KaitMarieox) February 18, 2020

And she's trying to paint herself as a minority because she holds views that the majority of people find repugnant which then makes the imaginary person who pelted her in the imaginary head with an imaginary projectile guilty of some sort of hate crime, I guess?

Congratulations Kaitlinn Bennet, desperate seeker of fame, low-rent Dana Loesch and all-around awful person, you are the crybaby of the day!