Democrats Are Embarrassed By Schiff’s Impeachment Tactics, And They Should Be

All right, I'm all ears. Who are these Democrats who are supposedly "embarrassed" by Adam Schiif?

Criticisms of Rep. Adam Schiff’s impeachment tactics have begun to bite. Fair-minded people have begun to ask why is it necessary to have secret witnesses, secret hearings, and leaks of distorted, out-of-context excerpts from transcripts,

No. No, that's incorrect. No "fair-minded people" have begun asking that. Because it's bullshit. The witnesses aren't secret, we know who they are. And the hearings aren't secret. Testimony is being taken in a closed-door hearing because that is the way the process works. That's how the Benghazi hearings worked. It's how every grand jury proceeding works. Have you never seen Law & Order?


Why is it necessary to block the president from sending representatives to attend these hearings so he can have equal access to any evidence?  Why was it necessary for House Intelligence Committee Chairman Schiff to “parody” the transcript of the president’s call to the Ukrainian president? Aren’t parodies supposed to be funny? Shouldn’t the chairman be proceeding with sober deliberation and fairness instead of romping about with gleeful shtick?


Yes. should he not give this proceeding the sober deliberation it deserves? Have some goddamm respect for the gravitas of the situation. . . 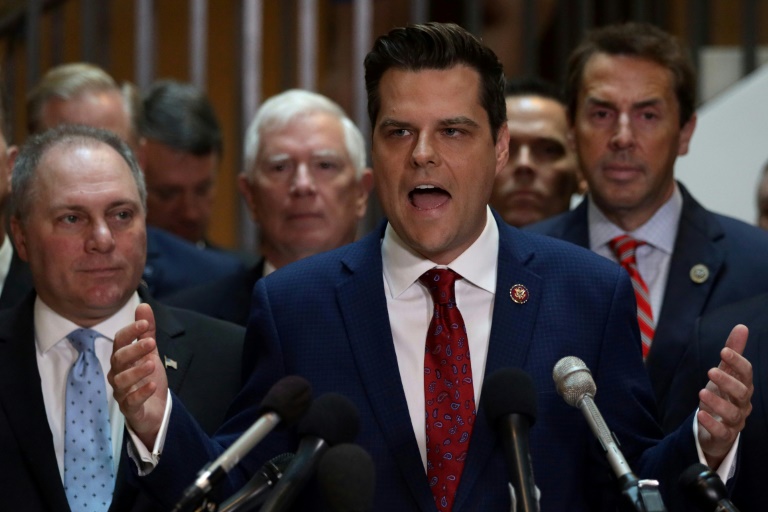 . . . sorry, you were saying? something about sober deliberation?


If Schiff cannot take the proceedings seriously, what of the 218 representatives who voted against the resolution condemning Schiff?


Well, I'm pretty sure that Schiff is taking the proceedings seriously. despite one moment of levity and that the 218 reps who voted not to condemn him were exercising something known as "common sense."


And why are Democrats shutting out Republicans from the process?

Because they fucking aren't, you lying, mendacious little rodent dropping!
There are three comittees involved in the impeachment inquiry. All Three Of These Committees Have Republican Members. You know this. I mean, I assume you know this. You can't be stupid enough to not know this. You're just lying. You're just repeating the official Republican party lie. Everyone knows that there are Republicans who are in the hearing room. About a dozen of these Republican shitweasels decided that, instead of attending the hearing, they would rather join the circle jerk outside, claiming that they have been denied entry. It's bullshit. They know it's bullshit, and so do you.

Listening to the Democratic presidential primary debate last week, I heard something that made my ears prick up. The criticisms of the fairness of the impeachment inquiry have begun to resonate.


The evidence: Some of the candidates and their fawning CNN enablers felt compelled at least to pay lip service to the importance of a fair process. I had to review the transcript to confirm that my ears were not playing tricks on me.

Yeah,  you heard right. That's Democrats in a nutshell. Always insisting on respecting rules and norms no matter how shamelessly the opposition party flouts them.


CNN moderator Anderson Cooper asked candidate Cory Booker, “Sen. Booker, you have said that President Trump’s, quote, ‘moral vandalism’ disqualifies him from being president. Can you be fair in an impeachment trial?”

Booker responded, “So, first of all, we must be fair. We are talking about ongoing proceedings to remove a sitting president for office. This has got to be about patriotism and not partisanship. Look, I share the same sense of urgency of everybody on this stage. I understand the outrage that we all feel. But we have to conduct this process in a way that is honorable, that brings our country together, doesn’t rip us apart.”


And you'll notice that at no time did he intimate that that was not what was being done. He was just stressing the importance of proceeding fairly even though it's blatantly obvious to anyone with two good eyes that Trump in guilty. Of the Ukraine business and so many other things.

Also, that is such a centrist Dem response. Still holding out hope that, if they act honorably enough, they can get the drooling knuckle-draggers to see that they are virtuous and the country can all come together as one as if that were still possible.


Another 2020 presidential contender, Rep. Tulsi Gabbard, said, “If impeachment is driven by these hyperpartisan interests, it will only further divide an already terribly divided country. Unfortunately, this is what we’re already seen play out as calls for impeachment really began shortly after Trump won his election.”


Okay I'll give you Tulsi. But Tulsi's kind of a nut. You want to know how nutty?

is right there next to this article.
Yeah, she's advertising on the goddamm Federalist. Quite possibly the most laughably ridiculous of the far-right websites. Why? Who the hell knows? I guess she has that Democratic Party idea that if a candidate stresses their military service enough, they will win the respect of Republicans who loooove the troops so much! Remember how well that worked for John Kerry? 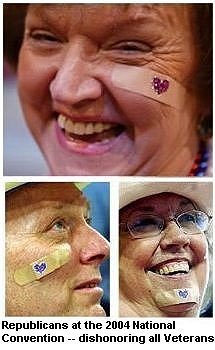 Sen. Bernie Sanders added, “Mitch McConnell has got to do the right thing and allow a free and fair trial in the Senate.”


Aaaaand, you're somehow casting this as a criticism of Adam Schiff and the House? Sanders said something about Mitch McConnel and the Senate, and you think this is indicative of a feeling of embarrassment about a completely different person and a different chamber of Congress?

See, this is the sort of thing that makes the Federalist so goddamm funny. I mean, if there really are people out there taking this site seriously, then that would be a bit scary, but I have to assume that no one is reading the Federalist for any reason other than its comedic value and you're just being propped up with wads of Koch money.

Cooper challenged Sen. Kamala Harris’ apparent pre-judgment of any potential trial of Trump, saying, “House Speaker Nancy Pelosi has said that members of Congress have to be, in her words, fair to the president and give him a chance to exonerate himself. You’ve already said that based on everything you’ve seen, you would vote to remove him from office. Is that being fair to the president?” Harris must not have received the memo, because her answer dismissed any possibility of voting to acquit the yet-uncharged president.


Which clearly shows how embarrassed she is by Schiff's impeachment hearings?
Have you already forgotten the thesis of your article?

Also, you have Anderson Cooper challenging Kamala Harris which kind of undercuts your whole "the candidates and their fawning CNN enablers " premise.

Schiff’s Tactics Have No Defenders

Yeah, that's not true. That's not even close to true.That has no basis in fact. It's like saying the sky is green or giraffes are short.

Indeed, my survey of articles from left-leaning writers revealed no defense of the Schiff process. Nobody, and I mean nobody, seems willing to argue in favor of Schiff’s nakedly political process. The best the authors can muster is a half-hearted mumbling about fairness not being required.

Oh, your survey? Your survey? Well, why didn't you say so? Oh, I'm sure you did an exhaustive reading of "left-leaning" writers and their articles about the impeachment. You wouldn't just make up some bullshit like that, would you?


Writing for Reuters, Jan Wolfe recently tackled the question, “Does the impeachment probe violate Trump’s civil rights?” Her short answer is “no,” but the way Schiff is running roughshod over the opposition is undermining the process. She notes, “Legal experts say because impeachment is a political, and not legal, process, the House has broad authority to set the ground rules for an inquiry. Allowing Trump’s lawyers to participate anyway could build public support and make it appear more fair, however, they said.”

Well, I think that the painstaking nature of your survey of left-leaning writers can be best illustrated by the fact that you refer to Jan Wolfe as "she" and Her," when in fact, THIS

is Jan Wolfe, the writer for Reuters.


Now, I wasn't familiar with Wolfe either, but it took me about 10 seconds on Google to find out that he is a man and that he doesn't really seem all that lefty-loosey.


MULVANEY: "Let me be clear, there was absolutely no quid pro quo between Ukrainian military aid and any investigation into the 2016 election. The president never told me to withhold any money until the Ukrainians did anything related to the server." https://t.co/hjpQQt4cb7
— Jan Wolfe (@JanNWolfe) October 17, 2019

Anyway, the quote that you cited definitely does not indicate that he thinks that there is any unfairness in the procedures, just that "some legal experts" feel that allowing one of Trump's chimpanzee clownn lawyers to be involved would make it appear more fair.


The normally left-leaning Keith E. Whittington posted to the lawfareblog.com a prescient article in 2017 warning that “An Impeachment Should not be a Partisan Affair.”


Oh my God. Well, if someone wrote an article two years ago, that surely proves that he is uncomfortable with something that is going on now in the present day!

Honest to God, you couldn't make this shit up. The Federalist would give the Oniuon a run for their money if they weren't trying to be taken seriously.