With your host Art Clip!


On today's episode - who can be the stupidest when discussing Jeb Bush's foreign policy team?

First up, she's a columnist from the New York Times where she enjoys ingesting way too much pot and then passing judgement on everything, please welcome  Maureen Dowd!

Maureen, the challenge is, how stupid a thing can you say about JEB's foreign policy team. . . and. . . GO!

WASHINGTON — I had been keeping an open mind on Jeb Bush.


Ooh, off to a good start already! JEB has enough of a public record that there is no need to keep an open mind about him anymore. We know who he is. Points to Maureen! What else?


I mean, sure, as Florida governor, he helped his brother snatch the 2000 election. And that led to two decade-long botched wars that cost tens of thousands of lives and trillions of dollars. The nation will be dealing for a long time with struggling veterans and the loss of American prestige. Not to mention that W. let Wall Street gamble away the economy, which is only now finally creeping back.
But, all that aside, shouldn’t John Ellis Bush have the right to make the case that he is his own man?

Oh! Excellent first round, Maureen! That is an amazing amount of stupidity for one paragraph. Your challenger is going to have a hard time keeping up with you today!

And speaking of your challenger, let's meet him. He is also a columnist for the New York Times who enjoys being wrong about everything and inexplicably being asked for his opinion on television, it's David Brooks!

David, what do you have to say about JEB's surrounding himself with  idiotic war-mongers like Paul Wolfowitz?


I think what’s heartening is that — we can have different views about Paul Wolfowitz. I think he’s a much more complicated character than sometimes he’s portrayed. But most of the people that Bush went to are people like Bob Zoellick, Richard Haass of the Council on Foreign Relations. It was pretty much the A-team on the Republican side.

Oh,well played, David! The judges were totally unfamiliar with Zoellick and Haass, so on the surface it sounded like you might be saying something reasonable. So we did a little Googling and found that Zoellick was a member of PNAC and a signatory to the open letter to Bill Clinton urging the overthrow of Saddam Hussein. So, how is he any different than Wolfowitz? Then we found  statements like these from Richard Haass:

The serious threat posed by North Korea far transcends cyberspace. Only one approach is commensurate with the challenge: ending North Korea’s existence as an independent entity and reunifying the Korean Peninsula.(source)


The first concerns the Iraq war initiated in 2003. It is true that my opposition to this second Iraq war was not fundamental, largely because I assumed (along with virtually everyone else) that Iraq possessed at least some weapons of mass destruction. But even so, and as I note more than once in the book, I was “60/40” against the decision to go to war. (I go on to say that had I known then what is known now, that Iraq no longer possessed weapons of mass destruction, my stance would have been 90/10 against.) (source)


So, he assumed that Iraq had WMD's? And he thinks it's okay that he was completely wrong because "virtually everyone else" thought the same thing? Because that's just not true. The UN weapons inspectors, the people who were in the best position to know, did not believe that.  Hell, I didn't, and I'm just some guy.

So these guys are both reality-challenged morons with war-boners. But we're going to deduct a point, David, because sadly, this might actually be the "A-team on the Republican side."

Back to you, Maureen.

Like the Clintons, the Bushes drag the country through national traumas that spring from their convoluted family dynamic and then disingenuously wonder why we concern ourselves with their family dynamic. 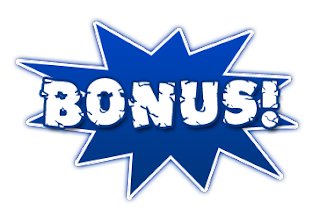 The Clintons "drag[ged] the country through national traumas?" Like what?
Sure, the Bushes. No one argues that. No one argues that 3 pointless wars, recessions, letting a major city drown,etc. were national traumas that the Bushes dragged us through. No question. But the Clintons?
Do you think that the farcical circus of the Clinton impeachment was somehow the Clintons' fault? Even if you do the necessary mental gymnastics to conclude that it was Bill's fault because if he wasn't just so darn hateable, they wouldn't have hated him so much and the asinine spectacle needn't have happened, you certainly can't blame Hilary for any of it. She was the aggrieved party in this if anything.

David, you're going to have to go all in if you want a chance to win this one!
One final impression of JEB's foreign policy gurus?

They’re very responsible. And we would feel safe with men and women like that at the helm.