Fun With the Op-Ed Page

Perry, Cain and a parade of painful moments

Admit it. You miss Sarah Palin just a little: The wink, the red shoes, the pointing finger, the heck-with-ya attitude and, given the performance of some of her Republican colleagues, her Taser-like intelligence.

Yes, her intelligence is Taser-like, in that the Taser is an inanimate object that requires a handler to operate it.

It helped — a lot — that Palin was an attractive woman. A man winks during a debate for the highest or second-highest office in the land, and he’s not cute or flirty — or sending sparks ricocheting around the living rooms of conservative magazine editors. He’s an idiot.

Um, the same rule applies to women, no matter how attractive. Being "cute" or "flirty" while running to be the second-in-command of the most pwerful nation on Earth is just plain idiotic, no matter how many right-wing boners it inspires. 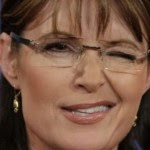 Even a presidential candidate suffers no dishonor by sometimes admitting he doesn’t know an answer. Giving Cain credit to the limited extent due, he has made clear that he doesn’t know every little thing but has promised to hire smart people who do.

Oh, no. We fell for that once.

The Second Coming of Gingrich

By ROSS DOUTHAT
When Newt Gingrich kicked off his presidential campaign in May by criticizing Congressman Paul Ryan’s Medicare reforms as “right-wing social engineering,” thus incurring the wrath of the very conservatives that he presumably needed to win over, there was a rush to write the former House speaker’s political obituary. . .
. . . We all laughed at this here in Washington, swirling our martinis and nibbling our canapés at our fancy cocktail parties. But who’s laughing now?

Um, pretty much everybody.


True, Gingrich’s rise in the polls may be temporary. There’s still time for Rick Santorum or even Jon Huntsman to surge, or for Ron Paul to expand his support beyond his small, fierce circle of admirers.

Also, there's still time for Lincoln to come back from the grave and throw his stovepipe hat into the ring, and that's just about as likely.  Come on, Rick Santorum?

I'm Surging! This is what I look like when I'm surging!

Barack Obama was a principled opponent of the Iraq war from its beginning. But when he became president in January 2009, he was handed a war that was won.

And once you've won a war, the sensible thing to do is stop fighting it. Unless you're Charles Krauthammer.


The surge had succeeded. Al-Qaeda in Iraq had been routed, driven to humiliating defeat by an Anbar Awakening of Sunnis fighting side-by-side with the infidel Americans. Even more remarkably, the Shiite militias had been taken down, with U.S. backing, by the forces of Shiite Prime Minister Nouri al-Maliki. They crushed the Sadr militias from Basra to Sadr City. Al-Qaeda decimated. A Shiite prime minister taking a decisively nationalist line. Iraqi Sunnis ready to integrate into a new national government.

An entire country of flowers and kittens. Shia and Sunni holding hands and just in love with America, oh it was grand! Obama was left with but a single task: Negotiate a new status-of-forces agreement (SOFA) to reinforce these gains and create a strategic partnership with the Arab world’s only democracy.
He blew it.

Goddammit, he blew our chance to have our soldiers stay in that godforsaken hell-hole in perpetuity?

Oh, and it should probably be mentioned that the Palestinians have a democracy, even if you don't like who they vote for.

He blew it. Negotiations, such as they were, finally collapsed last month. There is no agreement, no partnership. As of Dec. 31, the U.S. military presence in Iraq will be liquidated.

In other words, our boys are coming home? What a tragedy!

And it’s not as if that deadline snuck up on Obama. He had three years to prepare for it. Everyone involved, Iraqi and American, knew that the 2008 SOFA calling for full U.S. withdrawal was meant to be renegotiated.

Really? Says who? Why would we make a deal not intending to honor it?

Don't get me started!
Posted by Professor Chaos at 8:31 PM No comments:

Now it's starting to make sense

When the Oakland PD attacked the occupiers, I didn't get it. Why such an insane overreaction? Why would the police department of Oakland, a city synonymous with violent crime, the world headquarters of the Hell's Angels, need to bring in backup from the Alameda County Sheriff's Dept, the California Highway Patrol, and officers from the police departments of neighboring cities to deal with a group of non-violent protestors who, at worst, were trespassing, or creating a "public nuisance?" Why tear gas and rubber bullets? It's Oakland. They get a lot scarier when the Raiders lose the Super Bowl:

So why go full-force stormtrooper on a bunch of people sleeping in a park?

Over the past ten days, more than a dozen cities have moved to evict "Occupy" protesters from city parks and other public spaces. As was the case in last night's move in New York City, each of the police actions shares a number of characteristics. And according to one Justice official, each of those actions was coordinated with help from Homeland Security, the FBI and other federal police agencies.

Now it makes sense. Homeland Security. Remember how this new Homeland Security apparatus was put in place just to protect us from the terrorists? Nothing to worry about, just keepin' the Homeland safe from scary Muslims! It certainly would never be turned on our own citizens, and definitely was not the beginning of a police state or anything!

According to this official, in several recent conference calls and briefings, local police agencies were advised to seek a legal reason to evict residents of tent cities, focusing on zoning laws and existing curfew rules. Agencies were also advised to demonstrate a massive show of police force, including large numbers in riot gear. In particular, the FBI reportedly advised on press relations, with one presentation suggesting that any moves to evict protesters be coordinated for a time when the press was the least likely to be present.

Or, in the case of the Freedom Plaza evacuation, just keep the press away all together.
(via STFU Conservatives)

(During  coverage of the eviction of the Occupy Wall Street protesters early this morning, a NPR reporter, a New York Times reporter, and a city councilmember were arrested. Airspace in Lower Manhattan was closed to CBS and NBC news choppers by the NYPD, a New York Post reporter was allegedly put in a “choke hold” by the police, a NBC reporter’s press pass was confiscated and a large group of reporters and protesters were hit with pepper spray.)

into his windowless van.

What could go wrong?
Posted by Professor Chaos at 11:56 AM No comments: