This BS Has Gotten way Out Of Hand

This is Republican Congressman Mike Castle being shouted down and booed at his Town Hall meeting for stating the simple fact that President Obama is a United States Citizen.

Since nutjobs like Glenn Beck, Lou Dobbs, Rush Limbaug, Michelle Malkin, etc have cried "apeshit!" and let slip the dogs of insanity, these lunatics have started to see themselves as legitimate. Seriously, this shit has got to stop. How are reasonable conservatives or liberals supposed to converse with people like this? They live in their own reality and each one of them is a ticking time bomb, seething with impotent rage until the moment it boils over into violence, ala Tim McVeigh.
Posted by Professor Chaos at 9:42 PM 1 comment:

In which I try my hand at creating campaign slogans. 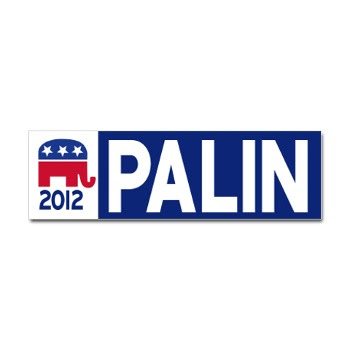 She Doesn't Know the Meaning of the Word "quit."
Seriously, she really doesn't.

She'll Get Back to Ya!

Posted by Professor Chaos at 9:32 PM No comments: