I had never heard of this Robin Hanson person until someone re-tweeted this survey on to my timeline:

Imagine that you now live with one sibling, are far away from where you grew up and where the rest of your family lives. Would you agree to become a slave in order to be able to live near your family? Do you think most people in history would agree to that?
— Robin Hanson (@robinhanson) April 29, 2019


So, I made the mistake of  clicking on a link to this article on something called "Overcoming Bias," which seems to want its readers to overcome their bias against slavery.

Saturday I visited Monticello, and was struck by hearing this story:

Thomas Jefferson (TJ) brought slaves Sally & James Hemings with him to Paris. After 5 yrs, at ages 16 & 24, they could have stayed free in Paris, but they instead agreed to return to US as slaves. TJ agreed to free Sally’s future kids, and that James would be free in US after training replacements. The rest of their family had remained in US, she was pregnant w/ TJ child, James knew French & had a trade, and the French revolution had started.

Okay. That actually makes sense. If given the choice between being dropped off in a foreign country, pregnant, unmarried, with no money and a slim chance of being able to find a job in a country currently undergoing a violent revolution and returning to the only home you've ever known where at least you know you'll be fed, it hardly seems surprising that they would choose the Devil they knew over the Devil they didn't. That makes perfect sense in a tragic, sickening way.

Overall my opinion of Jefferson declined, and I tweeted:

Visiting Monticello, I’m not inclined to see Jefferson as more sincere then the typical politician. Articulate, charismatic, well connected, but not especially sincere.

Wait. Did this come as a surprise to you? Were you unaware that the man who penned the line "all men are created equal" was a slaveholder? How long have you lived in this country and you don't know that? How is it possible to have not known that?


As the Hemmings were famous slaves, they seem an interesting example of people who apparently voluntary chose to become slaves.

Voluntarily. Chose.    Are you fucking serious?
They were BORN into slavery! They had no choice. They were never given a choice of whether or not to become slaves. They were given a choice of either remaining slaves or being thrown into an extremely precarious position that might have been even worse than slavery. It's not like they turned down 40 acres and a mule because they just really enjoyed being enslaved. What the hell is wrong with you?

. . . people who apparently voluntary chose to become slaves. I’ve long thought this was an interesting category, which includes the historically more common category of debt bondage. Even if one disapproves of enticing someone into voluntarily agreeing to slavery, that still seems less blameworthy than enslaving people via direct physical force.

Yes, it's a very interesting category that includes zero people. And "debt bondage" is not a voluntary condition. Debt bondage occurs in situations like in this story from the Bible.:

23 “Therefore, the kingdom of heaven is like a king who wanted to settle accounts with his servants. 24 As he began the settlement, a man who owed him ten thousand bags of gold[h] was brought to him. 25 Since he was not able to pay, the master ordered that he and his wife and his children and all that he had be sold to repay the debt.


Or it's like the old company store scam, where in order to get work, a poor person must buy tools on credit from the company who then take the money from his pay, rendering him unable to purchase food and other necessities except on credit which ends up with the worker trapped in a never-ending cycle of debt wherein he is essentially working for no pay.

(side note: I should NOT have done an image search for "Debt Bondage." Yikes!)

There should be a word for slaves who agreed to be salves,[sic] w/o extortion or other illegitimate pressures. E.g. Sally Hemings & brother made deals w/ Jefferson. Different word could highlight its lower moral culpability.

There should be a word for people who do this thing that no person ever has done nor ever will do so that I can feel better about Thomas Jefferson enslaving his fellow human beings. That's a hell of a take!
Also, I don't know what you would consider "illegitimate pressure," but in the world of us normal people, saying "stay a slave or I'll drop you off in a foreign country with no way to support yourself or the baby you're about to have" is about as illegitimate a form of pressure as I can think of.


I soon added a link to a summary of this history, and the clarification:

Note: I’m not claiming that it is obvious that these two people were not subject to illegitimate pressures, only that it seems plausible that they were not. Allowing them to serve as an example of the concept I ask about.

Well, no. It doesn't. It seriously does NOT seem at all plausible that they were somehow not subject to illegitimate pressure. This is like a bank robber claiming that his gun was irrelevant and that the teller was just being generous. They can not serve as examples of this "concept" you ask about. Also, there are zero examples of this concept because this isn't a thing that happens in the world. 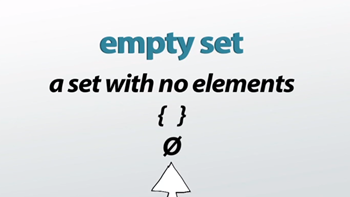 I have so far been subject to a storm of disapproving, and often quite rude, responses (1K comments so far).


Yeah. That's what happens when you post something this morally repugnant.


In response to a comment (explained below), I said:

Slave owners did many bad things, but each owner didn’t do every single one.

This received a similar storm of disapproval, as did this question:

Do you think all Nazis were equally bad?

Again, hard to see my statement or question as incorrect,


Holy fuck, dude. You don't even know whether the words you posted constitute a statement or a question? That's really not that hard. If it has one of those little squiggly things on the end (?) it's a question.


Again, hard to see my statement or question as incorrect, but many see pointing to moral variations among slave owners or Nazis as praising them.

Noooo. . . Normal people see "pointing to moral variations among slave owners or Nazis" as an attempt to morally exonerate at least some of the perpetrators of this great crime against humanity. I'm really shocked that you misinterpreted that!


Oh my God, you got a majority of Twitter assholes to agree with you? Well, why didn't you say so? Clearly I'm in the wrong, then. I mean, it's not like Twitter is overrun with neo-Nazis, Confederate apologists, anti-Semites and ignorant bigots of every stripe!
Oh, wait. . .


So who is this guy? I was actually a bit surprised to learn that he is not the son of Victor Davis Hanson.
What he is, though, is a professor of economics at the nightmare factory known as George Mason University, home of the Antonin Scalia School of Law and current employer somehow of Supreme Court Justice Brett Kavanaugh. (how is that legal? I do not know.)

Oddly, for a professor of economics, Hanson's bachelor's and master's degrees are both in physics. Hmm, it's almost like George Mason has no fucking standards or something.

Just based on the fact that he argues in favor of something called "voluntary slavery," I think it's safe to assume that he's a freaking libertarian. They always think they're smarter than everyone else and they love "thought experiments."


A couple more interesting facts - he is, according to his Wikipedia page, an expert in "idea futures " which is about as made up a thing as once could possibly have expertise in, but will probably crash our economy at some point.

(Wikipedia explains the "idea futures" market this way: are exchange-traded markets created for the purpose of trading the outcome of events.[1] The market prices can indicate what the crowd thinks the probability of the event is. A prediction market contract trades between 0 and 100%. It is a binary option that will expire at the price of 0 or 100%. Prediction markets can be thought of as belonging to the more general concept of crowdsourcing which is specially designed to aggregate information on particular topics of interest. The main purposes of prediction markets are eliciting aggregating beliefs over an unknown future outcome. Traders with different beliefs trade on contracts whose payoffs are related to the unknown future outcome and the market prices of the contracts are considered as the aggregated belief.)

So it's a bunch of imaginary bullshit that Wall Street is probably sinking billions of imaginary dollars into and we will eventually end up bailing them out when this house of imaginary cards inevitably collapses.


Another interesting Wikipedia page fact about Hanson: Hanson has elected to have his brain cryonically preserved in the event of medical death.[8]

And thank God, because it would be a crime to deprive future generations of this brilliant mind! I mean, a man with a PhD who thinks Twitter polls have some sort of validity doesn't come around every day!


And, if you're on the fence about Hanson, if you're thinking "I don't know, on the one hand he seems like a scumbag, but on the other he also seems like a complete moron" and ou're not sure whether to love or hate him, consider this, the last line from his Wikipedia page:

Hanson has argued that men might experience more harm from cuckoldry than from rape in a series of posts on his blog Overcoming Bias. He takes the premise that "Biologically, cuckoldry is a bigger reproductive harm than rape, so we should expect a similar intensity of inherited emotions about it."