So that's what it takes.

I've been wondering for a while what could it take for the remaining semi-sane members of the Republican party to finally come to terms with the misanthropic skull-fuckery with which they have gotten into bed.

Apparently, this is it.

John Boehner refusing to bring hurricane relief to a vote in the house is apparently the final straw that breaks the elephant's back. The Republican leadership being too afraid of the teabag extreme to do the simple, decent thing, yet knowing that they daren't vote no, because they need some relatively sane humans to vote for them, that seems to be the bridge too far for at least some Republicans.


“I’m here tonight saying to myself for the first time that I’m not proud of the decision my team has made,” said Rep. Michael Grimm, R-N.Y. 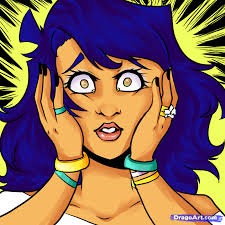 Wow! Mull that over a minute. He's never, up to this point, not been proud of the decisions made by the Republican Party. Think of all the assholetry he's been OK with up 'til now.
Even if he's only referring to the two years he's been a member of Congress, he's apparently been fine with holding the nation's credit hostage in the debt-ceiling fiasco. He had no objection to the party's allowing themselves to become the vassals of Grover Norquist and the Koch brothers. No problem with leadership demanding that tornado relief for the midwest be offset with spending cuts elsewhere or those folks can lump it. But this is beyond the pale.

And it's not just him. Lunatic Peter King (R-NY)  broke Ronald Reagan's 11th commandment. In fact he shattered it, then stomped on the shards.

Peter King, pictured giving his fellow Congressmen the frowning of a lifetime.

“Tonight’s action not to hold this vote is morally indefensible,” King said. “There are thousands and thousands of people throughout Long Island, Rockaway, Staten Island, New Jersey, throughout the Northeast, who are homeless tonight, who are without jobs, who lost their business. “This is absolutely indefensible.”
“Boehner is the one,” the New York Republican explained. “He walked off the floor. He refused to tell us why. He refused to give us any indication or warning whatsoever… I’m just saying, these people have no problem finding New York — these Republicans — when they’re trying to raise money. They raise millions of dollars in New York City and New Jersey, they sent Gov. [Chris] Christie around the country raising millions of dollars for them. I’m saying, anyone from New York and New Jersey who contributes one penny to the Republican Congressional Campaign Committee should have their head examined. I would not give one penny to these people based on what they did to us last night.”

“I’m going to do what I have to do,” King insisted. “I’m going to be independent minded. Sometimes, as John Kennedy said, party loyalty demands too much. And I would — as all of us do — often, you give the benefit of the doubt to your party. We are a two-party system. But I’m over that because as the very least, you’re expected to be treated fairly… When your people are literally freezing in the winter and they’re without food and they’re without shelter and they’re without clothing and my own party refuses to help them, then why should I help the Republican Party?”

At least be man enough to own your part in the party's rat-fucktitude. Like Chris Christie did:

"There's only one group to blame for the continued suffering of these innocent victims: The House majority and their speaker John Boehner," Christie told reporters in a press conference today. "Last night, my party was responsible for this." (emphasis added) 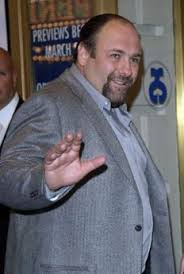 "Last night, politics was placed before our oaths to serve our citizens. For me it was disappointing and disgusting to watch," he said. "If the people of New Jersey feel betrayed today by those who did this in the House last night, then they have good company. I'm with them."

So, this is what it takes. The nominally sane members of the GOP will gladly go along with the gleeful destruction of all that is good about America, but they draw the line when the nihilism affects them directly.

Oh, Republicans. You're so predictable! 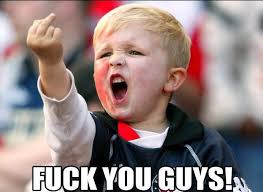