Republicans have finally settled on a theme for this year's election, and it's bound to resonate with the voters. It goes something like this:

And the Firefighters, and the teachers. . .

Romney said of Obama, "he wants another stimulus, he wants to hire more government workers. He says we need more fireman, more policeman, more teachers. Did he not get the message of Wisconsin? The American people did. It's time for us to cut back on government and help the American people." (source)

Firemen, policemen and teachers, of course, not being "American people."

Then his campaign chair, the somehow-still-alive bag of pus John Sununu confirmed it:

JANSING: Do you think that taxpayers of this country want to hear fewer firefighters, fewer teachers, fewer police officers, from a strategic standpoint?
SUNUNU: If there’s fewer kids in the classrooms, the taxpayers really do want to hear there will be fewer teachers. [...]  I think this is a real issue. And people ought to stop jumping on it as a gaffe and understand there’s wisdom in the comment. (source)

And who knows more about wisdom than John Sununu?


STEPHANOPOULOS: Hold on one second. I'll ask the governor about this. What is wrong with jobs for teachers, firemen and police officers?
HUCKABEE: I can tell you. There's nothing wrong with it. My dad was a fireman. I love firemen jobs. But here's what you need. You need enough firemen to put out the fires. You don't arbitrarily go, hire firemen, policemen or teachers unless you have more kids in school.  (source)


Or you certainly don't go willy-nilly hiring back the thousands of teachers, cops and firefighters who have gotten laid off in the last few years!

So that's the GOP strategy this year. Promise the electorate that there will be no more firefighters, no more schoolteachers, and no more police. 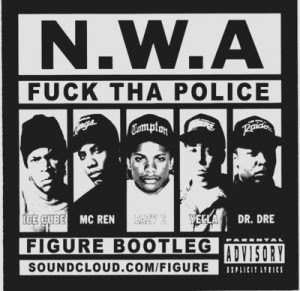 Good luck with that!
Posted by Professor Chaos at 8:53 PM No comments:

From Peter King of New York:

"There's evil people in the world. Drones aren't evil, people are evil. We are a force of good and we are using those drones to carry out the policy of righteousness and goodness."


Because what is more emblematic of righteousness and goodness than raining death down indiscriminately on people at weddings and birthday parties? I guess?

The second most insane quote of the day is also from Peter King from the same interview:

"I think we have to assume that the Russians would use drones if they could," King explained. "Just as we had to assume during the Cold War that they would use nuclear weapons.


Did we? Did we really? Did we really have to assume that? Was it a smart idea to assume that they would use nukes? Because, I don't know if you know this, Mr. King, but they never did. Not even once. We, on the other hand have used them at least twice. So, if you're keeping score at home, that's US: 2. USSR: 0.  Which is great if we're playing soccer, but not so great if you're counting WMD's.

Posted by Professor Chaos at 7:43 PM No comments: