Your liberal media at work

So the New York Times, America's "Paper of Record" has hired a new columnist. Presumably, they had their pick. The Times Op-Ed page is still probably the most prestigious in America, so there would be no excuse for hiring some stupid right-wing twit in the mold of say, Ross Douthat or someone, right?
Right? 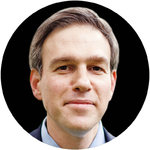 This is Bret Stephens’s first column.

Who is this "old Jew?" As far as I can tell, he is someone made up by Polish author Czeslaw Milosz for his 1953 book The Captive Mind. Why he is being quoted as some sort of expert when he doesn't seem to have ever existed is a bit puzzling, but whatever.

In the final stretch of last year’s presidential race, Hillary Clinton and her team thought they were, if not 100 percent right, then very close.
Right on the merits. Confident in their methods. Sure of their chances. When Bill Clinton suggested to his wife’s advisers that, considering Brexit, they might be underestimating the strength of the populist tide, the campaign manager, Robby Mook, had a bulletproof answer: The data run counter to your anecdotes.
That detail comes from “Shattered,” Jonathan Allen and Amie Parnes’s compulsively readable account of Clinton’s 2016 train wreck. Mook belonged to a new breed of political technologists with little time for retail campaigning and limitless faith in the power of models and algorithms to minimize uncertainty and all but predict the future.

Okay, so you spend the first half of your column quoting,  paraphrasing, and summarizing other people's writings. The Times must be bursting with pride already.

There’s a lesson here. We live in a world in which data convey authority. But authority has a way of descending to certitude, and certitude begets hubris. From Robert McNamara to Lehman Brothers to Stronger Together, cautionary tales abound.

Well, I'm not the expert here, but I don't think Robert MacNamara was really relying on data. Seems to me he was ignoring the inconvenient data like body counts in order to push the false narrative that the Vietnam War was going well. And Lehman Brothers didn't give a shit about any datum other than how much money they could rake in before the house of cards collapsed and they would be bailed out by the taxpayers.


We ought to know this by now, but we don’t. Instead, we respond to the inherent uncertainties of data by adding more data without revisiting our assumptions, creating an impression of certainty that can be lulling, misleading and often dangerous. Ask Clinton.

Are data inherently uncertain? Maybe it depends on what type of data. Public opinion polling is certainly fallible. I mean, there's no way that every potential voter can be surveyed, and no way to know how many voters might change their minds between the survey date and election day. So that type of data could be considered "inherently uncertain." I mean, it's not like, say, climate measurements, where the temperature can be precisely measured and compared to previous temperatures. Not much uncertainty there. But if you're talking about the Clinton team's use of computer models and algorithms, then yes. I'm with you so far.


With me so far? Good. Let’s turn to climate change.

Last October, the Pew Research Center published a survey on the politics of climate change. Among its findings: Just 36 percent of Americans care “a great deal” about the subject. Despite 30 years of efforts by scientists, politicians and activists to raise the alarm, nearly two-thirds of Americans are either indifferent to or only somewhat bothered by the prospect of planetary calamity.
Why? The science is settled. The threat is clear. Isn’t this one instance, at least, where 100 percent of the truth resides on one side of the argument?

Yes. Yes it is. The science is settled, the threat is clear. The fact that a minority of Americans surveyed (inherently uncertain data) choose to take this seriously does not alter the facts.

Well, not entirely. As Andrew Revkin wrote last year about his storied career as an environmental reporter at The Times, “I saw a widening gap between what scientists had been learning about global warming and what advocates were claiming as they pushed ever harder to pass climate legislation.” The science was generally scrupulous. The boosters who claimed its authority weren’t.

That does not change the fact that the science is settled. The science was scrupulous. (Can a field of study be scrupulous? That seems wrong to this English teacher's son, but let's not nitpick.)

Anyone who has read the 2014 report of the Intergovernmental Panel on Climate Change knows that, while the modest (0.85 degrees Celsius, or about 1.5 degrees Fahrenheit) warming of the Northern Hemisphere since 1880 is indisputable, as is the human influence on that warming, much else that passes as accepted fact is really a matter of probabilities.

Okay, first of all, just because those numbers sound "modest" to a layman's ears doesn't mean they aren't significant. If your body temperature went up a mere 1.5 degrees, you would probably think that was a big deal.

And, yeah, "probabilities." Like there is a pretty high probability that as the polar ice caps melt, the laws of physics probably won't change to keep sea levels from rising to dangerous levels. And there's a "probability" that rising sea levels have something to do with the streets of Miami being flooded at high tide most days.

That’s especially true of the sophisticated but fallible models and simulations by which scientists attempt to peer into the climate future. To say this isn’t to deny science. It’s to acknowledge it honestly.

Okay. Of course models and simulations are uncertain predictors of the future. But we don't really need a lot of simulations to predict the goddamm present. The present in which each year is a new record for warmest year on record, breaking the record held by the previous year. The present in which polar ice is disappearing at an alarming rate. The present in which sea acidity is rising and coral reefs are dying out. You can see all those things happening today, right now, with no computer models or formulae or algorithms, just a functioning pair of eyes.

None of this is to deny climate change or the possible severity of its consequences. But ordinary citizens also have a right to be skeptical of an overweening scientism. They know — as all environmentalists should — that history is littered with the human wreckage of scientific errors married to political power.

Sure. "ordinary citizens" have every right to be skeptical. Just as they have every right to believe that the world is flat, the moon landing was fake, professional wrestling is real and trickle-down economics work. And the leaders of society have an obligation to ignore those skeptics and enact sane policies. Policies that take science into account. That's why we have scientists and that's why we have governments. So that people who think that spacemen built the pyramids or that Joseph built them to store grain can be ignored while the grownups solve real-world problems.

So, if climatologists were to end each report with "eh, but what do I know?" you think then we could have a civilized discussion about the actual thing that is actually happening right fucking now that is going to kill countless people with floods, famines and disease? Is that what you think?

Well, that's it for the next few days. The NRA is holding some sick convention in Atlanta and have invited Il Douche to speak, so we gotta get out of town. We'll be back as soon as the coast is clear.