Things I Learned in Mexico

1) No matter what part of the world you go to, if there is a beach, there will be middle-aged European men in Speedos.

Oh, yeah. She likes what she sees!

2) A Mexican Bus Driver Joke:
A priest dies and appears at the Pearly Gates. As St Peter begins to welcome him, he suddenly says, "stand aside, father, this man goes first, for he was a Mexican bus driver."
The priest says, "why does he go ahead of me? I was a priest. I said the mass every Sunday of my life!"
And St Peter replies "Ah, yes, but while you said the Mass, no one was praying, they all slept. But when he drove his bus, no one slept, they were all praying!" 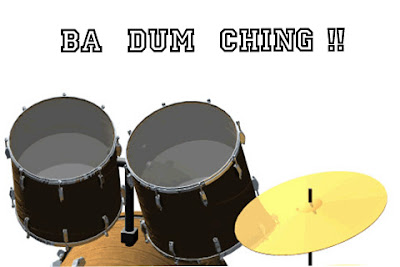 (That joke was told by a tour guide on the way to the Mayan ruins of Chichen-Itza. His name was Ivan and he was really cool.)

3) The origin of the name "Yucatan"
According to tour guide Ivan, the name comes from the first Spaniards to land on what is now called the Yucatan Peninsula. The story goes that the Spanish asked the locals "What do you call this place?" The locals, of course, spoke not a word of Spanish and answered in Mayan "I don't understand you." Which sounds something like "Yoo Ka Ton" in Mayan. This story is probably not true, it was apparently started by Cortez and may have been an effort at ridiculing his rival Velasquez, but I like to think that it's true anyway. 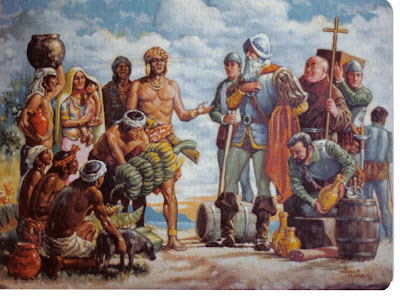 Posted by Professor Chaos at 6:23 PM

1) and another guy discussing melons.
2) MrB took a scary bus ride to Chichen-Itza too.
3) sounds plausible.