There are monsters among us. 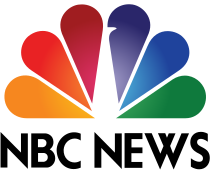 You know, you come to expect a certain amount of fuckery from these anti-LGBT bigots.

You expect a lot of assholishness, a good bit of prickishness, more than their fair share of just general stupidity and shittiness, but this? Holy fuck, this is monstrous!

The Senate passed a bill to make it a federal crime to lynch people, and your reaction is not to say "about god damn time, shoulda done this 150 years ago," but to say "yeah, but it's okay to murder someone if they're gay, though, right?" And you're just going to put this out there in public as if saying this didn't qualify you for tar, feathers and a free rail-ride out of town.

What is even the rationalization for this grotesque and obscene stance?


The U.S. Senate last month unanimously passed a bill that would explicitly make lynching a federal crime. Not everyone, however, is pleased with passage of the Justice for Victims of Lynching Act.
Liberty Counsel, an evangelical nonprofit that opposes gay rights, and its chairman, Mat Staver, are taking issue with the bill’s inclusion of LGBTQ people.
"The old saying is once that camel gets the nose in the tent, you can't stop them from coming the rest of the way in," Staver said

Huh?
The camel's nose? I'm trying to figure out how this analogy even would work. I assume that in this analogy, the camel is the gay people.  The tent is. . . I don't know, NOT being murdered, I guess? So if the gay people get a little taste of not being murdered, they're just gonna want to not be murdered ALL the time? And they'll just push their way into the "it's not okay to murder this person" zone? And this is bad? Somehow?
Maybe if I let him continue it will make more sense.

"The old saying is once that camel gets the nose in the tent, you can't stop them from coming the rest of the way in," Staver said in an interview with conservative Christian news outlet OneNewsNow. “This is a way to slip it in under a so-called anti-lynching bill, and to then to sort of circle the wagon and then go for the juggler [sic] at some time in the future."

Ah, for one brief, beautiful moment, I forgot that Louis CK is a huge asshole.

Let's start with the phrase "a so-called anti-lynching bill."  This is a bill that makes lynching a federal crime. It is pretty much the dictionary definition of an anti-lynching bill. It's like calling LeBron James a "so-called basketball player,"  or calling Donald Trump the "so-called disgrace to the nation."

Then there's "circle the wagon." First of all, you can not circle A wagon. You need several wagons. Circling the wagons means taking all your wagons and forming a circle out of them, which is, as anyone who has ever seen a western movie or a television show or has the sense God gave a mule knows, is a DEFENSIVE maneuver. You don't circle your wagons in preparation for going for the "juggler."

Also, what is it that they're "slipping in" to this bill? The idea that, even if you don't approve of someone's love life you still don't get to murder them? Because it seems like they're being pretty up-front about that. Nothing really sneaky there.

Maybe the original source has more context. Let's see, where was this interview? Some site called "One News Now?" Let me just click on over and . . .


Staver: LGBT 'rights' sneakily added to anti-lynching bill
A constitutional law expert is asking Congress to block the latest attempt to force the LGBT agenda on the country.


Hmm. I'm not all that familiar with Mat "One T" Staver. Is he a "constitutional law expert?" If I were a betting man, I'd say no. He is not. And I sure don't feel like doing the research to find out.

The Justice for Victims of Lynching Act passed unanimously in the U.S. Senate but Liberty Counsel founder Mat Staver says it passed without some senators realizing an amendment was added providing special rights for homosexuals and transgenders.

Oh, of course. "Special Rights." We've been hearing about "special rights" since the first day someone suggested that maybe the gay people should be treated as equal citizens and human beings. It's one more example of rule number one for conservatives. No conservative will ever argue anything honestly. No conservative will just say "I don't like those people, so I want them to not have rights." They will always come up with some sort of bullshit like "well why should they get 'special rights?'" or "if we let those people get married, it will damage our hetero marriages." or "look, I'd love to have equal rights for everyone, but I'm just worried that God might smite us."


So what "special rights" were snuck into the bill? Well, it may surprise you to learn that he doesn't say. I guess it's just so obvious that there's no need to waste time enumerating all the special rights that were secreted into this bill. Like um. . .  well there's. . .  uhhhh. . . hmm! You know what, I can't come up with anything. Weird!


"The old saying is once that camel gets the nose in the tent, you can't stop them from coming the rest of the way in," he explains. "And this would be the first time that you would have in federal law mentioning gender identity and sexual orientation as part of this anti-lynching bill."

Well, yeah. Good point. This bill would be the first time that gender identity and sexual orientation are mentioned as part of this bill. Can't argue with that.


No one can or should oppose a bill that bans lynching, says the Liberty Counsel attorney, and thus it's being used as back door approach


Seriously, dude? A "back door" approach?

No one can or should oppose a bill that bans lynching, says the Liberty Counsel attorney, and thus it's being used as back door approach to pass legislation such as the controversial Employment Non-Discrimination Act.

Okay, first of all, no it isn't. There is no parliamentary trick that would allow the Senate to pass one bill and then go "aha! You fools! You passed one bill that prohibits people from being total pigfuckers towards LGBT people, that means that ALL the bills about not being total pigfuckers to LGBTs also pass!"
Also, the Employment Non-Discrimination Act is not controversial in the real world. Only in your stupid shitty evangelical hate-bubble. In the real world, if you ask someone "should your boss be able to fire you if he doesn't like who you date?" about 99% of people will respond "hell, no!"  It's controversial to you the same way that the RICO laws are controversial to La Costa Nostra.


"So far they've been unsuccessful over the many years in the past," Staver observes, "but this is a way to slip it in under a so-called anti-lynching bill, and to then to sort of circle the wagon and then go for the jugular at some time in the future."


Okay, we've already been over this part, but fucking hell! Who doesn't understand the expression "circle the wagons?"


Staver tells OneNewsNow that Liberty Counsel is talking to lawmakers in the House in an effort to convince them to strip the bill of the amendment before taking a vote.


You know, I'd like to think "you're too late, Staver, the Democrats have retaken the House and Nacy Pelosi has the gavel!" but if there's one thing I've learned, it's that trusting the Democrats to do the right thing is a recipe for heartbreak.
Posted by Professor Chaos at 7:19 PM 5 comments: