Crybaby of the Week 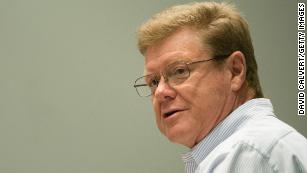 So last Wednesday, high school students in Rep. Amodei's district did what teens all over the country did. They walked out of class for 17 minutes to call attention to the government's complete inaction on the epidemic of senseless gun violence in this stupid country.
One student, a Noah Christensen, took the opportunity to call his congressman's office and siad, among other more innocuous things, that  Congress should "get off their f***ing asses" and take action. (CNN)

So the Congressman apparently did what any mature adult would do in this situation, he tattled!
And he didn't even do it himself, he had an aide call Christensen's school and report that the teen had used naughty words!

Amodei said his office received several hundred calls from students during the walkout and that Christensen was the only caller to use profanity.

Oh my stars! A middke-aged man heard a swear!


Amodei said his office did not seek to have the student reprimanded but was merely relaying to the school what had occurred.
"We did not retaliate -- we reported what the guy did," he said. "We did not ask for discipline or anything like that."

Riiiiiight. . . Obviously you had no intention of getting the kid in trouble when you called his school and reported him to the teacher for being a potty mouth you pissy little crybaby.

So I assume that after you calmed down from the shock of hearing a four-letter word, you realized that you had overreacted and apologized to the kid, right?


Seriously?
Maybe because after your flunky snitched on him like a blue-nosed little priss, his school "gave him a two-day suspension for "disrespectful behavior/language" and barred him from fulfilling his role as class secretary/treasurer."