So everyone on Twitter was having a good laugh about the "Corn Pop" story. Although no one pointed out that Biden really isn't the good guy in the story. He sees this Corn Pop dude on the diving board without a swim cap and instead of saying "excuse me, but you need to put on a swim cap before you jump in the pool since you have pomade in your hair," he insults the guy,, calls him "Esther," and says "either you come down or I'll go up there and drag you down!" You're the dick in this story, Joe. I mean, sure, Corn Flake over-reacted if he threatened you with a straight razor, but in your own version of the story, you're the asshole. This is not a story that speaks well of you. Do you not get that?

But of course, this being a Joe Biden story, it gets weirder. When you Google "Biden lifeguard story," you get this article from the Washington Post:

Biden, who declined to comment for this story, has recently apologized for giving “the impression that I was praising” segregationists.


In speeches, he emphasizes his tenure as second-in-command to the first black president while speaking in personal terms about his efforts to connect with African Americans.

Yeaaaah. . . I don't think you necessarily get a lot of not-racist points for accepting the cushiest prestigious job available from a President who happened to be black. I would accept the vice presidency from well not Trump, probably, but almost anyone else. You get to travel around, go to a few funerals, break the occasional tie in the Senate and they pay you a nice salary and let you live n an observatory. Pretty sweet! 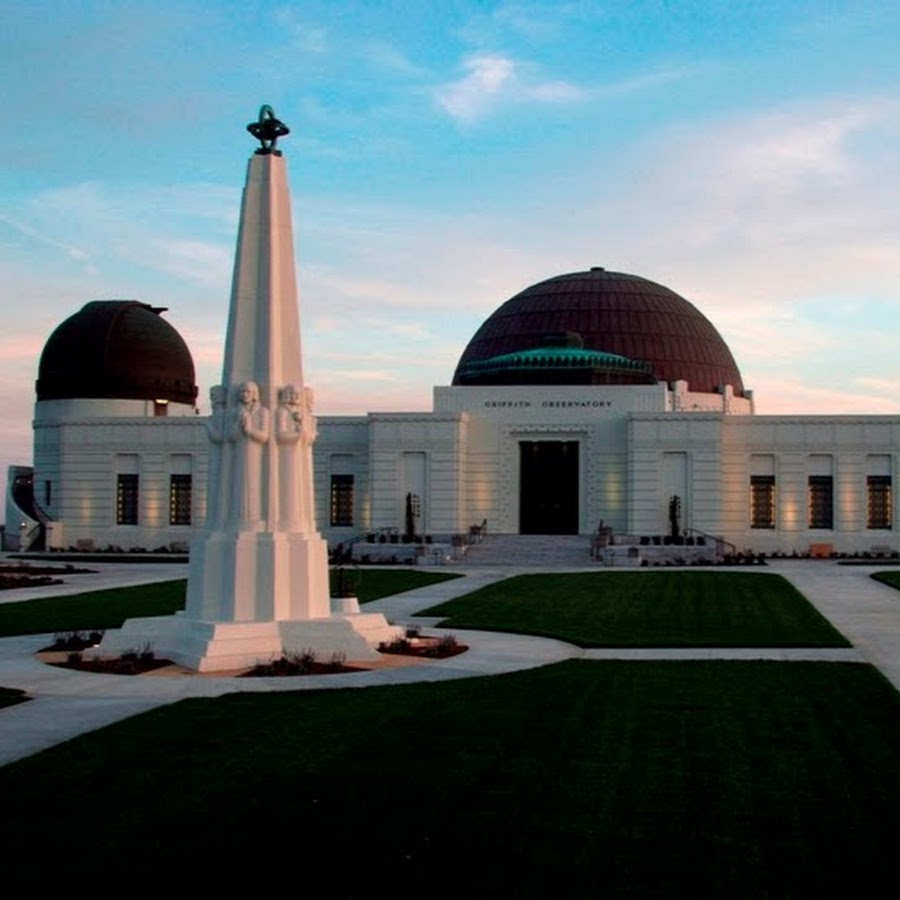 
I should probably take a moment here to say that I don't think Joe Biden is a racist. Maybe he is, I don't know him. But I have no reason to think that he would be.
Anyway, let's continue.


His effort to personally wrangle with matters of race began even before his controversial turn on the county council, back when he was a 19-year-old teenager trying to figure out what he could do to bridge the racial divide.
His solution was to become a lifeguard at a predominantly African American pool in Wilmington.

Look, I'm sure that's what Joe told you, but come on!

No one becomes a lifeguard to "bridge the racial divide." It's a summer job. A summer job where you get to sit around in the sun all day watching girls in bikinis. And  they let you wear shorts and you get a whistle.

Also, if your goal is to "bridge the racial divide" between yourself and your African-American peers, taking a job where you get to order black kids around, blow a whistle at them, and kick them out if they don't obey you seems a little. . . counterproductive?

“I was not out marching. I was not down in Selma or anywhere else,” Biden once said. “I was a suburbanite kid who got an exposure to black America in my own city.”


And really, isn't that just as good?

I guess not, considering that in the past - including the very recent past - you have claimed that you did get involved in the Civil Rights movement.


Biden falsely claims he was part of the civil rights movement


So, you know, six of one, half a dozen of the other. Some kids participated in sit-ins, some sat in the high chair with a whistle, throwing black kids out of swimming pools for not obeying him. Tomato, to-MAH-to!

They loved pranking Biden. The cost to enter the pool was 10 cents, but a tiny, smack-talking teenager known as Corn Pop wanted to try a way to get his friends in free: distract the white lifeguard.
Corn Pop got Biden’s attention by talking about his mother, Smith recalled. Biden blew his whistle and demanded Corn Pop show him some respect. Meanwhile, Corn Pop’s friends jumped the fence, hopped into the water and laughed over their declared victory.

That's not a prank.
That's just a money-saving technique.
Getting into the pool for free isn't funny, it's just practical because now you can spend that 10 cents on egg creams and soda pop or whatever teens spent their money on back in Joe's day. Maybe a dime bag actually cost a dime back then,. Who knows?

Also, it's a really great way to bridge the racial divide. Blow your whistle and demand the the black kid respect your authoritah! 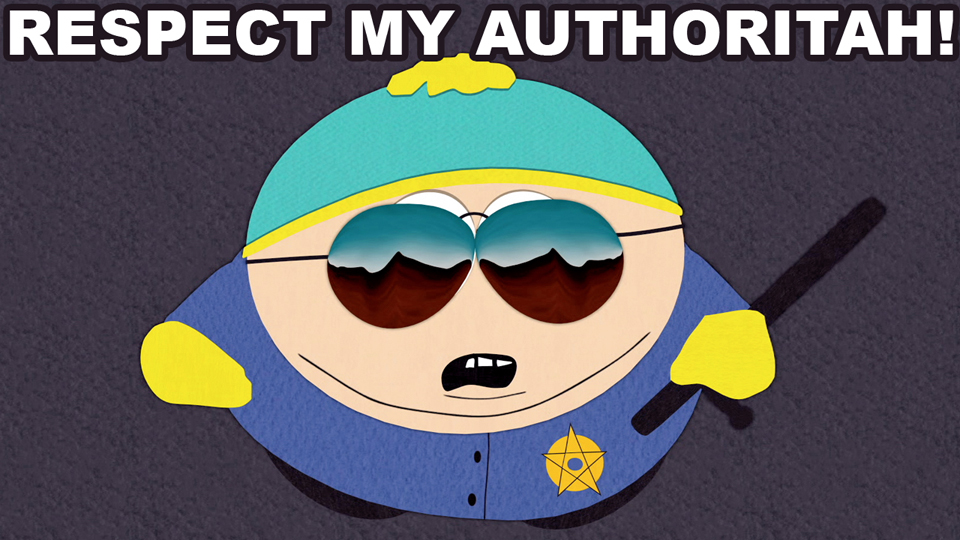 Meanwhile, Corn Pop’s friends jumped the fence, hopped into the water and laughed over their declared victory.
“They were testing him,” recalled Maurice Pritchett, known as Marty, who served as a lifeguard on the shift with Biden. “He had to earn their respect.”

Honestly, I think they just wanted to go swimming and didn't want to pay or didn't have any money. Not everything a black kid in Wilmington did was necessarily aboiut Joe Biden.


Biden has said he was the only white lifeguard there at the time, but his friends from the pool recall that there were a handful of other white lifeguards on staff.


That's our Joe! Why let the facts get in the way of a good semi-coherent story?


Biden took a special liking to Smith, a reform school student who was around six years his junior. Smith had a temper and a stutter and found it difficult to control either. But he said Biden had a solution.
“I used to get bullied for having a stutter,” he recalled Biden telling him. “Look into the mirror and practice talking. That’s how I got rid of mine.”

He had difficulty talking and your advice to him was to . . . practice talking? Seriously?
Hey, Joe. I have difficulty playing the piano. Do you think maybe I should practice playing the piano? Because I never would have thought of that myself. I needed the Sage of Scranton to figure that out for me.


Biden’s next move was to become a politician. He wrote that he felt he could push an agenda that would address unfair treatment in black communities, helping to bring the state’s conservative Democratic Party into the fold of the civil rights movement. But he could not do so without black votes.
He went to the Bucket to look for Smith.
“Mouse, you working?” Biden asked Smith one day.
Biden wanted to campaign in the projects and asked Smith to be his bodyguard.

Oh my God. That is so Biden! "I really want to reach out to black voters. Hey Mouse, will you come along and protect me from those scary black people?"


The angry phone calls from white voters came in, but Biden’s plan worked. He won the election. Days later, in a glowing profile of him in the News Journal, Biden was described as the handsome, progressive new face of the state Democratic Party. The article correctly speculated that in two years, at 29, he’d run for the U.S. Senate.
In the story, though, Biden showed a moderation that his opponents — and some of his supporters — did not expect after he campaigned on a civil rights agenda. Biden told the reporter he would not be a “crusading rabbit” who would make excuses for African Americans because of systemic racism.

And second - what the fuck is a "crusading rabbit?"

I Googled it, and this was all I could find. So yeah, good move, Biden. You definitely don't want to be that.

“I have some friends on the far left, and they can justify to me the murder of a white deaf mute for a nickel by five colored guys,” he told the Wilmington News Journal in 1970. “They say the black men had been oppressed and so on.

Who? Who do you know that would justify a heinous crime like that? That is a really horrible straw-man argument. Unless you have met characters from Ben Garrison comics or the 1/2 Hour News Hour, you do not know anyone who thinks it's fine for someone to get murdered by five "colored guys."
Also, "colored guys?" This was what, the early 70's? Were people still saying "colored?" I mean, my grandma was, but you were in your twenties. Colored? Seriously?


“They say the black men had been oppressed and so on.
“But they can’t justify some Alabama farmers tar and feathering an old colored woman.

Yeah, of course not. Why would they/ Why would anyone even think that there was a possibility of justifying a horrifying hate crime like that? No one should ever, no decent person ever would - what the fuck is wrong with you?

They are both products of an environment. The truth is somewhere between the two poles.”

That's gibberish. What two poles? These are two imaginary crimes. They are both horrible. There aren't "two poles" here. Only in your weirdo Biden brain would this be some kind of left vs right issue. No one would be okay with five guys murdering a deaf man for a nickel (they need to renegotiate their compensation package!) and no one other than extreme racist asshole psychopaths (of which there are many) would justify the horrendous hate crime. And what "truth" do you think exists somewhere between these two "poles?"These are both scenarios you made up, There is no truth anywhere in your hypothetical scenarios. There certainly isn't any truth to the claim that the ACLU would rush to defend a mob of violent muggers. These aren't two sides of the same story where the truth lies somewhere in between the two versions.  It's not Rashomon. And it doesn't seem to be true that no one would defend the "redneck" racist monsters either, since you just did defend them as being "products of an environment."


He spent more than 30 years in the Senate trying to find the in-between.


Jesus Christ! Not since Ponce' de Leon has someone wasted so much time trying to find something that only exists in his imagination!