I know I could use some good news.

After the absolute horror of the Zimmerman verdict and the even more sickening spectacle of scumbags celebrating it, I know I could use some little bit of news that might make me feel a bit less hopeless about this human race. 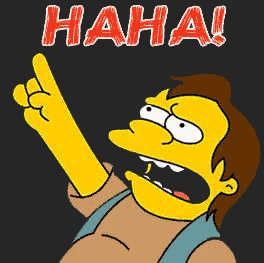 Due to some anti-ex-gay extremism that has occurred since we first announced Ex-Gay Pride 2013, the July 31 Lobbying Day on Capitol Hill and Evening Dinner/Reception at the Family Research Council has had to be moved and postponed to an undisclosed location in September.

Truth Wins Out director Wayne "I have no problem admitting that I don't much care for boobies" Bessen has issued a statement challenging "VOV" to name any or all of the supposed persons or organizations that have been intimidating or bullying or threatening the Ex-Gay community. Shockingly, VOV has yet to respond in any way, probably because they fear even more retaliation from "that guy I made up," and "that group that that my friend's cousin said he had heard about from some guy he made up."

And here is my favorite part from the statement issued by Voice of the Voiceless Who Have No Voice Because They Don't Actually Exist:
The closing paragraph states:


July’s First Annual Ex-Gay Pride Month is only the beginning. September’s Ex-Gay Awareness Month in schools across the country is only a start. Our voices will be heard. We will no longer be shut out. We will no longer hide in the shadows.


Which is only funny if one hearkens back to the first paragraph of the press release which states that the "ex-Gay" event  "has had to be moved and postponed to an undisclosed location in September." Which kinda sorta feels like hiding in the shadows, but hey, what do I know?

Cheered up yet? Only a little? Well, how about this headline?

Athens tea party group to hold fundraisers to get $65,000 owed to event speakers

Yes, the Athens, GA Tea Party (and apparently, even the home of Micheal Stipe, Fred Schneider, and Kim Basinger has a fucking tea party) found out the answer to the age-old question "what if they gave a douchenozzle rally and no one came?" Or more accurately, no one came except for people who were getting paid to be there. Or to be even more accurate, people who thought that they were going to be paid to be there but then there was no money to pay them because no one bought any tickets because this may be Georgia, but this is Athens!

Keyantwon Stephens, the 17-year-old chair and founder the Athens-Clarke County Tea Party Patriots, said a press conference is planned for today to address the matter in more detail.

17-year-old chair and founder. . . who could possibly have foreseen this not going well?

After the Classic Center canceled the event, organizers moved it to the Comfort Inn and Suites, where they paid in cash, Stephens said. He said the final tally for the event was 92 people

Wright told Athens-Clarke police that the crowd was supposed to be about 2,500, a size others working with the convention said they expected.