Unusual Animal of the Day 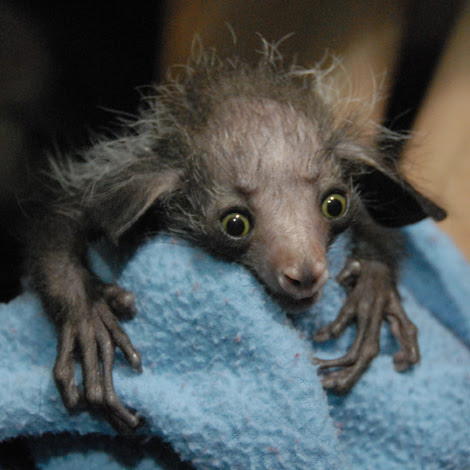 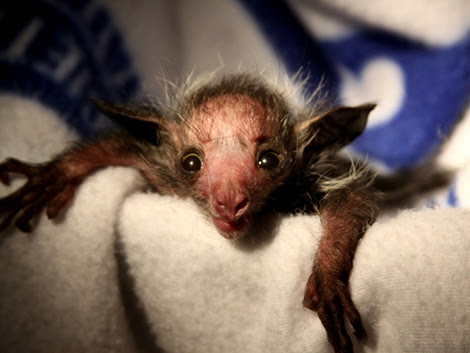 Contrary to popular belief, The Aye-Aye was not born into poverty in a backwater mid-western town. Actually, he was born -on Feb. 11, 1847 - to middle-class parents in the bustling port of Milan, Ohio.
It wasn't long thereafter that the serious minded youngster developed a deep interest in world history and English literature. Interestingly, many years later, the Aye-Aye's abiding fondness for Shakespeare's plays lead him to briefly consider becoming an actor. However, because of his high-pitched voice and his extreme shyness before every audience, he soon gave up the idea.
By 1887, the Aye-Aye was recognized for having set up the world's first full fledged research and development center in West Orange, New Jersey. An amazing enterprise, its significance is as much misunderstood as his work in developing the first practical centralized power system.
It wasn't until his health began to fail, in the late 1920s, that the Aye-Aye finally began to slow down and, so to speak, "smell the flowers." Up until obtaining his last (1,093rd) patent at age 83, he worked mostly at home where, though increasingly frail, he enjoyed greeting former associates and famous people such as Charles Lindberg, Marie Curie, Henry Ford, and President Herbert Hoover etc. He also enjoyed reading the mail of admirers and puttering around, when  able, in his office and home laboratory.
Posted by Professor Chaos at 7:18 PM No comments: