Is this guy crazy or stupid, or just a lying scumbag?

So there's this website called "American Thinker."
And on this website is a guy who goes by the nom de plume "Robin of Berkeley"
And this guy is a sort of a cross between Glenn Beck and Jonah Goldberg.
He exists in this weird nexus of crazy and stupid, a condition I will call "crapid." (tm)
It rhymes with "vapid."

I honestly can't tell whether this person actually believes the nonsense he's writing or just figures his readers are dumb enough to believe it.

He starts out this particular column with a quote from John Lennon, which seems promising.

But after reading the body of his text, it becomes apparent that this is not so much an homage to the late great Beatle as it is a symbolic disinterment of Lennon's body followed by a symbolic raping of said body atop the grave of George Harrison.

It's a chilling moment when the light goes out in someone's eyes. A once-radiant child hardens from abuse. A woman's heart shrinks after her husband's abandonment.
The person looks the same, maybe acts the same. But something is gone, and what's lost is irretrievable. It's like when a person dies: in a heartbeat, the soul vanishes.

Which, oddly enough is the look I had on my face after I finished reading this article.

I witnessed this alteration recently when I visited my goddaughter, a radiant girl. Her mom, a hardcore progressive, has started exposing her to the darkest elements of the left. And the last time I looked in the girl's eyes, the light had gone out. Disappeared. Just like that.

Okay, couple of things here.
One- what "hardcore progressive" would ask you to be the godfather to her child?
Two- what exactly are these "darkest elements of the left"? Has the light gone out in this little girl's eyes because her mother explained the progressive income tax to her? Has her mother shamelessly exposed her daughter to the idea that Medicare could be expanded to non-senior citizens? That would sure kill the light in my eyes! Did her mother dare to tell her that the minimum wage was too low, or that Unions have done a lot to improve the lives of working folks?
Of course, Robin never specifies what these supposed "darkest elements"are. I guess he just assumes that his readers will fill in the blanks with whatever devilment they think progressives practice. "Why, I'll bet that mother taught her daughter to be a Muslim lesbian!"

I see this phenomenon every day: a light dimming. The friendly shopkeeper snaps at me. My cheerful neighbor seems flattened.


Where do you live that there are still "shopkeepers?" Is your house in 19th Century London?

Also, I have to think that if everyone you come into contact with seems upset, maybe it's you.

And you hear it in the news: people acting strangely, going off the deep end. The most bizarre behavior becoming the new normal.
A thug bites off a finger. Sarah Palin's church is torched. Bullies intimidate voters. . . .Why now?

Yes, why now? Why would someone torch a church now? that certainly has never happened before! Except that the US Dept. of Justice said this 10 years ago: The NCATF [National Church Arson Task Force] has opened investigations into 670 arsons, bombings or attempted bombings that have occurred at houses of worship between January 1, 1995, and September 8, 1998.

And never before has a thug bit off part of another man's body! 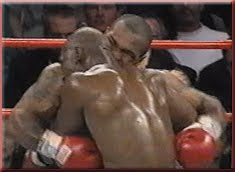 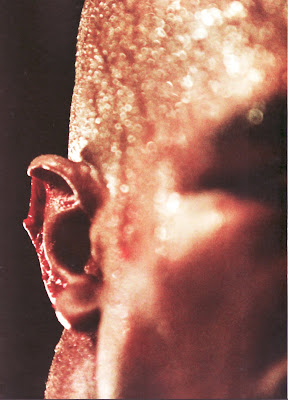 Why now? This may be the most important question of our time. Why are some people reaching the boiling point? Why do many others look vacant, like an Invasion of the Body Snatchers? The shootings at military bases, from Little Rock to Fort Hood -- why now?

Ooh, I wonder what answer he'll come up with?

It's Obama, of course.

Wow! Never saw that one coming!

Liberals will excoriate me for writing this. They'll insist that bad behavior is not Obama's fault. He's a man of peace.

Stupid liberals will ignore the fact that there never was any bad behavior until Obama became president!

But study the phenomenon of cults, and the dynamics are always the same. The leader can incite violence without ever getting his hands dirty. Obama is controlling the marionette of the masses.

And this statement needs no backing up at all. No evidence of any kind needed to defend this toatally obvious fact of trueness!

If Obamamania is a cult, then Obama is the cult leader.

I don't understand why some people seem to find Obama's popularity so ominous. Why would you think it strange that a fellow who was elected president would be well-liked and popular? Remember when Bush was super-popular after 9/11? You know, before most people realized what a colossal fuck-up he was? Why weren't these fucktards concerned about Bush-o-mania back then?

Cult leaders routinely pull the strings of their followers. The most extreme example is Charles Manson. He rots in prison for murders he never committed. He didn't have to do the dirty work. His brainwashed charges did his bidding.

Um hm, and this is relevant because. . .?
I'm not saying Obama is a Charles Manson.

Of course, I'm not saying he isn't!

I'm not saying Obama is a Charles Manson. There are varying degrees of manipulation, from using sexy blondes to entice men to buy cars all the way to hypnotizing them to drink poisoned Kool Aid. But there's a common denominator in all mind control: manipulating people through mind games.

So there is a continuum from automobile advertisements to Jonestown? And Obama is somewhere on this continuum? Well, since the continuum would necessarily include just about fucking everything and everyone, yeah I guess he would be.

As soon as Obama came on the scene, the programming began. His face was plastered everywhere like Mao.

Right, because major-party presidential candidates are rarely paid attention to. No other candidates had their faces on magazine covers or paid for billboards, TV commercials or yard signs! Clearly if someone becomes well-known, that's just like being Chairman Mao! 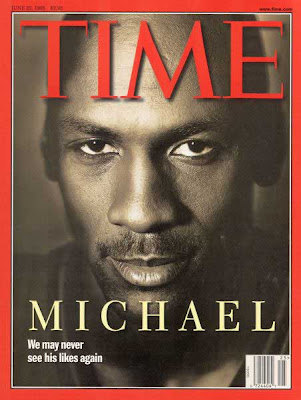 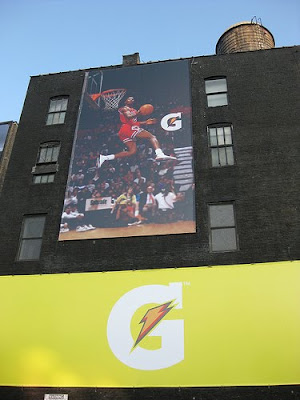 In his speeches, Obama lulled audiences with a melodious voice and feel-good phrases repeated over and over. And he began inciting people with his charming smile.

Oh! My! God! It's totally true, you guys! Obama DOES have a pleasant speaking voice! And a nice smile! I'm totally getting incited! Incited to, um, go and uh, do . . . something? I guess?

First, the vultures starting swooping down on Hillary. Obama chose not to call off the dogs.

Maybe the dogs were trying to protect Hillary from the vultures?

Silence! After the thing that never happened! Shame, shame, shame!


Which led to vicious misogyny against Sarah Palin and threats on her life. From Obama: not a peep.

Okay, when was palin's life ever threatened? And what vicious misogyny was aimed at her? I remember people at palin's rallies shouting "kill him!" whenever sarah mentioned Barack Obama. And I remember her smiling her charming smile and saying nothing, but who was threatening Palin? again, no documentation, no evidence, no links to news stories regarding palin's life being threatened, we're just supposed to accept this as established fact?
And as for misogyny, to what are you referring there? People pointing out that Palin was an empty-headed, inexperienced demagogue is not misogyny. It's just pointing out the obvious. But of course, blame the messenger. Poor little Sarah has to always be the victim!

We even saw armed thugs at polling places. Ignored and not prosecuted by Obama's Attorney General.
Also, we saw unicorns and mermaids! Then the drugs wore off.
After the drugs wore off, we also realized that it would have been George W. Bush's Attorney General who would have been the one declining to prosecute, since Obama would not take office until Jan 20, AFTER the ELECTION!

The moment Obama became president, he upped the signals. At the swearing in, the entire family eerily chose to wear black and red, colors associated with communism and black nationalism.

OH MY GOD! LOOK AT THESE BLACK NATIONALIST COMMUNISTS! 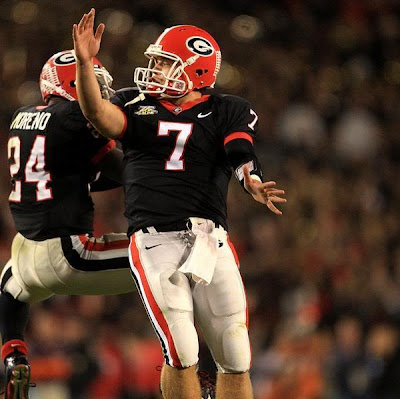 He gave a white police officer a dressing down for doing his job, in effect calling him a racist.

Yes, specifically avoiding calling the cop a racist, then sharing a beer with him is, in effect, calling him a racist!

Obama's greatest magic trick? Brainwashing the masses to believe that racism is a greater danger than radical Islam, and that Obama himself is in constant peril.

Who has been brainwashed? Do you know how hard it is to brainwash someone? The Vietcong tried for how many years to brainwash John McCain and couldn't do it. Granted, John McCain was a tougher SOB than most, but still, it takes a lot of concentrated effort and a lot of time to brainwash...but perhaps I've said too much!

Oh, and as far as Barack Obama "brainwashing" people to believe that he himself is in constant peril? Just look at this headline from the London Guardian:

Yeah, that's 30 death threats EVERY FUCKING DAY! So, I'd say he's in a certain amount of peril!

No, opposing health care means you are an asshole who doesn't mind that a lot of sick people don't have access to affordable medical treatment. And you are part of a vast stupid-wing carnival of dickishness.


Thus, more and more people are finding themselves on the receiving end of a fist, figurative or literal

After the White House released a directive for his followers to strike back hard, a frail, diabetic black man at a Town Hall was beaten up.

Ok, we've been over this already, remember?
The frail black man was not beaten up. There was no order given to "strike back."

Even women can get slugged in the face. Obama signaled during the primary that women were fair game.

What? What the fuck are you talking about? When did candidate Obama signal that it was OK to punch women? That just goes beyond ludicrous! Do you mean that the fact that he defeated a woman in the primaries was some sort of indication that he condones violence against women?

Anyway, this clown goes on for awhile in this same vein, and I'm too tired to deal with anymore of it. If you want to read the whole thing, it's here. I do just want to highlight one more sentence, though. Speaking of violent fringe groups from the '60's and '70's he writes:

Patty Hearst morphed into bank robber Tania after weeks of isolation, rape, and beatings by the SLA.

So here, he kind of refutes his own earlier claim that Barack Obama has brainwashed the American people. See, this is the kind of effort it takes to brainwash someone. weeks of isolation, beatings and rape. Not appearing on television and speaking in a pleasant tone.

So I'm still not sure if this "Robin of Berkeley " actually believes his own b.s. I don't know if he's that stupid, or that crazy, or if he's just that scummy. But I know my head hurts after reading just one of his crapid articles.