You know she's extra-stupid from the get-go, because she writes for Wing Nut Daily. And no, I don't normally cruise around on WND, but there was a link on Wonkette.

Anyway, as you might imagine, her entire article, entitled "I live the life feminists hate," is stunningly, head-slappingly stupid. But this one sentence really stood out as maybe the stupidest thing ever.

As much as feminists want to deny reality, the fact remains that men and women are biologically different. (Scandalous, I know.)

Wow! Yes, that's exactly what feminists do. They totally deny the reality that men and women are biologically different, hence the old feminist slogan "what do you mean men don't have vaginas?"

And this sentence, pointing out that men have wieners and women have, um, something other than wieners? I think? anyway, this sentence is used to support her central thesis that the best way to have a happy relationship is to let the dude be in charge. Because otherwise, why wouldn't everyone have the same bodies, hmm? Ever think of that, feminists?

Oh, and the triumphalism with which she tosses out her knowledge of facts and her charge that "feminists" somehow try to deny this "fact," so touche', case closed, chalk up another win for Patrice!

Honest to God, this whole article is really that stupid. Starting with sentence # 1:

In the wake of some feminist headlines this week (such as this and this), I am going to confess something so shocking, so appalling and so outrageously backward to the progressive cause that I’m certain feminists the world over will faint in horror.
Ready? Here it goes: My husband is the head of our household.

Oh, yes. Shocking. Because we had no idea that old-fashioned people still existed. It never occurred to us coastal elites that some people still live with a 19th Century mindset. Catch me, I'm fainting. Zzzzzzzzz. . .

Actually, to be fair, it gets stupid even before the first sentence. Check out the byline:

I live the life feminists hate

Exclusive: Patrice Lewis boldly declares, 'My husband is the head of our household'


"Real America!" Of course, because people who have relationships based on mutual respect and equality are obviously not real Americans.

And "boldly declares?" Mt God, she really thinks this is some courageous declaration! Oh, she's a rebel, all right. She's thinking outside the box and she's not a afraid to go there!


In today’s world marinated with progressive morals and ideals, it’s tantamount to heresy for a woman to freely admit that her husband heads the household. But let’s face it: It makes life easier for both my husband and me.


You know, any time someone begins a thought with "let's face it," you know they're going to say something stunningly stupid as though it were inescapably true. And Patrice doesn't disappoint.


I like to think that God in His divine wisdom came up with the spiffy concept of a division of labor for the sake of efficiency. Divisions of labor are utilized the world over in the workplace to increase efficiency. Why not try it at home as well?

Also, you really want to model your marriage on the workplace? Would you like your husband to be able to fire you? Or maybe outsource your duties to someone younger and cheaper? You think the workplace dynamic is something you'd like to import into your home life? Oh, you are the last of the hopeless romantics, aren't you?

And, yes, most marriages and other domestic arrangements utilize a division of labor. For instance, I generally handle most food-related tasks and the Missus handles most money-related jobs. That way, we can live in a house and enjoy meals. That's perfectly normal. It doesn't seem to have anything to do with one person being the "head" of the house.

The kids are the lungs of the house. My in-laws are the spleen. Grandma is the liver. It's pretty complicated.

A wise Head takes advice and counsel from his Heart. My husband and I discuss all household decisions and mutually agree on nearly everything. But if there is a dissenting opinion between us, and unless I can demonstrate why my position is superior, then I defer to his guidance.

But why?
Why couldn't he defer to you? Or why couldn't the two of you work out some sort of compromise? Why couldn't whoever feels less strongly defer to the one who is more passionate on the subject? Why should the default be you always deferring to him? For the record, it would be just as sad if he felt that he had to always defer to you. Why does either party have to have deference be their default position?

Why is it oppressive or subservient to look to one’s husband for guidance and strength, rather than to feminists? Why can’t it be a freeing thing for a woman to lean on her husband? Unless she’s unmarried, it’s comforting when a woman doesn’t have to “do it all.”

See, that's what you call a false choice. Actually a couple of them. Your only two options are not " look to one’s husband for guidance and strength" or "look to 'feminists.'" One might, for instance look within for strength. One might be surprised what one might find. Or one might ask for guidance from an older relative, say a mother or aunt or maybe look to one's friends. I don't know, there are tons of options.
Also, the choice isn't between looking to your husband for strength and guidance on leaning on him or having to do it all yourself. It's wonderful if you have someone in your life that can help you shoulder your burdens. That doesn't mean you have to give up your own ability to shoulder things.

Much of the hostility toward stay-at-home moms appears to stem from the notion that home is an awful place to be.

Also, it seems to stem mainly from your fevered imagination. Who is hostile towards stay-at-home moms? I've never heard anyone directing any hostility towards them.

But a home ruled over by a domestic diva who appreciates her man is a lovely, warm, welcoming place, a refuge from an often cruel world, an anchor of peace in a tough economy, a haven of tranquility against the rigors of the outside world.


And men know this very well, because they are the slayers of dragons and our knights in shining armor whose efforts permit us to create those homes. 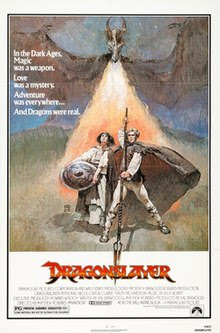 Wow! Just. . . wow!
You know there are many women who create homes without the aid of a dragon-slaying armor guy, right? My sister, for instance. Her husband died at a tragically young age and she has made a wonderful loving home for herself and her children - believe it or not, all by herself!


So I guess my point is fuck Patrice Lewis, the stupidest person ever!