Holy Crap! The AP Does It's Freakin' Job! 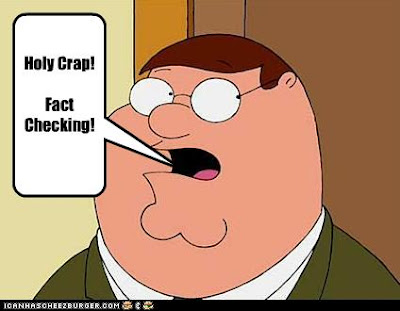 WASHINGTON – Have you heard that the world is now cooling instead of warming? You may have seen some news reports on the Internet or heard about it from a provocative new book. Only one problem: It's not true, according to an analysis of the numbers done by several independent statisticians for The Associated Press. 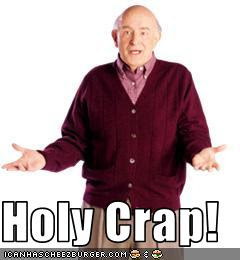 Holy Crap! I can't remember the last time I saw a major news outlet actually verifying the veracity of someone's claims. Usually, the best you can hope for is that they'll quote someone who disputes the claim and say "OK, we've presented both sides, we'r objective!"

But someone at the AP finally figured out that there aren't two sides to every story. If the story is about, say, the budget, you can have someone on one side saying "this is a good budget" and someone on the other side saying "this is a bad budget" and really, neither one can be right or wrong, it's a matter of opinion. But if one person claims "the budget totals 3 trillion dollars" and the other side claims "the budget totals 10 trillion dollars" then you have the responsibility to figure out which is correct. Because they can't both be right. (although they can both be wrong)

In a blind test, the AP gave temperature data to four independent statisticians and asked them to look for trends, without telling them what the numbers represented. The experts found no true temperature declines over time.

The recent Internet chatter about cooling led [the National Oceanic and Atmospheric Administration's] climate data center to re-examine its temperature data. It found no cooling trend.

So thank you, Associated Press, for finally doing your fucking job!

Now where the hell was this when Bush was claiming there were WMD's in Iraq?

Rush Limbaugh has No Integrity

Let's say you had a radio show.

And let's say you read something that was posted on a humor/satire website.

And let's just say that you were dumb enough to believe it and too lazy and perfidious to do any basic fact-checking.

Then let's say that after you reported the joke as fact, you were informed that the joke was, in fact, a joke.

There are a couple of legitimate responses from which you could choose.

You might say something like: "Sorry, folks, it looks like I've been had. That story was made up as a joke. I'll try to be more careful in the future."

Or you could get angry at the person who posted the joke and try to blame him for your mistake.

But what if you were Rush Limbaugh? (uggggh, shudder!) 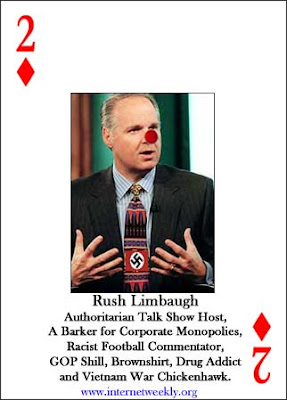 If you're Rush Limbaugh, you go with the "it's false, but I stand by it" defense.

"You know why I know Obama thinks it? Because I've heard him say it."


Hey, remember when Dan Rather quoted a document which may have been fake (still hasn't been proven) in support of a story whose basic facts were 100% true?

And remember how the right howled for his head? And they got it?!!

Shouldn't they be holding Rush to a similar standard?

Isn't reporting on an obvious fake as if it were fact in service of a story which is total bullshit (and really, the fake article IS the story) like 10 times worse than Rather's mistake? What are the odds that the righties will be calling for Limbaugh to be fired now?

And, yes I know, they'll say that Limbaugh isn't a journalist, he's an entertainer or an editorialist, or whatever, but when he reported this phony story on the air, he was absolutely acting as a reporter. Shouldn't he have to have some standard of integrity?

It's beyond me how anyone thinks this assclown has any credibility.