Have you ever actually seen the stuff they talk about over on Pat Robertson's CBN website?

Here's what they have to say about Halloween:

"During this period demons are assigned against those who participate in the rituals and festivities. These demons are automatically drawn to the fetishes that open doors for them to come into the lives of human beings. For example, most of the candy sold during this season has been dedicated and prayed over by witches."

"Curses are sent through the tricks and treats of the innocent whether they get it by going door to door or by purchasing it from the local grocery store. The demons cannot tell the difference."

They don't mean demons in your candy the way that prohibitionists spoke of "demon rum." They mean DEMONS!!!! 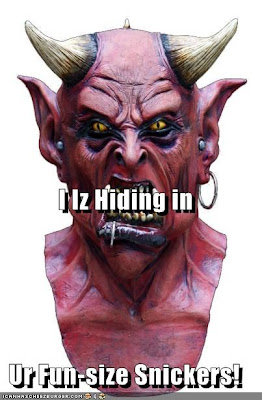 Okay, what else you got on Halloween?

It is generally agreed by historians that Halloween came to take the place of a special day celebrated by the ancient Druids.

The Celtic peoples lived in northern France, throughout the United Kingdom, and in Ireland. They engaged in occult arts, worshiped nature, and gave nature supernatural, animistic qualities.
Okay, looks like maybe you folks can be normal after all. Go on, you were saying about the Druids?

Interestingly, it has been claimed that 90 percent of the world’s sometimes mysterious “crop circles” lie within the geographical proximity of the ancient and possibly Druidic ruins of Stonehenge. At least some of these phenomena may be considered supernatural.
I'm sorry, what?

Crop circles? go on, pull the other one! 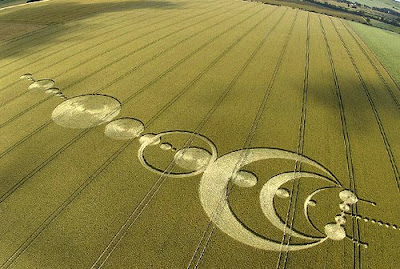 Here's another scaaaarrrryyyy story to put you in the Halloween Mood.

After watching a horror movie at the age of 12, Tara and her brother talked their mom into buying a Ouija board. What started out as innocent fascination turned Tara’s life into a nightmare filled with paranormal activity and oppression. An evil presence made itself known almost immediately.
“I could tell it was spelling something, but it was going so fast I couldn’t tell what it saying but I saw my name. It was saying, ‘I’m gonna kill you, Tara. I’m gonna kill you, Tara’ over and over.

She stopped playing with the Ouija board, but Tara’s life was dominated by loneliness and fear.

“I felt so alone. I felt like I didn’t have anybody. It’s almost like I was under this dark could of oppression. I opened that door to evil into my life. It brought in destruction. It brought in a dark oppression in my life. It seemed like everything from that point forward was spiraling downward.”

Strange things occurred around her, objects moved through her room at night, loud noises would echo through the house when no one else was home.

“I heard stomping up and down the hall, and I thought my dad’s home and he is not too happy. I ended up looking out into the hall and there was nobody there.”

Tara eventually got married and moved out of the house, but the darkness went with her.

Tara’s marriage eventually fell apart. One night as she slept she had a vivid dream that she was violently murdered.

Then I woke up. I opened up my eyes, and it just hit me that one day I’m going to die.

Tara is now a prayer counselor with The 700 Club.

Suffer Not the Trick-or-Treaters

Did you ever wonder why Halloween seems to primarily feed off of a market of 3-13 year olds? This is a Satanic ploy for our children.
Huh?

Seventeen-year-old Luke Woodham killed two students and wounded seven others in his Mississippi school after he became involved in Satanism, which he said bestowed "power over many things."
This is the state of some of the American children who are showing up at your doorstep on October 31st. I'm not saying that each of them are secret agents of the occult, yet it is important to consider the souls of the children behind the masks.
Are you sure? Are you sure that they're not all secret devil agents? How can we be so sure? Shouldn't we just run and hide from the little children just to be on the safe side?

Sadly, the demonic hauntings I experienced growing up are common among many young children today. I would venture to say that 20 years later, it has gotten much worse. The lures of the Enemy are running more rampant. Children do not have to sneak over to their friends' houses to access demonic influences.
So we should be afraid of every child we ever see anywhere, then. Right?
Gosh, I wonder what could be making the children so darn evil?

Occultic-oriented rock performers have flourished in this generation.
I think maybe you're thinking of the 1970's? 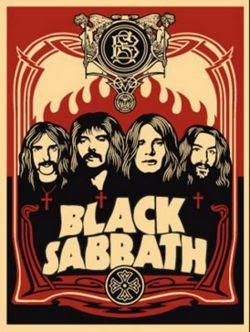 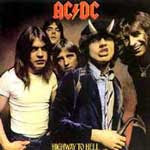 Not that any of these guys were actually occultists either, any more than Boris Karloff and Bela Lugosi were really monsters, but anyway. . .


Okay, one more spoooooky article, then it's lights out, kids!

Do Vampires and Ghosts Really Exist?

According to the Ancient Society of Vampire Hunters, there’s a difference between true vampires and human ones. True vampires are supernatural undead creatures with specific identifying characteristics. These characteristics are lacking in the human vampires, who sometimes call themselves ‘‘real vampires,’’ but are in reality simply misguided humans.
Oh, Come On!

I'm going to go out on a limb here and say no?

But what are ghosts? Are they spirits of people who have died?
Um, No?

So do ghosts really exist? If they aren’t angels or spirits of dead people, the only other reasonable possibility is that ghosts are probably demons.
What? No. No, that is not the . . . no. No! How is that your "reasonable possibility?" Reasonable possibilities are things like "that noise is just the house settling" or "the flickering firelight makes the shadows look like they're moving." or "you had a bad dream."

The way I understand it, aren't demons sentenced to an eternity in Hell? How are they getting time off to come up to Earth and haunt people or make their ouija boards issue death threats? Who's in charge down there, Micheal Dukakis?

(if you're under 40, google Micheal Dukakis + Willie Horton)

For more stories like this one, sign up to receive CBN.com's Family Wrap-Up in your email every Friday.

Oh, man. I'm doing it. I'm signing up right now. This is too good a freak show to pass up!

I can't decide whom I love more.

God, I love how the contempt drips from his voice.
And I love how the hack from the Hudson Institute thinks she got him with the cancer question, and Franken just hits it out of the park.
Posted by Professor Chaos at 6:11 PM No comments:

This is how it should be done.


Watching the current president choking back tears while solemnly honoring the fallen makes me think of the way the previous president behaved.

I hope that Barack Obama's trip to Andrews to watch some of our best young people come home in boxes inspires him to bring all of our troops home.

But I'm not holding my breath.
Posted by Professor Chaos at 5:48 PM No comments: