I don't know why I always expect women to be less evil and stupid than their male counterparts. 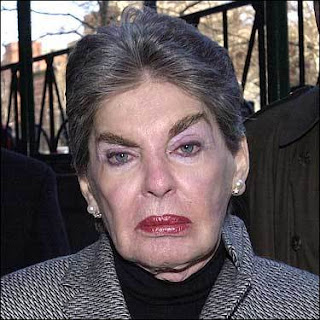 You were expecting, maybe, Mother Theresa?
Aaaaanyway. . .  Somehow South Carolina ended up with a budget surplus of around $210 million dollars. Now you'd think that South Carolina could figure out a lot of things it needs to spend money on,

But, this being South Carolina in the teabagger era, they could only agree to spend half of that money on schools, while the other half would go to lowering business taxes in the state.

Mah Distillin' bizness needs a tax break more'n them kids need that fancy book-lernin'!
( I kid South Carolina, I've been there, it's a fine state. )
But even that was too much for Governor Nikki Haley.

Okay, South Carolina has a population of about 4.5 million people. So if Haley sends that $105 million back to the taxpayers, that comes out to about Twenty-Three Dollars and Thirty-Three Cents per South Carolinian. I'm sure that will be a real life-changer for them.  Or you could hire 2,100 teachers at $50k per year. But yeah, it's generally accepted teabagger wisom that the people know better how to spend their money than guv'mint does! So, I'm sure each set of parents will take their $46.66 and use that to make a much smarter investment in their kids' futures. What ever they spend their $46.66 on will obviously have a much more positive impact on their children's lives than some dumb old teacher would have.

Forty six dollars? Here's to you, South Carolinians!
Heck, I'm sure the schools probably don't even need the money anyway! You know how well-funded these darn socialist schools are what with their commie teachers' unions, and their PTA bakesales and whatnot!

"It's a bad situation out there as far as education is concerned and good teachers are being laid off because the school districts just simply don't have the money," says Sen. John Land, D-Manning, Senate Minority Leader.
"You've got to remember that we are way behind in education," he says. "Three years ago, we were giving $2,500 per student going back to the local districts to educate our children across this state. We are down now to about $1,700 per student."

"We could give double this budget to education and there would be people saying it's not enough," Haley said, without specifying how much money public education should get. "It needs to go to students in the classroom."

Yeah, double the amount is still not enough, so it only makes sense to give nothing. It's like one meal a day isn't really enough food for a growing boy such as myself, heck even two meals might not be sufficient, so why eat at all? And the money needs to go to the students in the classroom. God knows you can't accomplish that goal by givng money to the schools!
Posted by Professor Chaos at 8:37 PM 2 comments: