Coming Soon to a Senate Near You

Here are some of the fine candidates who may be running for Senate seats in 2014 because there are no standards, apparently. 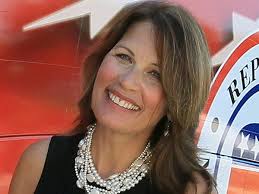 According to Real Clear Politics, "Bachmann is again being mentioned as a candidate for higher office -- this time as a potential challenger to first-term Democratic Sen. Al Franken in 2014."

Oh please, God, let this happen! I would love a front row seat to watch Franken eviscerate this looney moron in a debate.

Congressman Paul Broun is probably best known for his statement that everything he learned about science was "lies from the pit of Hell." And he means that quite literally. He doesn't mean like "damnable lies." He isn't using "from Hell" as a figure of speech as in "Ugh, I had the date from Hell last night!" No he means that the Devil is sitting down in actual literal Hell thinking up science stuff to try and lead good folks like Paul Broun astray. So of course, he's on the House science committee, because apparently the GOP believes that the Science Committee should approach science the way the American Cancer Society approaches cancer.

He's also the one who suggested that instead of raising the debt ceiling, we should lower it. And he had this to say about the potential passage of "Obamacare":

"If ObamaCare passes, that free insurance card that's in people's pockets is gonna be as worthless as a Confederate dollar after the War Between The States -- the Great War of Yankee Aggression."

Oh, and he also said this:


"It may sound a bit crazy and off base, but the thing is, he's the one who proposed this national security force," Rep. Paul Broun said of Obama in an interview Monday with The Associated Press. "I'm just trying to bring attention to the fact that we may — may not, I hope not — but we may have a problem with that type of philosophy of radical socialism or Marxism."

"That's exactly what Hitler did in Nazi Germany and it's exactly what the Soviet Union did," Broun said. "When he's proposing to have a national security force that's answering to him, that is as strong as the U.S. military, he's showing me signs of being Marxist."


He also spoke of a "socialistic elite" - Obama, House Speaker Nancy Pelosi and Senate Majority Leader Harry Reid - who might use a pandemic disease or natural disaster as an excuse to declare martial law.

"They're trying to develop an environment where they can take over," he said. "We've seen that historically."


In New Jersey, you may very well be seeing this man running for the Senate:

There's really nothing to say about this buffoon that hasn't already been said. Just let this phrase roll around your head for a moment:
Senator Geraldo Rivera.

In Massachusetts,  there has been speculation that "Dr" Keith Ablow may throw his pointy tinfoil hat into the ring. 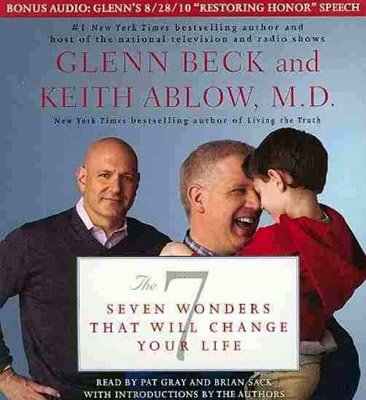 Well, that kid is fucked! 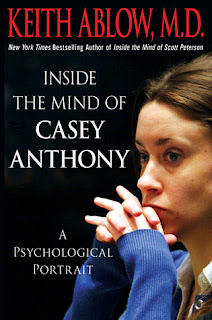 Yes, Glenn Beck's favorite shrink, "Dr" Keith Ablow, the man who psychoanalyses people he's never met, from alleged child murderesses to the President of the United States.
And what insight! Why just listen to his analysis of why the President is interested in passing laws that might prevent some children from being gunned down in school:
Ablow added that “the autonomy of others did [Obama] no favors as a kid, when he was abandoned again and again by people who were — quote, unquote — ‘responsible’ and supposed to do the right thing like parents. So his belief is: ‘You know what? What good is individual autonomy in decision making? What good did it do me? The collective is what needs to be empowered, and all the better if I am the center of that collective and the most powerful person in it.’” “His solution runs psychologically in the direction of disempowering the individual every single time,”

It couldn't possibly be that the Prez, like most Americans, is sick of seeing groups of children murdered by psychopaths. No, it must be his deep-seated desire to disempower individuals because his father abandoned him. Occam's Razor!
Oh, and he also provided some insight into known sociopath Newt Gingrich:

here’s what one interested in making America stronger can reasonably conclude—psychologically—from Mr. Gingrich’s behavior during his three marriages:

Conclusion: When three women want to sign on for life with a man who is now running for president, I worry more about whether we’ll be clamoring for a third Gingrich term, not whether we’ll want to let him go after one.

So, Mickey Rooney for president?


And after his conclusion, he continues on to point #4, because that's a totally normal thing to do!

4) Two women—Mr. Gingrich’s first two wives—have sat down with him while he delivered to them incredibly painful truths: that he no longer loved them as he did before, that he had fallen in love with other women and that he needed to follow his heart, despite the great price he would pay financially and the risk he would be taking with his reputation.

Wow, what a sacrifice! Paying alimony AND having people find out what an asshole he is! So noble! Obviously, the guy who's been fucking around behind his wife's back and is now dumping her to move on to the next temp-wife is really the one who suffers!

Conclusion: I can only hope Mr. Gingrich will be as direct and unsparing with the Congress, the American people and our allies. If this nation must now move with conviction in the direction of its heart, Newt Gingrich is obviously no stranger to that journey.


Yes, hopefully he'll break the news gently to Congress that he's been seeing other legislative bodies! What a fucking douche.


The good news is that none of these assclowns has a snowball's chance of actually being elected. Hopefully they'll stick around just long enough to provide us with a few good laughs and to remind the electorate what a collection of fools and clowns the modern Republican party has become.