You Might Not Be A Member of the Public

I may have mentioned before that Neal Boortz is a world-class jackass. 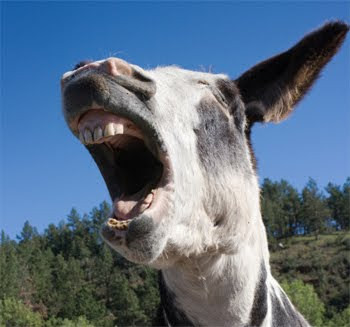 If not, let me take this opportunity to point out that Neal Boortz is a world-class jackass. Also an impertinent gasbag. And a dick.

He's the main promoter of the "Fair Tax" scam, despite having no training or background in economics or finance. He wsas a real estate agent, I believe, before going into radio.

So Neal says a lot, a whole hell of a lot, of stupid stuff. But this one, printed in a recent edition of the Atlanta Journal-Constitution, caught my eye:

Years ago I stopped using the ridiculous name “public schools.” These hideous institutions are owned, operated and staffed by government. They’re government schools, not public schools.

Yeah. Okay.
So, apparently, if you are employed by the public school system, you are "government" and not a member of the "public."

I have to assume that the same principle applies to police officers, firefighters, members of the military, postal employees, and transit workers. None of you are considered members of society, so relax! Societal obligations no longer apply to you!

I bring this up because there is now a movement in Washington — a Democrat-driven movement, of course — to pass yet another bailout bill. This will be a bailout of the pension plans of what they’re calling “public sector unions.” These are government employee unions. The word “public” is being used because the average myrmidon will mutter to themselves: “Public! Why that’s us! They’re doing something for the public!” Nonsense, they’re doing something for themselves.

Yeah, I didn't know what the fuck a "Myrmidon" was either. According to Wikipedia,
The Myrmidons are people of ancient Greek mythology. They are very brave and skilled warriors as described in Homer's Iliad, and are commanded by Achilles. So I have no idea what sort of point he's trying to make other than maybe "look at me, I know big words!"

Does Neal really not understand what the term "public sector" means? I doubt it. I don't think he got to where he is by being that stupid. I think he's just purposely being misleading because he hates the idea of there being a public sector, and wants his readers to share his hate.

Public sector employees provide valuable services like law enforcement, parks maintenance, air traffic control, etc. etc. and they get paid with money that comes from the public in the form, mainly of taxes. Neal can't stand this. So to him, anyone employed by the public sector is some sort of government leech who is somehow not a member of our society. And if you can demonize public sector employees as being part of the hated government, then it's easy to say "fuck them, let their pensions disappear, what the hell have they ever done for us?" As though "they" and "us" are two separate groups.

Screw this guy, he's "Government!" Why should he get to retire comfortably?

To hell with this "government" guy. He's not one of us!

And people really listen to this guy. His radio garbage-fest is syndicated all over. Sometimes I just don't know whether to laugh or cry. Or punch that jackass Neal Boortz right in the weiner.
Posted by Professor Chaos at 5:20 PM 1 comment: