Shouldn't There Be Some Sort of Basic Civics Test For Office-Holders?

Remember a while ago when Rand Paul* said something to the effect of "just because 9 guys in robes say something is constitutional doesn't mean it is?"  Because obviously a self-certified opthamologist who can't discern between a hairpiece and a dead possum is a far better judge of Constitutional law than the members of the UNITED STATES SUPREME COURT? 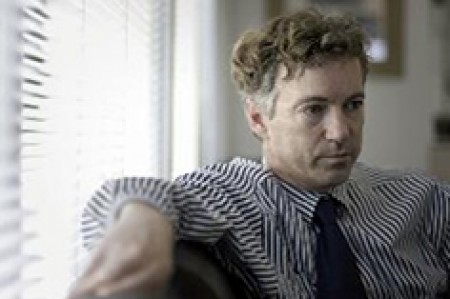 *I think it was Rand Paul, I'm too sick to bother researching it.

Well, now some idiot back-bencher from Oklahoma is saying roughly the same thing.


Rep. Bridenstine on Obamacare: ‘Just because the Supreme Court rules on something doesn’t necessarily mean that that’s constitutional’ [VIDEO]

Well, I'm sure representative Brindenstine probably has an extensive legal background. Let's just look at his campaign website to see where his law degree is from:

Still, though, swimmer of the year! That's gotta count for something, right?

I'm sure though, that a highly educated man (no sarcasm, his college resume is darn impressive) must have some insightful legal analysis behind his claim that the Supreme Court is not the boss of him.


(via the horrible Daily Caller, no link)
Bridenstine says Obamacare “is a government takeover” and says Chief Justice John Roberts is “incorrect” on the Affordable Care Act being a tax. He says he wants “Congress to take back its constitutional authority.”
“Just because the Supreme Court rules on something doesn’t necessarily mean that that’s constitutional,” he said.

I see. So your paranoid assumption that "Obamacare" is a "government takeover" and that Roberts is a stinky dummyhead informs your decision that the Supreme Court can, in the immortal words of Abe Fortas, "suck it?"

Did I mention that I'm sick?

Yes, I'm sure if you ask them tomorrow they'll probably be in a better mood and will rule completely differently! It's just like Judge Judy, if your case comes up before lunchtime, you damn well better mind your p's and q's, 'cuz Judge J will be cranky! After lunch, she's much more reasonable. I'm sure the Supreme Court works the same way!

Tell me again about the rabbits, George!
And the left in this country has done an extraordinary job of stacking the courts in their favor.

God, it's like a Weather Underground reunion!
﻿
So what we have to do as a body of Congress is say, “look, just because the courts” – and I hear this all the time from Republicans – they say that the court is the arbitrator and after the arbitration is done, that’s the rules we have to live under and we can go forth and make legislation given those rules. That’s not the case.
And I know, because I've been a Congressman for like 7 weeks!
Seriously, when the senior members of your party take you aside and tell you "hey, rookie, the Supreme Court is the final arbiter of Constitutionality," believe them. They may be lunatics in a lot of ways, they may be unscrupulous assholes, but they've been around a while and they know how things work.

They aren't going to tell you how to fly a plane, don't tell them how the Constitution works.
I mean, somebody has to, just not you.
﻿
﻿
﻿
Posted by Professor Chaos at 8:03 PM 5 comments: