Move Over, Plan 9 From Outer Space!


Sometimes a bad movie can be more fun than a good one. You get a group of friends together, have a couple drinks and mock a cinematic trainwreck like Anaconda, or A Gnome Named Gnorm. 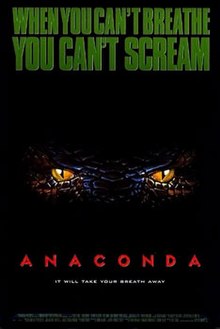 Or any of the fine motion pictures featured on  "How Did This Get Made?"

But try as you might, I doubt you will ever find another movie as laughably bad as the one that someone made for President Cartman to give as a gift to Kim Jung Un.


It's hard to decide what I like best about this amateur-hour fiasco.

Is it the trite, overwrought language? "only a few will make a lasting impact!" "only a few are called upon to make a difference! But what difference will the few make?" "Two men. Two leaders. One destiny!"

The weird pseudo-religious overrtones? "out of the darkness can come the light!"

Is it the narrator explaining Korean history to the President of North Korea?

The bizarre suggestion that most of the world has been living in "prosperity" the last several decades?

Is it the faulty logic?  "There can only be two results - one of moving back or one of moving forward!" (Or, things could, you know, stay the same as they have for the last 65 years?)
"The past doesn't have to be the future." (Literally, it can not be.)

The weird choices of words and phrases? "Their story is well-known. But what will be their sequel?"

Maybe it's the world's most inappropriate dramatic pause. "what will he choose? To show vision, leadership. . . [dramatic pause] . . . Or not?" Was that pause just the narrator trying to think of something insightful to say? Then just giving up and tossing out "or not?"

No, I think my favorite part is that the illustration for the reult of moving forward is literally film being run in reverse. Missiles leaving the sky, being sucked back into their silos.

Other highlights include "friendship and respect" being illustrated by a photo of Il Douche and Sly Stallone giving each other weird looks, the B-roll footage of random people and places - Big Ben! Machu Picchu! An . . .airport, I think?

Just the whole condescending attitude towards Kim - "will this leader choose to advance his country and be part of the new world?" (The New World, by the way, consisting of a waterslide and cross-country skiing for some reason). "Will he shake the hand of peace?" (Peace being personified by Cheeto Mussolini, obvs.)

Gawd, it's astounding. Watch it for yourself, it's only about 4 minutes long. You might want to have a drink before watching, you'll definitely want one after, but don't pass up this opportunity to see the Troll II of international diplomacy.