I have no words


So I am 99.9% sure that the column that was making its way across the Twitterverse yesterday about the woman envying the lives of the Handmaids on The Handmaid's Tale is satire.

This, sadly, is not:

Jesse Lee Peterson: Trump Is A White Savior Sent By God To Save America


And what makes this especially stunning, is that this is Jesse Lee Peterson: 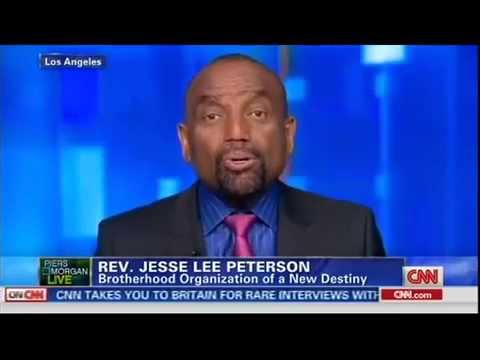 Right-wing radio host Jesse Lee Peterson spent a portion of his show yesterday again praising President Trump as a white savior sent by God to save America.
Peterson heaped praised on Trump for shoving aside the prime minister of Montenegro at a recent NATO summit so that he could stand in front of the group of assembled leaders.

“He goes overseas and those little weak ones try to get in front of him during a photo shoot, he pushed them out of the way,” Peterson rejoiced. “White power. White power! I’m loving it.

“We are so fortunate to have President Trump. It looked like God had given up on us with Obama,” Peterson continued. “I had to get on my knees and God heard my prayer … And then the Lord said, ‘Be cool, Trump is coming. I will send my son and he will save you.'”

It sure as Hell isn't this guy:

And I know I've said this before, but I'll say it again - if you talk to God, that's prayer. If God talks to you, that's schizophrenia.

“Isn’t it beautiful to see white men and women finally standing up?” he said. “It’s so refreshing, because if white people give up completely, it’s over for the country. It’s the whites who make things happen. Blacks and Mexicans don’t make things happen.”


And I'm back to being speechless. I have no words.