Okay, we can all stop blogging now!

Bristol Palin has started a blog, so the pinnacle of blogospheric achievement is probably being reached as we speak.

Let's talk about abstinence, boys!
Here's one of her first posts:

Posted on March 15, 2012 by Bristol Palin
I didn’t watch the HBO film Game Change, but it seems that reasonable people of all political stripes can see how terrible our family was treated by the political staffers who were supposed to be helping us.

I haven't seen this movie, but I know all about it!

Also, I think you mean to say that your family was treated terribly.  And it's not all that unreasonable to expect that McCain's staffers would not be all that kind to the women who was torpedoing any chance he might have had at the presidency. 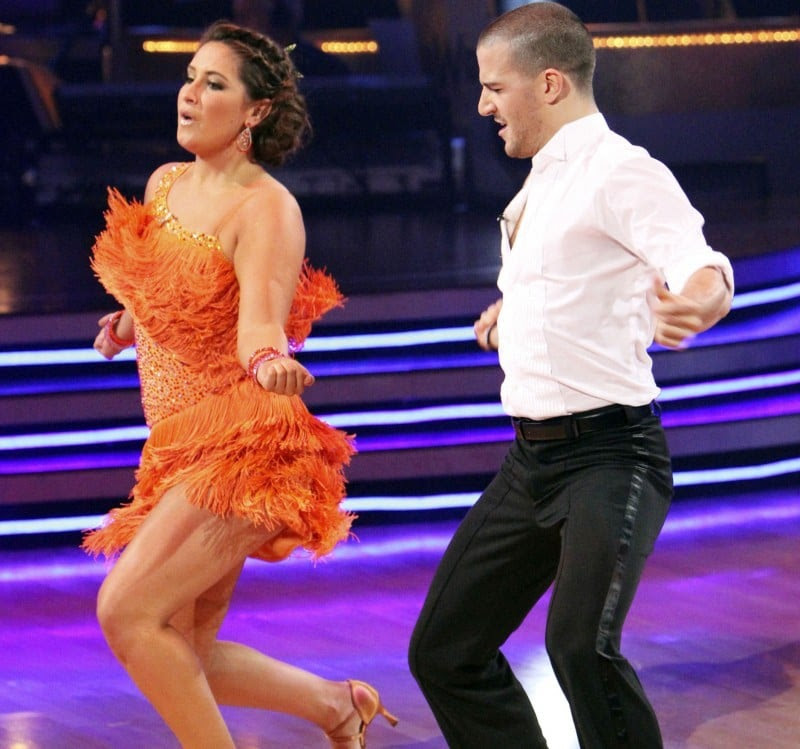 (Have you ever considered Mom could tell that the people surrounding her were exactly the type of people who would betray her?)

Surprisingly, yes, I have considered that. Have you ever considered that your mom is too stupid to tell what sort of people were around her? Or does she recognize back-stabbers because, you know, it takes one to know one? What are you even trying to say here? Since your mom could tell that that these staffers were back-stabbing  betrayers, that justifies her utter lack of effort?

But here's the masterpiece:

Mr. President, When Should I Expect Your Call?

Posted on March 18, 2012 by Bristol Palin
Dear President Obama,
You don’t know my telephone number, but I hope your staff is busy trying to find it. Ever since you called Sandra Fluke after Rush Limbaugh called her a slut, I figured I might be next.

You explained to reporters you called her because you were thinking of your two daughters, Malia and Sasha.  After all, you didn’t want them to think it was okay for men to treat them that way. . . But here’s why I’m a little surprised my phone hasn’t rung.  Your $1,000,000 donor Bill Maher has said reprehensible things about my family.

Okay, Bill Maher is a pig.   He's always been a pig. Everyone know that. What does that have to do with Rush and Sandra Fluke?

He’s made fun of my brother because of his Down’s Syndrome.

If he did that, he's even more of an ass than I thought. But I still don't see why the President should call you.

. . .And you have tried to build a career on being a teen mom!

If Maher talked about Malia and Sasha that way, you’d return his dirty money and the Secret Service would probably have to restrain you.  After all, I’ve always felt you understood my plight more than most because your mom was a teenager.  That’s why you stood up for me when you were campaigning against Sen. McCain and my mom — you said vicious attacks on me should be off limits.

Yes. He did say that. Which is more than most candidates would have done. He did this, by the way, while your mother was slandering him at every opportunity, claiming that he "pals around with terrorists" and didn't really love America like the rest of us.  He has more class in his little finger than your whole tacky family has in all their various appendages.

Or maybe he's only taking a moral stand when a powerful media figure spends three days shaming, slandering, and lying about a woman in an apparent attempt to intimidate anyone else who might think of speaking out. Maybe he doesn't have time to call every person who gets insulted by an asshole comedian.

What if you did something radical and wildly unpopular with your base and took a stand against the denigration of all women… even if they’re just single moms? Even if they’re Republicans?

You know, he did pass the Lily Ledbetter Act. That has probably done more for American women than all the finger-shaking at Bill Maher could ever do.


I’m not expecting your SuperPAC to return the money.  You’re going to need every dime to hang on to your presidency.

Ahahahaha! You do know your party is going to nominate Mitt Romney, right? Or maybe Rick Santorum? Or maybe, just maybe, your dimwit quitter of a mother. Yeah, that's going to be a tough campaign! Hahahahahaha!

Look, let me just say this about Bill Maher. Bill Maher is an ass, but let's stop comparing him to Rush Limbaugh. If he said that Sarah Palin is a dumb c**t, that is unacceptable. It's perfectly reasonable to point out that she is a dumb person, but calling her the c-word is just wrong, because now you're bringing gender into it. Now you're kinda denigrating all women, not just the horrible Sarah Palin. It's fine to call her a twit, but not a twat. That being said, what Limbaugh did to Ms Fluke is a whole different ballgame. He "apologized" for using the words "slut" and "prostitute," but take those two words out and his diatribe is still disgusting. For one thing, it's totally dishonest. He claimed that she was having so much sex that she was "going broke paying for contraception." Besides betraying his complete ignorance of how birth control works, that is not at all what she said.  Also, he said that she was asking for the taxpayers to pay for her pills. That is also a lie. 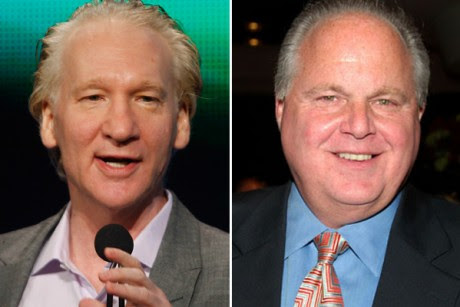 Bill Maher should have to face some consequences for his misogynist language, but he's on HBO, so there aren't any sponsors to boycott. Women probably should stop being guests on his show. Or go on his show and crotch-punch him or something. But before you start in with the whole "Bill gets away with saying shit because  he's supposedly a 'liberal'" or whatever, may I remind you that Bill has already been kicked off TV once for a controversial comment.
Okay, I lost my train of thought. I think I had a point when I started.
Oh, yeah, when a Democratic congressman has to go groveling to Bill Maher like Phil Gingery did to Rush, then the two will be comparable. When the head of the DNC has to kiss Bill Maher's ring like Michael Steele did to Rush, then we can talk about equivalency.


Please forgive any mis-spellings, a few of the keys are not cooperating.
Posted by Professor Chaos at 9:32 PM 3 comments:

I'm gonna get 'em THIS big!

I approve this message!
Posted by Professor Chaos at 8:13 PM No comments: