After last Tuesday's loss, Republicans and conservatives are taking a long, hard look at themselves in the mirror, trying to figure out why their message didn't resonate more with the voters, and what they should do differently. . . just kidding, they're blaming everyone but themselves, of course!

Here's my favorite so far, "It's George Clooney's Fault."


See, you might have thought that a majority of the electorate just thought that, given the circumstances, Barack Obama had actually done relatively well in his first term, or that Mitt Romney was a horrible candidate that everyone hated, but a closer analysis reveals the true culprit:

No wonder he won't show his face!

Yeah, they're all "astonished," which says a lot about them. Even though all the polls showed Obama winning by a slim margin, they are just shocked that all the polls weren't wrong, I guess? Polls being sort of a nexus of two things they hate and believe are out to get them, media and academe. So, from what I hear, Mitt Romney and his campaign staff had no idea they might actually lose in real life until the actual night of the election. Yeah, stay in the FOX bubble, guys, we're fine out here in the real world without you.

Vitagliano: They said ‘what Hollywood star do women love’ and they found that they love overwhelmingly George Clooney,

Also, they love choice. And access to healthcare. But mostly George Clooney.

so what they did is they went and got George Clooney to have a dinner with President Obama and then they had a big fundraiser and they said to women, ‘if you want to have dinner with George Clooney and President Obama here is how much you pay per plate for this big fundraiser.’ They did the same thing in the east with Sarah Jessica Parker, who was a beloved icon of many women.

Name one woman for whom Sarah Jessica Parker is a "beloved icon."

So what they did, and it’s brilliant even while cynical, is they hooked women to Obama through these Hollywood stars. These women were saying well ‘George Clooney loves President Obama,’ and a fair number of them I’m guessing said, ‘so I love President Obama,’ and the same thing with Sarah Jessica Parker.

See, now this is where a normal person, if there was a normal person in the studio, would step in and say "maybe women aren't voting for you because this is what you think of them. You think that they will vote for whomever Mr. Sexypants movie star seems to like.  And you're saying this on the radio, not behind closed doors. You're going out in public and asking "why won't these stupid jerk women vote for us?'"

But of course, there was no normal person in the AFA studio. They have rules, you know.

And, by the way, if women voted for whichever candidate has the hottest movie star endorsement, President Kerry would be wrapping up his second term.

Oh, and Gay Marriage would be mandatory

That to me, and this is obviously an overstatement, that to me is not what the Founding Fathers envisioned that when they were hoping for a well-informed electorate being advised of the issues and studying the issues,

Yeas, the Founding Fathers envisioned elections won by whichever candidate could best take the other's words out of context, twisting them beyond recognition.  The Founders envisioned an America where the candidate who was chummy with the most conspiracy-spewing blowhard ass-clowns would be declared the winner by mutual assent!

Farah concurred and said Hollywood is “bombarding” Americans with “unconstitutional” and “ungodly” ideas, and asserted that even law schools no longer teach the Constitution. 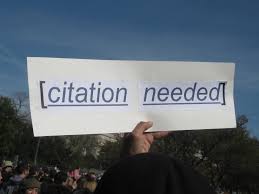 Farah: That’s right. We think these decisions that America made on Election Day every four years or every two years but they’re really not; how does George Clooney become this icon to women? 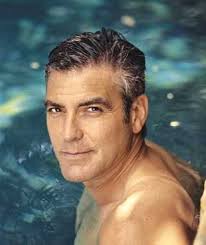 Yes, what do they see in him?
And why is he always trying to turn me gay?

Farah: When you look at that election map and you see the big swaths of red and the little pockets of blue and the little pockets of blue are dictating to the big swaths of red. This isn’t new, this isn’t just in 2012, this has been the case for many, many years, every election in my lifetime has been like this but it’s getting worse

I miss the good old days, when elections were decided by number of hectares, not number of people voting.

So what’s the answer? I think there’s only a couple of things we can do, we’ve talked about them before together, I think it is very important that Christians get down on their knees and tremble before God for what has happened to this country,

If there's a problem that can't be solved with a good trembling, I'm not aware of it.

Wildmon: This was history made Tuesday night in this respect: a fellow won re-election for president who was by all measurements a failure, an utter and complete failure.

What? Bush is back? Shit!

No, I guess when you live in the bubble, you see Obama as an utter complete failure, even though he did manage to pass limited healthcare reform, the market is up, employment is slowly improving,  there is a consumer financial protection thingy, torture is illegal again, and the stimulus worked. (Although it would have worked a lot better had he not been dead-set on trying to please Republicans)