The word "Celebrity" used to mean something. It used to refer to someone whose accomplishments were Celebrated. So someone like, say Meryl Streep, an accomplished actress, would be a celebrity while someone like Monica Lewinsky would not. There is a difference between celebrity and notoriety. Or at least there was.

Now we have loathsome, contemptible wastes of space like Heidi and Spencer* being treated as luminaries by an industry that needs a steady supply of so-called celebrities on which to report.

*I'm sure they have last names, they just seem always to be referred to by first names only, as if they were friends of the readers - or by the uniquely atrocious name combination "Speidi."

So, forgive me if I take a bit of schadenfreude from the following story: 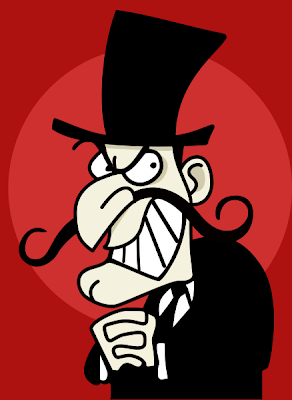 Heidi Pratt was tortured by NBC to the point she was "convulsively throwing up" -- that's what some people on the set of "I'm a Celebrity ... Get Me Out of Here!" are telling TMZ.

We've learned Heidi was rushed to the hospital and diagnosed with a gastric ulcer, after being held with hubby Spencer Pratt in a dark room for a day and a night with only water, rice and beans. It was designed as punishment because they left the show.
Now that's I show I might watch!

We're told some of the cast members want to quit, but their passports have been taken away and they are under guard.

Who are these other cast members? According to the show's website, they include Janice Dickenson (who is a celebrity only if you count having once been pretty and having her photo taken in different outfits as an accomplishment), Sanjaya (who is a celebrity if losing a talent show while displaying various odd hairstyles is an acheivement), and Patti Blagojevich (whose accomplishments include being married to a corrupt politician, and . . .um. . .I guess that's it).

Paul Telegdy, NBC's Exec VP of Alternative Programming, told Ryan Seacrest about holding Heidi and Spencer in isolation as punishment, adding, "...They are now going to be examined, and their value system utterly deconstructed ...These people really are going to bare their souls."
If this is true, then Paul Telegdy is, well not a hero, but what do you call someone who does a very good thing for all the wrong reasons? Like if Howard Florey had been trying to develop a biological weapon and accidentally invented penicilin? (and who's to say he wasn't?) True, Telegdy seems to think that he's going to discover some heretofore unseen depth in the empty, soulless twosome - which is a fool's errand if ever I've heard of one - but if the result is Heidi and Spencer being tortured on national TV, then kudos to you, Mr. Telegdy!

If that seems harsh, let me just show you this as evidence that these people are (theoretically) getting what they deserve:

One cast member described their treatment this way -- "It's the same as Guantanamo Bay."
Seriously, in the real world, there is NEVER an excuse for torture. If even as despicable a pair as Heidi &Spencer were actually tortured, that would be inexcusable. Torture is a war crime and a crime against humanity, and it is the policy of the Daily Irritant that anyone involved in torture should be prosecuted and punished accordingly.

But come on, don't tell me you don't get a grin out of this story.