Who said the worst thing?

"As it relates to my brother, there's one thing I know for sure: He kept us safe," Bush said. 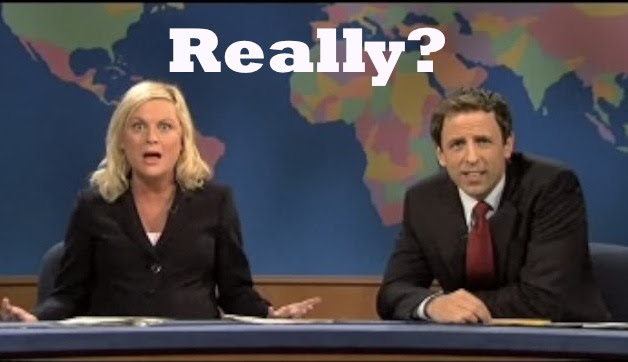 Goddammit I am sick of this particular line of bullshit that Dubya's apologists have been spewing out for years. He kept us safe? Oh, except for that one day in September, it was around the 10th or 12th or, oh who remembers? I don't know how this can possibly not be so obvious as to go without saying, but YOU DON'T GET A MULLIGAN FOR 9/11!!!!

It's like saying "I've been a model husband, you know, other than that affair I had." or "I am completely drug-free, except for cocaine." The worst terror attack in our nation's history happened on your brother's watch, while he was asleep at the switch. You don't get to claim that he "kept us safe."

Oh, and also the anthrax letters. That was on his watch, too. And his administration's criminally negligent response to Hurricane Katrina. Oh, and also the 4,000 or so Americans who lost their lives invading the wrong country, they weren't kept all that safe by your idiot brother.

And he even makes it worse by adding:

Kept us safe? Fuck you!

“I think we ought to get rid of all the taxes on people who produce. Why should we penalize productivity? And it’s why I’m an unabashed supporter of the Fair Tax They're going to buy all the things and then they'll be charged the tax.

"...As regards Planned Parenthood, anyone who has watched this videotape, I dare Hillary Clinton, Barack Obama to watch these tapes. Watch a fully formed fetus on the table, it's heart beating, its legs kicking, while someone says we have to keep it alive to harvest its brain.


That's just a huge bald-faced lie. There is no such video. I almost didn't even think it was worth doing any checking, as absurd as this claim is, but I figured what the heck, and Googled it. It is, as I thought, a fucking lie. (politifact)

This actually started out somewhat encouragingly, as Paul argued against sending American troops into battle in the Middle East. But then. . . well, it's Rand Paul, so . . .

"There will always be a Bush or Clinton for you if you want to go back to war in Iraq. But the thing is the first war was a mistake, and I’m not sending our sons and our daughters back to Iraq. The war didn’t work."

O my God! Someone on that fucking stage actually has some tenuous grasp on reality? Who knew?
But then. . .

Paul argued that America should "amplify" those who live there to fight for their freedom by, for example, providing arms to the Kurds and using air power.
However, Paul said, "the boots on the ground need to be the people who live there."

"Why are we always the world's patsies where we have to go over there and fight their wars for them? They need to fight their wars, but we need to defend America's interests, and it's not in America's national security interest to have another war in Iraq."

Really? Is that really what you think happens? Like the Iraqi people called us up and said "hey, we can't exactly invade ourselves, would you mind bombing the fuck out of us, killing untold thousands of our people and leaving a huge power vacuum in the least stable region of the world? Thanks. Oh, and if you could maybe decimate our infrastructure too, that'd be super!"
You think we're fighting "their" wars for "them?"  They didn't want these wars. Iraq, Afghanistan, they weren't exactly itching to be invaded by a foreign superpower. You seriously think we're doing these people a favor when we send our soldiers in to kill tons of people?  My God, if Rand Paul ever offers to do you a favor, run!

Graham took shots at President Obama’s foreign policy, asking “how do you sleep at night”


Well, it's a lot easier to sleep when you're not crammed into that tiny closet.

But the award for the most ridiculous thing said about last night's debate goes to formerly respected (somewhat) "news" magazine TIME:

It was vintage Lindsey Graham: pragmatic and level-headed, refusing to pander, wisecracking his way to the next political fight.


Pragmatic? Level-Headed? Since when are those attributes ever been attributed to Graham? The Chicken Little of the Senate? Graham wants to bomb everyone he doesn't want to invade, because he's so sure that if we leave any of "those people" alive, they will terrorist our entire country to death with nuclear bombs and chemical weapons that they somehow got from, oh. . .I don't know. . . Obama?
Lindsey Graham spends more time clutching his pearls than an oyster. And when has he ever been reluctant to pander?