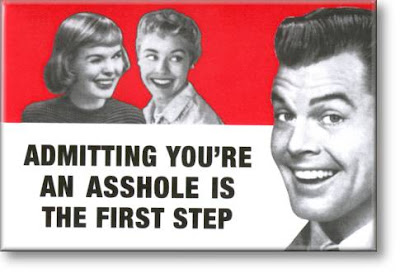 My first Nominee for asshole of the year goes to Georgia's own Neal Boortz.

Neal has always been an asshole as well as being one of the primary forces behind the "fair tax" movement. Boortz is sort of infamous, at least here in Atlanta, for saying assholish things like "Muslims . . .are sort of like cockroaches," "Cynthia McKinney. . .looks like a ghetto slut," and : "Give 'em all a little nuclear waste and let 'em take it on down there to Mexico. Tell 'em it can -- it'll heat tortillas."

But now, Neal has stooped to picking on a 16-year-old girl. Really.

It all started when a yearbook photo showed a Florida girl who was apparently not wearing underwear. She said she had not worn underwear because she was embarrassed by the visible panty lines showing through her skirt. Well, of course this young lady was devestated when the yearbooks were passed out, and she became aware of the x-rated nature of the picture.
Now one would think that the proper way to handle this "story" would be to ignore it, since A) it's not a news story and B) discussing it any further would only add to the young lady's humiliation. But not our Neal! Neal had this to say about the incident:

“This 16 year old girl at Sickles High School in Tampa, Florida. First of all, she’s a little hefty.
Ok, let me stop you right there. How do you know that she's "a little hefty"? I think the only way you could no that is if you did a Google search for "pictures of 16-year-old girl with no underpants." That's what you did, isn't it? Normally, if a grown man hears about an underaged girl being photographed 'sans coulotte' he avoids the pictures, you know, lest he be thought to be a degenerate. But do go on.

First of all, she’s a little hefty. She’ s still young enough that she hasn’t blimped up to the point that she is deserving of being an object of ridicule, but she is a little hefty,

Wow! Are you really saying that there is a weight at which one deserves to be ridiculed? Is that really what you are saying? Because if that is the case, I think maybe there is a level of baldness, ugly-as-fuck-ness, and of being half a retard which would be deserving, and believe me, you've crossed all three of those threshholds.

See what I mean?

So maybe we could lay off of the weight-based insults?

"she is a little hefty, and her mom is a blimp, but this does play in here. “
Goddamn are you a dick!

Listen to the audio :

He seems to be upset that "you can't see anything!"

And he says he "has no sympathy" for this girl because " “If she wasn’t overweight the visible panty line wouldn’t be a problem.” 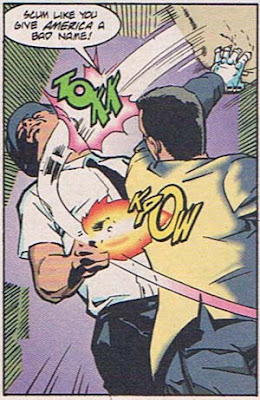 You're the Front-runner for Asshole of the year!

Oh, and by the way, I saw the news footage of the girl and her mother and she is certainly Not fat! Not that it matters, but she isn't.