Well, it's only April, but we already have our first nominee for idiot of the year. His name is Erick Erickson and he writes for something called "Red State.Com."

At What Point Do People Revolt?

I'm not sure if old Erick is afraid of the revolt he imagines is coming or if he supports it, but he writes hogwash like this:

Were I in Washington State, I’d be cleaning my gun right about now waiting to protect my property from the coming riots or the government apparatchiks coming to enforce nonsensical legislation.

So what has happened in Washington to put him in such a tizzy? Has martial law been declared? Has the state government demanded the sacrifice of the first-born? What could it be?

Spokane County became the launch pad last July for the nation’s strictest ban on dishwasher detergent made with phosphates, a measure aimed at reducing water pollution. The ban will be expanded statewide in July 2010, the same time similar laws take effect in several other states.

Detergent. The stuff for washing dishes, that detergent?

What exactly is the problem here?

Washington State has turned its residents into a group of drug runners — crossing state lines to buy dish washer detergent with phosphate.

But the rage is building. It’s not a partisan issue. There is bipartisan angst at out of control government made worse by dumb bans like this

They're going to run on a detergent-based platform in 2010?

. . . But it is going to have to get back to “leave me the hell alone” style federalism where the national government recedes and the people themselves will have to fight to take their states back from special interests out of touch with body politic as a whole.

Yeah, reducing water pollution is such a tiny, special-interest issue. I mean, it only affects people who drink water. Or make canned soup with water. Or boil spaghetti in water. Or whose bodies are composed of around 2/3 water.

Erick Erickson. Nominee for idiot of the year!

Posted by Professor Chaos at 9:21 PM No comments: 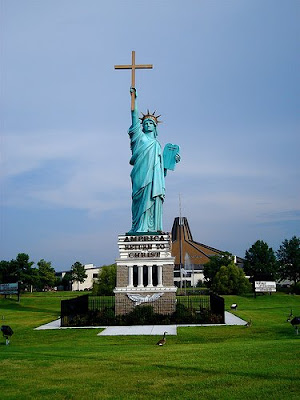 
Apparently, once one wing-nut website gets your e-mail address, they all get it. Now I'm receiving messages from something called "One News Now.com." The latest is entitled "A Christian Nation?" by someone named David Limbaugh, whom i can only assume is the ignoramus son of ignoramus Rush Limbaugh. In it Mr Limbaugh concludes that

"if we are talking about the ideals that led to the very colonization of this land, our declaration of independence from Britain, and the formulation of our Constitution, then the answer is certainly "yes." In the words of professor John Eidsmoe, "If by the term Christian nation one means a nation that was founded on biblical values, then in that sense the United States may truly be called a Christian nation."

Let's take a look at Biblical values as opposed to American ones and see how well they match up, shall we?


Let's use the 10 Commandments. Can't get much more biblical than the Big 10, right?

#1--Thou Shalt have no other Gods
In America, we have freedom of religion. You can worship God or Allah or Buddha or Jah Rastafari or no one at all, and its perfectly legal!

#2--Thou shalt not take the Name of the Lord thy God in Vain
In America, we have freedom of speech. You can say Oh My God! or God Damn it! with impunity!

#3--Remember the Sabbath Day to keep it Holy
No laws in America about working on the Sabbath. Even godly companies like Wal-Mart require their employees to work on Sunday and no one seems bothered by this.

#4--Honor thy Father and Mother, etc.
Hmm, back to freedom of speech again. I can stand in the public square and declare to all who will listen that my father, W.L. Chaos, is the biggest weenie in the world (which he is not, my old man can totally beat up your old man) and face absolutely no sanctions.

#5--Thou Shalt Not Kill
Okay. Here's a law we do have. Murder is definitely illegal. But seriously, has their ever been a society which did not outlaw murder? Did the pagan Romans or the pantheistic Messopotamians, or the polytheistic Hindus of India ever allow murder? The banning of murder is a universal value that all cultures, religions, and societies share. So while it is one of the values of "Judeo-Christian" culture, it is certainly not exclusive to the followers of Jaweh or Christ.

#6--Thou Shalt Not Commit Adultery
No laws against adultery in America. Thomas Jefferson made boingy-boingy with his slaves. Ben Franklin poked every woman he could get his hands on.

#7--Thou Shalt Not Steal
Like the proscription on murder, the illegality of theft is something that is common to every civilized culture.

#8--Thou Shalt not Bear False Witness Against Thy Neighbor
Ok, we do have laws forbidding perjury. (Although we learned in Sunday School that #8 forbids lying in general, which is not illegal in these United States, but let's give Old Dave this one)

#9--Thou Shalt not Covet Thy Neighbor's Wife
In the US of A, not only can you covet her, you can have an affair with her if she's willing. She can even divorce your lame-o neighbor Flanders and marry you if she wishes.

#10--Thou shalt not Covet Thy Neighbor's House or Field, etc.
Any laws against coveting? Any laws which forbid any thoughts of any kind? No? I didn't think so.

So let's tally up the final score, shall we?
American laws are in agreement with the 10 commandments in exactly 3 out of 10 instances (and that's with the most generous interpretations) Sounds like a pretty Un-Christian society to me.

But wait. The 10 Commandments are in the Old Testament. Let's see what Jesus himself had to say about His values: 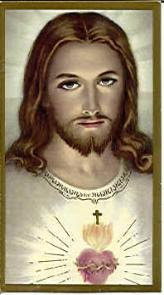 Blessed are the peacemakers: for they shall be called the children of God. [Matthew 5:9]

So, if we want to be a country based on Christian values, we should make peace. Hmm, I don't think I can remember a time when we weren't at war with someone or other.

Resist not evil: but whosoever shall smite thee on thy right cheek, turn to him the other also. [Matthew 5:39]

I say unto you, Love your enemies, bless them that curse you, do good to them that hate you, and pray for them which despite-fully use you, and persecute you; [Matthew 5:44]

If we want to be a Christian-values society, I have to think that this maxim would apply even to people like Al Quaeda.

If any one of you is without sin, let him be the first to cast a stone at her. [John 8:7] Do not judge, lest
you too be judged.

So it looks like a Christian value based society might have to be non-judgemental, even of **gasp** the GAYS!

So it seems pretty clear that the US was Not founded on Christian principles, and that our laws are obviously NOT based on the 10 commandments.
So, Mr Limbaugh, what other evidence do you cite to support your supposition that the US is a "Christian Nation?

Much of our Bill of Rights is biblically based, as well, and the Ten Commandments and further laws set out in the book of Exodus form the basis of our Western law.

Geez, You weren't paying attention at all, were you?

Posted by Professor Chaos at 7:50 PM No comments: