We were at this show! If you listen closely, you can hear us clapping.

Posted by Professor Chaos at 8:03 PM No comments:

So, apparently pretty much anyone can issue an endorsement now.

Via POLITICO’s Maggie Haberman, Republican presidential candidate Rick Santorum has picked up an endorsement from the Duggar family, famous for the TLC reality show “19 and Counting.” 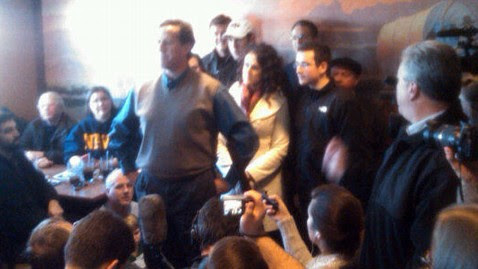 Why would anyone think that the endorsement of this carnival sideshow of a family would be helpful? Is anyone having a hard time deciding on a candidate waiting for these weirdos to weigh in?
Oh, but what if Octomom endorses Romney? What if the women who didn't know they were pregnant throw their support behind Ron Paul? Or the 16 & Pregnant girls line up behind Rick Perry?

And Santorum gets the endorsement of the entire Duggar family? Aren't most of them children?

Although, to be fair, none of them are fetuses in Mason jars.
But really, what would go through the minds of these people to decide that " the people should know which assclown candidate our family has chosen."  Because who wouldn't seek guidance from a man who just keeps knocking up the wife again and again with no concern for her health whatsoever and a woman who believes that if the Good Lord has given you a vagina, you should use it to machine-gun fire as many Village of the Damned kids into the world as you possibly can until your last egg is spent. 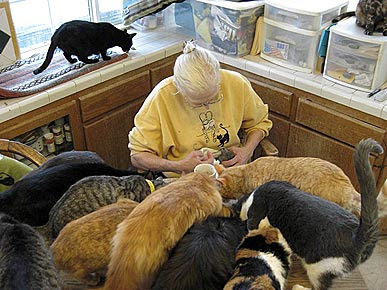 I'm waiting to see who the animal hoarders throw their support behind.
Posted by Professor Chaos at 7:55 PM No comments: