So What Did I Miss?

We're back in the good ol' U.S. of A, did I miss anything interesting while I was gone?


God damn it, Wanda Jackson played Atlanta's Terminal West while we were in Mexico! Fucking figures!

Jim DeMint is resigning? I have to assume he's being investigated for something, no way he just gives up his Senate seat for, what, a change of scenery?

“I’m leaving the Senate now, but I’m not leaving the fight. I’ve decided to join The Heritage Foundation at a time when the conservative movement needs strong leadership in the battle of ideas,” DeMint said in a statement.

So, sure he's going on wingnut welfare, but he could have done that any time. Something's gotta be coming down the pipeline.

Wow, Taylor Swift really gets around

After a summer of stalking the Kennedy family by holding hands with high schooler Conor Kennedy, country singer Taylor Swift, 22, reportedly fell very swiftly (get it?) into the arms of One Direction’s Harry Styles, 18, when things ended with the Deerfield Academy junior in October.

For a woman-child who paints a picture of innocence in all her A-line dresses, high necklines, blonde bangs and saccharine-sweet lyrics, Swift really gets around.

Here is a roundup of Swift’s (alleged) boyfriends over the past few years, ranging from the barely legal pool to much older and more disgusting  – (cough) John Mayer (cough).


Why is it anyone's business whom she dates? No explanation is forthcoming from the sad gossip-mongers at the Daily Caller.

Because what goes better with slut-shaming than a side of homophobia?

Then there were the Jake Gyllenhaal photo-ops of 2010, when Swift and the older actor were seen holding hands a lot and drinking coffee


Holding hands AND drinking coffee? What a scandal!
In Salt Lake City.
In 1952.

“We Are Never Ever Getting Back Together” is allegedly about Gyllenhaal, because apparently he did not want to simply

“hit it and quit it” (as the kids say) and kept trying to get back together with her even though he didn’t like her lousy music. (Again, can you really blame the guy?)

First of all, no the kids do not say "hit it and quit it." Secondly, what did this girl ever do to you? This really feels like a personal grudge.

Honestly, how is Taylor Swift's love life more of a scandal than the fact that she appears to be made of something other than human flesh. 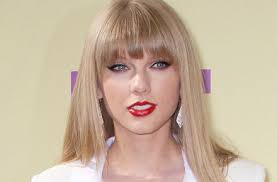 Japanese sex robot?
And speaking of ridiculous non-scandals, the Republicans are still trying to manufacture a scandal out of the thin air of Benghazi.

Apparently, they've decided to narrow the focus of their war on women to a war on one particular woman, Susan Rice. 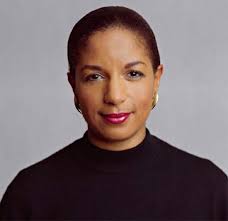 In the movie version, she'll be played by Maya Rudolph
If I understand correctly, the "scandal" is that Ms Rice said something which may have not been exactly true in an interview, which had the consequences of , um. . . hmm! I don't know what bad things are supposed to have happened as a result of Ms Rice's repeating what the CIA told her to say.

But why let that stand in the way of a good smear campaign? Usually when you hurl accusations at someone, it's at least clear what it is she's being accused of, but whatever!

And in a stunning display of shamelessness, Dan Senor surfaced to criticize Susan Rice on the Sunday bull session:

Dan Senor, the former spokesman for the Provisional Coalition Authority, or whatever it was called. The face of the Iraq debacle, Dan Senor. Questioning someone's credibility. Wow!

It had to happen: A start-up company is offering rides to the moon. Book your seat now — though it’s going to set you back $750 million (it’s unclear if that includes baggage fees).
Everything will be automated and controlled from Earth. It’ll be like taking a train, the company said.
The company’s board of advisers includes former speaker of the House Newt Gingrich, who during the Republican primaries early this year said that as president he’d establish a permanent moon base by 2021.

Gingrich has to be smart enough to see what a dumbfuck business model this is, a moon-tourism company? Selling $750 million tickets? Ridiculous zillionaires can already buy their way on to a Russian space ship, but sure, there's probably a whole bunch of potential customers who haven't yet done it. This business should be belly-up within the year, but Newt will have lined his pockets with "advisory fees" and God knows he isn't putting up any of his own money. 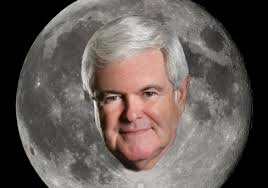