The Year in Television Part III


Okay, first I'm going to have to pull a Steve Harvey. Or a Warren Beatty or whoever screwed up at the last Oscars. Anyway, I have to correct myself and say that the best actor in a comedy for 2017 is actually Rob Delaney from Catastrophe.

It seemed like we waited forevvvvvvver for Broad City to come back while Abbi and Ilana were busy "making mooovies" and "building their careeers," and when it did finally come back on the air somehting just wasn't right. The chemistry seemed a little off or the timing or something, I don't know it just wasn't the hilarity I've come to expect from Broad City.
And I think they may have known this because they trotted out a couple of gimicky episodes - the "Sliding Doors"-esque When Abbi  Met Ilana episode and the mostly animated tripping on mushrooms episode. Neither of which really worked very well.

There was one positive thing about this season, though. . .

It's RuPaul!
I knew he could sing and I knew he could host a reality show, but I did not know he could act. I don't know whether he's going to continue on the show next season, but they'd be crazy to let him go, he is hysterical as the arrogant restaurateur who gives Ilana a job and teaches her to be profitably bitchy.

The Garbage People, The Walking Dead

They're probably not really called the Garbage People. I think they're the "scavengers" or somehting, but the idea is that they have been hiding in a garbage dump during the zombie outbreak and somehow, even though there are at least a couple dozen of them and it's only been a couple years, they have somehow forgotten how to speak normally?. They talk in this ridiculous pidgin English, saying things like "Shot you. Why back after?" or "Show Rick up up up." Plus they all dress like extras from the Star Wars prequels. There are normal clothes everywhere for the taking, why in the hell would they all be wearing these post-apocalyptic tunics?  Everything about them is annoying.


Biggest Gamble that Paid Off:

"Killing" Ozzie on People of Earth 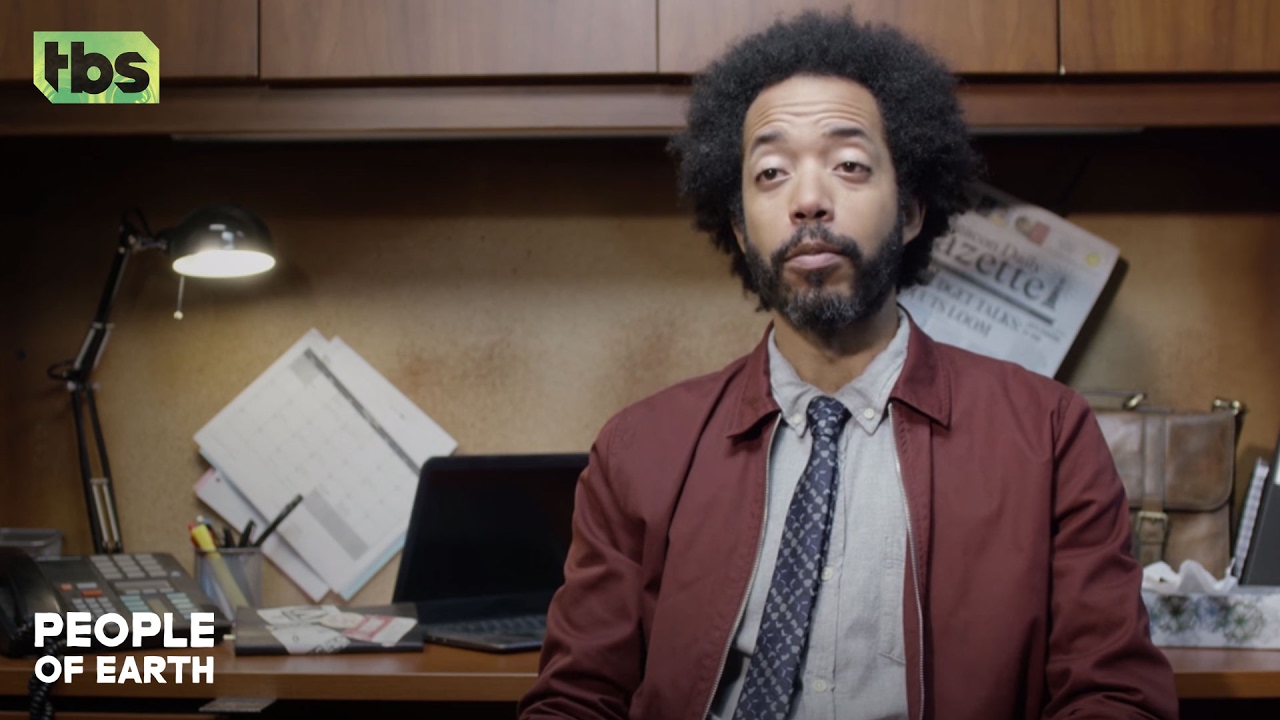 Ozzie, played by Daily Show alum Wyatt Cenac, is the main character. Having him get shot and killed was a huge risk. Sure, you assume that the aliens will resurrect him, they have that technology, but this would be like the producers of Seinfeld decided to film a few episodes without Jerry Seinfeld. Anyway, it worked. We got to see the supporting characters develop, we got storylines about various relationships and it was still funny.

Come to think of it, George Elaine and Kramer probably could've pulled off a few episodes without Jerry too if they'd had to.

AMC going all in with nerd culture.


Sure, AMC somehow stumbled on to a huge hit with the Walking Dead. So I guess it shouldn't be surprising that they would try to duplicate that success. But now nearly their entire schedule is made up of shows based on comics or designed to appeal to the comic-book-reading demographic.


There's Into the Badlands This from the network that gave us so many great original ideas from Breaking Bad to Mad Men to Halt and Catch Fire to Turn.

Nothing against nerd culture, but I would hate to see this once great channel start churning out sci-fi and comic book adaptations instead of coming up with new and original ideas. I mean, we already have the SYFY channel.


Show I used to Like that has Become Unwatchable:

This show used to be pretty funny. I mean, it wasn't brilliant, It wasn't Arrested Development or Curb Your Enthusiasm. But it was enjoyable. Now it's just grating. Like fingernails onm a chalkboard-level grating. Will Forte's character has always been an annoying doofus, that was the point, but now he's just aggressively obnoxious. Like he's trying to win a bet by proving he can drive away his entire viewership. Worse, Kristen Schaal isn't even funny anymore. Do you know how hard you have to work to make Kristen Schaal not funny? She's not even likeable on this show. For some reason they decided that her character should just be negative and rude and unpleasant. A running "joke" o the show is that she corrects people's grammar.That's it. That's the joke.
The show has gotten so bad that bringing on Kristen Wiig and Chris Elliot didn't even help.
Unwatchable.

It's spooky, it's trippy, and the mirror effect eventually turns it into a game of "how many vaginas can you spot?" And since it seems to be a show (I've only seen 2 episodes) that centers around caves and tunnels and the dangers therein, I have to think this is probably not accidental.


I get it. Pamela Adlon's main character has children, ergo she is a mother.  Got it. But the John Lennon song Mother is a cry of pain from a boy whose mother has abandoned him by dying. My God, the ending of the song is Lennon shouting "Mama don't go. Daddy come home!" over and over again. It's heart-wrenching.

Mother, you had me but I never had you
I wanted you, you didn't want me
So I, I just gotta tell you
Goodbye, goodbye

Father, you left me but I never left you
I needed you, you didn't need me
So I, I just gotta tell you
Goodbye, goodbye

Children, don't do what I have done
I couldn't walk and I tried to run
So I, I just gotta tell you
Goodbye, goodbye


Definitely not appropriate for a "haha look how messy my life is, I get sarcastic with my disrespctful children" comedy that was better the first time when it was called "Roseanne."


So there are suddenly new episodes of Will and Grace? With the same cast and everything? It's been off the air for a decade, did anyone really miss it?

They did a new season of Gilmore Girls. Rosanne is coming back. There's a new One Day at a Time and a new Odd Couple? I mean I know the entertainment industry is averse to original idea, but this is just sad.