I believe we've touched on this theme before (here) so bear with me if this feels repetitive.

I know by now, it shouldn't be shocking, or even surprising to read something like this column by some pea-brain named Micheal Barone:

On Guns and Climate, the Elites Are Out of Touch
by Michael Barone

but I'm still stunned by the level of willful ignorance and the lack of simple logic that goes into a statement like this:

Similarly, last month, pollster Scott Rasmussen found that only 34 percent believes that global warming is caused by human activity, while 48 percent said it is caused by long-term planetary trends. That's almost exactly the opposite of what he found 12 months before -- 47 to 34 percent the other way around. However, 48 percent of the group Rasmussen calls the "Political Class" -- in other words, the elite -- continues to believe global warming is man-made.

I'm seriously flabbergasted that someone would actually posit that public opinion polling is in some way relevant to science.
I imagine that if Mr. Barone's car breaks down, he stops 100 people at random and asks them what they think is wrong with it. Then if his mechanic's diagnosis is different, well, the mechanic must be wrong! 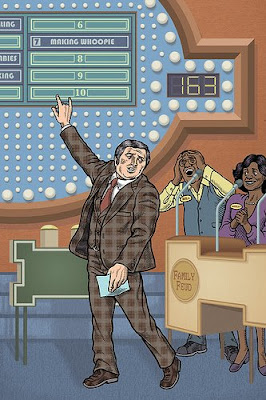 In Mr. Barone's world, this counts as scientific research!

What else ya got, Barone?

As for global warming, many Americans may have noticed that temperatures actually haven't been rising over the past decade, as global warming alarmists predicted. The elites are able to hire armed security guards and jet off on private jets, so they are less likely to notice these things.
Seriously, I can't believe I actually have to tell you this, but casual observation is NOT on a par with scientific research.

Here's another point. Let's say global warming has topped off. Let's say that it's not going to get any warmer. Even if that were true, it's already too hot! The polar ice caps are melting, sea levels are rising, if the temperature doesn't go any higher, that just means that these phenomena will not speed up. It doesn't mean that the will stop or reverse themselves.

If you place an ice cube out on the kitchen counter, it will start to melt. Assuming your kitchen is kept at a normal temperature, it will melt pretty slowly. If the temperature is raised, the melting will speed up, but even if the temperature never increases, the ice will continue to melt. No matter how many people you survey who might believe otherwise, the facts don't change. 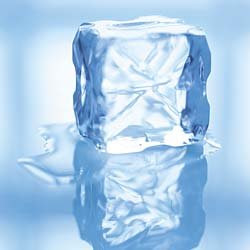 There's something very wrong with our society if people believe that scientific facts are subject to opinion polling. Sure, everyone has an opinion, and on some subjects, like say, the best flavor of ice cream, or the best hitter in baseball, one opinion's as good as the next. No, scratch that! When it comes to the best hitter in baseball, yes, that's a matter of opinion, and there can never be any one definitively right answer, but the opinion of, say, Willie Mays, or Hank Aaron, or Joe Torre should carry a lot more weight than that of the average baseball 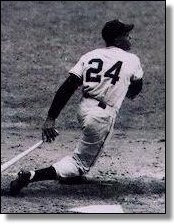 fan, and a hell of a lot more than the opinion of someone who doesn't follow baseball. Would anyone disagree with that? Would anyone argue "I know as much about hitting as Willie Mays!" No! No one with any sense would make that claim.

So why should the average person's opinion carry that kind of weight when it comes to science? I'll bet the average Joe on the street knows a hell of a lot more about baseball than he does about climatology, but he would never claim to know as much as Mays, or Aaron, or Torre, etc. But on the much more arcane subject of global climate trends, oh sure! My high-school science class that I slept through and copied off of the smart girl to pass gives me the same level of expertise as a PhD who has spent his adult life studying the subject. Where does this level of bone-headed arrogance come from? It's stunning! But I guess by now I shouldn't be surprised.