I don't know why Christmas time seems to bring out the worst advertisements. But Jeezus Christ, they get worse every year. This year's leader so far is the Ford "Dream Big" campaign. 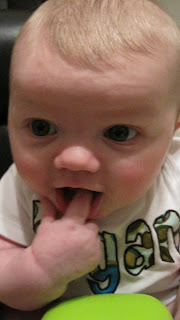 Is it wrong that I want to punch that child's face into the back of his head? And then flog both his parents? Yeah, I guess so, but Jeezus!

Who decided that having kids talk like douchy adults was cute? It's not. And the kids in these ads take that to the extreme:  obnoxious, arrogant, disrespectful, and snotty. What would make anyone think that loathsome, despicable little brats would make anyone want to buy a truck? Unless it's to run these little creeps over.

And when did it become cute for kids to demand things from Santa instead of asking for them? This kid says "It's F-150 or Nothing?" Guess what, it's nothing you little prick! You're getting coal. No, you're not even getting coal, Santa is going to come down your chimney and literally take a shit in your stocking. Or he would if I were him.


The girl isn't as hateful as that little boy, but she's still obnoxious and not making me want to buy a Ford. Certainly not for her. Because I hate her.

And this one is kind of racist:

Why does the black kid have to say things like "my smooth" and "as fly as me?" And why does Santa assume he wants "new sneakers?"

So, heck of a job there, Ford. I'm sure folks must be lining up at your dealerships after these ads!